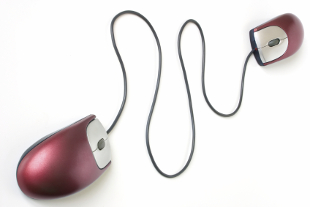 ISTOCK, LUCATOClose collaborations between pairs of researchers—spanning many years and jointly authored papers—can boost the number of citations each coauthored paper receives by 17 percent compared to publications resulting from shorter-term, less productive collaborations, according to an analysis published today (August 10) in PNAS. The findings lend support for institutional policies that support teamwork, said cardiologist and researcher Joseph Loscalzo of the Brigham and Women’s Hospital in Boston who was not involved with the research.

“[The study] supports what people have suspected for a long time, but never been able to demonstrate well, quantitatively or semi-quantitatively,” Loscalzo added.

Alexander Petersen of Italy’s IMT Institute for Advanced Studies Lucca analyzed publications authored by 473 biologists and physicists throughout their careers, comprising 166,000 collaborators and 94,000 papers. He found that 60 percent to 80 percent of the collaborations of a given scientist analyzed lasted one year or less (according to...

The finding suggests collaborative publishing is beneficial, said Ge Wang, director of the Biomedical Imaging Center at Rensselaer Polytechnic Institute in Troy, New York, who did not participate in the study. “At my institution, there are several so-called ‘constellations,’ groups of researchers with complementary expertise who are working on pursue a cutting-edge frontier.” These partnerships can be helpful academically, psychologically, and socially, Wang added.

The results also highlight the serial nature of collaborations, raising the question of why many collaborations decay, Loscalzo said. That and the hierarchal relationships within these super ties—a phenomenon not addressed in the study—are future lines of inquiry that could help scientists to strengthen research partnerships, he added

Petersen’s analysis focused on pairs of researchers, as opposed to triads or larger teams, but authorship lists have grown over the years as scientific work has become an increasingly interdisciplinary and team-based. For scientists to thrive in their careers, especially early on, it has become necessary to distinguish their roles on a given project. Individuals could be tempted to inflate their CVs by coauthoring one another’s publications, Petersen said.

The findings suggest that institutional policy makers should consider both the benefits of collaboration and the possibility of inflation. “We want to be sure that people aren’t gaming the system,” Petersen said. On the other hand, he added, “we don’t want to discourage collaboration by implementing policies that hurt the incentives to collaborate.”

The Hirsch index (H-index) is currently the most popular way to rank researchers according to their publications and citations. (A scientist has a value of h if he or she published h papers that have received h citations each.) The index falls short in several ways, though—including that it can become inflated if the researcher frequently publishes collaborative work.

The H-index also does not account for the variability in collaborative behaviors across different fields of study, Wang pointed out. In 2013, he and his colleagues proposed a “collaboration index” and related measures to account for the contributions of a coauthor on a given paper. “Generally speaking, academic assessment would be more precise if coauthorship and related credit-sharing could be taken into account,” Wang said.