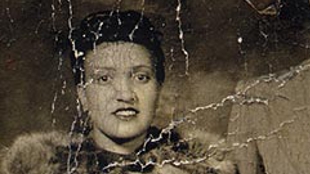 Henrietta Lacks in 1945WIKIMEDIA, IMAGE COURTESY OF THE LACKS FAMILYThrough negotiations with the surviving family members of Henrietta Lacks, the National Institutes of Health (NIH) has outlined a framework for sharing the genome sequence of HeLa cells, the progenitors of which were provided without consent more than 60 years ago. The cervical cancer cells were harvested from Lacks at Johns Hopkins University hospital, and became the first cells researchers were able to culture indefinitely. Those original samples would go on to give birth to cell lines that are still replicating in thousands of labs around the world and to shed light on the molecular and genetic mechanics of cancer and myriad other biological phenomena.

The unprecedented agreement—announced yesterday (August 7) in Nature via a commentary written by NIH Director Francis Collins and Kathy Hudson, the agency’s deputy director for science, outreach, and policy—spells out terms that make two...

Researchers who use the genome data in their work are also asked to formally recognize and acknowledge the contribution of Henrietta and her family to science. A board that will include members of the Lacks family will review applications to access the data and will evaluate papers that used the data to ensure that proper acknowledgment was given.

Science journalist Rebecca Skloot was instrumental in bringing Collins, Hudson, and other researchers and bioethicists to the table to hammer out the deal, a process that occurred over three meetings and several months. Though Skloot—who brought the bioethical issues concerning the nonconsensual harvesting and culturing of Henrietta Lacks’s cervical cancer cells to the forefront with her 2010 book The Immortal Life of Henrietta Lacks—is adamant that she did not play an active role in the negotiations that led to the agreement, she was present (via phone) for all of the meetings between NIH officials, scientists, genetic counselors, and the Lacks family, playing what she calls an “observer’s role” in the discussions. She also wrote an OpEd piece in The New York Times after the publication of the EMBL genome that likely played a role in the retraction of the paper.

The Scientist spoke with Skloot—who stressed the fact that the opinions of the Lacks family, and not her own, were the most important determinant of the agreement’s success—to get her perspective on the historic deal announced today.

The Scientist: What role did you play in the negotiations that resulted in this deal between NIH and the Lackses?

Rebecca Skloot: When the first genome was published—the German version that I wrote the OpEd about—I talked to Francis Collins and Kathy Hudson at the NIH as sources when I was writing about the genome. So when I first started talking to them it was to interview them about the fact that this genome had been published without consent. And then we just sort of started talking about what happens next. So I said, “OK, how about we get everybody in a room?”

We get Francis Collins, Kathy Hudson, and then I brought in other people who I knew the Lacks family already knew a bit and trusted. . . . At that point, I said, “This is not my job. You guys go and have the discussions you need, and this is sort of private with family.” I sort of felt like I wasn’t going to be involved. And then the family said, “Oh no you’re not!” So they really wanted me to be there, and I was fine with that.

[Still], I saw my role, if anything, as more translator than moderator or negotiator. So I was basically there, mostly quiet the entire time, just listening, and then occasionally, if the Lacks family had a question, we would talk afterwards.

TS: How did the Lacks family approach the discussions?

RS: They’re incredibly proud of the HeLa cells and what they’ve done for science. So they were like, “We want that to keep going. We don’t want HeLa cells to stop doing good things. We just want to have a voice in it.”

TS: Did anyone voice concerns about the agreement imposing limitations that might impede the progress of science around HeLa cell genomes?

RS: Absolutely. It was laid out as one of the important things to consider and to talk about. We talked about each option. And one of those options was: don’t release it. There was a lot of discussion about what that would mean for science and why releasing it is good for science and how having it out there widely can lead to good science happening. The basic gist of it is that you have to be a card-carrying scientist. The family wanted the restrictions to not be too limiting on science. But they simply weren’t comfortable at this point just saying, “Sure, throw it up online so anyone can download it, scientist or not.”

TS: Did the economic argument ever come up? Did the Lackses ever ask, “How can we be compensated for this?”

RS: The topic definitely came up. It’s an important part of their story, historically. So one of the questions was, “What could this mean commercially? Are people going to be patenting this stuff?” Everything that could have been part of this conversation was: consent, privacy, commercialization. They really covered all potential aspects of the topic. . . . And then the Supreme Court ruling on the breast cancer genes happened in the middle of all this. So that changed that conversation quite a bit, because then the answer was, “No. No one can patent any gene that they find and no one can patent the genome.”

I was with the Lacks family as they did an interview the other day, and what they said basically was, “Money is not our big concern in this right now.” Right now they’re thinking about science. They’re thinking about making it so that science can go forward while protecting their family’s privacy.

RS: I don’t know if I could say that there was one [concern] that outweighed them all, . . . But yes, the privacy conversations were extensive, and they had a separate meeting with genetic counselors to understand what of their own information might be in there, what of their parents’ and grandparent’s might be in there.

TS: Do you think that this agreement, or at least the way it was brokered, might serve as a blueprint for future issues concerning bioethics?

RS: This is a very unique situation. . . . I don’t imagine that with every genome that somebody wants to do research on and publish will there be an entire family sitting around the table for multiple meetings talking about how to handle that. If you apply that to every bit of research, that’s unrealistic. . . . But could this help inform the questions that scientists need to ask before they sequence someone’s genome and publish it? Probably. I imagine it will.

What’s important is that this is a very big statement from the NIH and from the scientific community saying, “It matters to know what the subjects want and to tell them what’s going on.” In that way, yes, this is setting an important precedent. . . . I do think it’s sort of a symbol of where things are headed in the future with science and the public being more comfortable and involved with each other.

TS: Do you see this as the pinnacle of the dialogue you started concerning Henrietta Lacks’s case?

RS: My hope is that the next pinnacle will involve the Lacks family and scientists and not me. The only reason I was involved in this is because scientists did this without the family’s consent and then it got all of this press coverage, and no one asked the question, “Did the family give consent?” So I sort of waded back in.

That OpEd that I wrote was the first time I’d ever publically expressed an opinion, which was, “Really?!? Are we going to continue to not ask the Lacks family questions?” I was kind of shocked in a sense that nobody thought to raise that issue.

[But now] I’m very happy that [the negotiations] happened, and in a sense relieved. Because hopefully this will be the beginning of conversations happening between scientists and non-scientists across the board in a way that might be different.