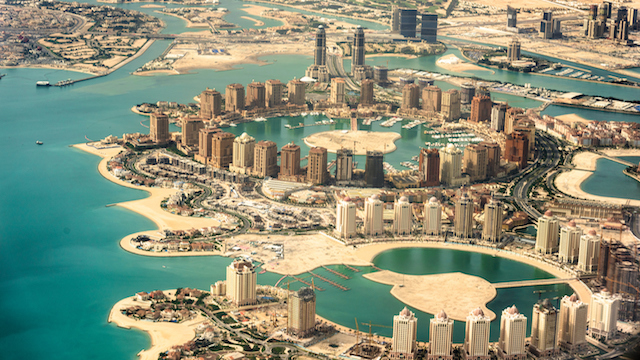 Due to the ongoing diplomatic crisis with surrounding Arab countries, Qatar—the second largest helium supplier in the world—lost access to a major port at Jebel Ali in the United Arab Emirates, from which it sends and receives helium shipments. In mid-June, two Qatari helium refineries were forced to shut down, sending ripples of anxiety through the community of scientists reliant on a steady supply.

“I am unaware of [the blockade] affecting anybody at this time, but we are all worried,” Dean Olson, the director of the NMR lab at the University of Illinois at Urbana-Champaign, told The Scientist early last week. Olson and his community of NMR laboratory directors were bracing for the possibility of...

The situation has improved since last month. According to gasworld, the two plants came back online on July 2. Phil Kornbluth, a helium consultant based in New Jersey, tells The Scientist this was possible because Qatar was able to reroute its shipping path to the smaller Hamad port near Doha. “It’s not a perfect replacement because Hamad is not a major port. It’s unable to accommodate the largest ships and it doesn’t have the same number of destinations the Jebel Ali has,” Kornbluth says. “So the buyers of helium, even though the plants have restarted, they’re still left with difficult logistics.”

Since Qatar provides around 25 percent of the world’s liquid helium supply, the amount that should have been produced during the three weeks of shutdown are now lost, and Kornbluth says that the effects will likely be felt for the next few weeks.

Although the latest threat to the global helium supply has been ameliorated, at least for now, it serves as a reminder, particularly to scientific users, of the fragility of the market.

The last major helium shortage happened between 2011 and 2013, due a combination of factors, including the plan to shut down production at Cliffside Gas Field, a large facility in Texas, as well as outages at refineries in the U.S. and abroad. A complete global crisis was averted, however, when Congress signed a last-minute bill to keep Cliffside open until 2021.

At the time, many scientists were negatively affected. As helium prices go up, “scientists have to make hard decisions about whether they need to get rid of a graduate student or a piece of equipment that they can’t afford [anymore],” says Ryan Davison, the government affairs manager at the American Chemical Society (ACS).

During the last shortfall in helium production, Olson and his colleagues created a last resort plan—a list of magnets that would need to be decommissioned first if helium failed to arrive on time. Not only is decommissioning expensive, it also risks permanently damaging the equipment, Olson says. “It’s devastating for us to even think about doing that.”

During shortages, universities are often hit the hardest. “They tend to have small contracts with their gas suppliers, so the terms of the contracts don’t necessarily give them that much sway,” says Richard Clarke, an independent consultant on helium supply and a co-editor of the book The Future of Helium as a Natural Resource.

Preparing for the next shortage

There are a few alternatives to relying on currently available stores of helium. The primary one, which many scientific and commercial institutions adopted after the last helium major shortage, is to recycle. After liquid helium cools an instrument, it turns into gas, and is lost. However, by recycling, machines can reliquify and store the helium for reuse.

“[The last shortage] motivated us very strongly to get our recycling project done,” Olson says. “Everything is being recycled now, and that’s great, that insulates us from the need for outside helium—still, about 30 to 40 percent [of our supply] every month is new helium.”

Last year, the ACS published a joint report with the American Physical Society (APS) to address the latest helium crisis. “The number one thing that our group came up with was that researchers should invest in helium recyclers, or reliquifiers,” Davison says. The ACS and APS have also recently set up a program to help researchers negotiate lower prices and receive more reliable deliveries.

Another alternative to recyclers are new technologies, such a cryocoolers and pulsed-tube refrigerators, that can cool instruments down to extremely low temperatures with much less helium. According to Clarke, many in the physics community are embracing these new machines.

While there are alternatives to buying new helium, both recyclers and advanced cooling equipment are expensive, so many scientists still depend on production from countries such as Qatar. “The Qatar blockage clearly demonstrates how vulnerable the helium supply can be,” Olson writes in an email. “It serves as a vivid reminder to redouble efforts to recycle helium, and buy newer, more helium-efficient NMR spectrometers.”