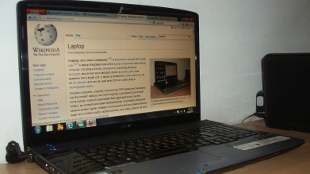 WIKIMEDIA, GEORGY90Two journals appear to be involved in plagiarizing scientific articles that have been published elsewhere. In one case, a publisher called Science Reuters—which puts out the journal Pharmacologia—listed papers from PLOS journals and elsewhere in the table of contents of numerous issues of its Science Reuters journal. Another publisher, Insight Knowledge, also published parts of papers in Insight Biomedical Science that appeared in PLOS ONE and the African Journal of Biochemistry Research. Researchers whose papers were in Science Reuters's table of contents say they had no idea their work was being used by the journal.

“That is distressing, because we've never submitted an article to Science Reuters,” said Mark Johnson, an associate professor at Brown University. “I'm not even aware that Science Reuters is a journal.”

Subha Ganguly, the editor-in-chief of Science Reuters, which is not affiliated with the news organization Reuters,...

No one responded to messages sent to general email addresses at Science Reuters and Pharmacologia.

It's unclear whether Science Reuters ever actually published the plagiarized papers or simply listed them on their website.

Most of the republished articles came from various PLOS publications, which publish under the Creative Commons Attribution License, in which others can use the work, as long as the authors and source are cited. There is no mention of PLOS in the Science Reuters tables of contents.

Insight Biomedical Science, which shares a physical address with Science Reuters and is published by Insight Knowledge, also published research that has appeared in other journals. A paper from its 2012 issue appeared in the open-access African Journal of Biochemistry Research, while another paper appeared in part in PLOS ONE.

When questioned about the re-published papers, Sherri Dow, a support liaison for authors, editors and reviewers at Insight Knowledge, wrote in an email: “We reproduced mentioned articles in the journal just to circulate it around the world. Because these papers are published on the basis of Open Access. But we also mentioned the original source of the papers.” (Again, no mention of PLOS or the African Journal of Biochemistry Research appears on the site.)

Masoud Ghorbani at the Pasteur Institute of Iran and his colleagues authored both of the plagiarized papers. In an email to The Scientist, Ghorbani said that his colleague had initially attempted to publish the research studies in Insight Biomedical Science. But after not hearing from the journal for 2 months, they assumed the papers were not accepted and they published their work elsewhere. “We tried to communicate with them for withdrawal or even corrections, revisions, or anything else, we got no response,” said Ghorbani. “We were not aware of publishing the paper in [Insight Biomedical Science] until recent notices.”

The Scientist reached out to several of the listed editorial board members of Insight Biomedical Science, but all of them were unaware of their participation. “Thank you for alerting me to the fact that a journal I was not aware of has my name on their website as a member of the editorial board,” said Rosemary Bass, senior lecturer at Northumbria University in Newcastle upon Tyne in the U.K., in an email to The Scientist. “I will be instructing them to remove my name, and as I am not a member of their board do not have any insight into their practices.”

Hany Lashen, a clinical senior lecturer at the University of Sheffield, echoed Bass’s sentiment. “I am not aware that I am on their editorial board and cannot remember agreeing to be there,” he said. Coincidentally, Lashen was asked to be on the board only after The Scientist had begun its investigation of Insight's publishing practices. He said he will decline the invitation.

After The Scientist emailed Insight Knowledge about the papers by Ghorbani, it deleted its list of editorial board members.

In a statement emailed to The Scientist regarding the suspect journals, PLOS said that “the lack of attribution is concerning.” David Knutson, a spokesman for PLOS, said over the phone that such widespread misuse of its articles is “pretty rare.” Knutson added that PLOS's general council is sending a letter to the publishers expressing their displeasure and also attempting to contact the journal authors.

Johnson Lin, the editor of the African Journal of Biochemistry Research and a professor at the University of KwaZulu-Natal in South Africa, said his journal is conducting an investigation to determine whether the authors knowingly published in two places. “If so, this article will be retracted from [our] journal,” he said.

Another journal, called Pharmacologia, put out by the publisher of Science Reuters has published original research. Rolf Craven, a cancer researcher at the University of Kentucky, published work on the DAP1p family of proteins in the yeast Candida albicans in 2012. “The experience was totally standard for a low impact journal,” he said. He added that Pharmacologia appealed to him because it was free to publish. Craven said that the reviewers' comments clearly came from experts in the field. His only complaint was that the paper was not indexed in Medline, and therefore does not get cited.

Björn Bauer, an assistant professor at the University of Minnesota in Duluth, has been a member of Pharmacologia's editorial board since 2011, and he said his impression of the journal is “fishy at best.” His only involvement was fielding a complaint from a researcher who tried to submit a paper. “I've never received anything to review for them,” Bauer said. “I already thought [before The Scientist's request for an interview] that I'm some sort of an alibi for some sort of a strange thing that I don't understand.” Bauer said he'd like to remove his name from the editorial board, “but I doubt I would even get a response from them.”

Jeffrey Beall, a University of Colorado Denver librarian who maintains a compilation of “potential, possible, or probable predatory scholarly open-access publishers” has included Insight Knowledge on his list. “To become a scholarly publisher, all you need now is a computer, a website, and the ability to create unique journal titles,” Beall wrote in 2012 article in The Scientist. Science Reuters and Pharmacologia are not, as yet, included on Beall's list.

This story is still developing. Check www.the-scientist.com for updates.