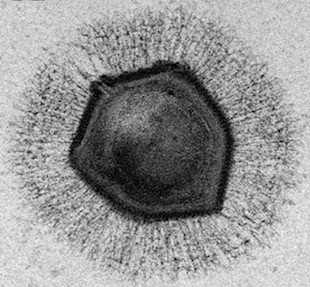 Mimivirus particlePLOS PATHOGENS, E. GHIGO ET ALThe CRISPR/Cas defense system found in many bacteria, with its simple yet elegant method for editing a host genome, has become the biological technique of the moment, spurring a flood of recent discoveries. In March, Didier Raoult of the Aix-Marseille University in France and colleagues published a paper suggesting that a type of giant virus known as mimivirus possesses a virophage resistance mechanism—called mimivirus virophage resistance element, or MIMIVIRE—that resembles the CRISPR system. (See “Giant Virus Has CRISPR-like Immune Defense,” The Scientist, March 2, 2016.) In a perspective published last month (June 13) in Virologica Sinica, Jean-Michel Claverie and Chantal Abergel of France’s CNRS challenge this view.

“MIMIVIRE is not analogous to the CRISPR-Cas system, does not function via a nucleic acid recognition system, and is unlikely to possess all the attributes of a bona fide adaptive immune...

Claverie and Abergel go on to question whether the mimivirus virophage resistance mechanism is based on nucleic acids at all. They instead propose that proteins may be interfering with replication of virophage in the resistant mimivirus.

Giant viruses are named for their large size and massive genomes. They inhabit amoebas, and can themselves be infected by virophages. Raoult and colleagues discovered the Mimiviridae genus of mimiviruses in 1992, while investigating a pneumonia outbreak in a water-cooling tower, according to Nature Scitable. What the researchers initially mistook for bacteria were, in fact, viruses.

To test their hypothesis that mimiviruses have a defense mechanism like the CRISPR/Cas system in bacteria, Raoult and colleagues sequenced the DNA of 45 new mimivirus strains. The researchers looked for sequences in 60 mimivirus genomes that matched those found in Zamilon, a virophage that infects some mimivirus strains (lineages B and C). Lineage A strains of the virus were resistant to Zamilon, Raoult’s team found, and contained a repeated Zamilon sequence, which they dubbed MIMIVIRE. When the researchers silenced this repeated sequence, it rendered the virus susceptible to virophage infection, the team reported in its paper.

But Claverie and Abergel argue that the mimivirus defense mechanism is nothing like CRISPR. First, the mimivirus genome and virophage replication occur in the same location, which “makes the acquisition of a nucleic acid-based immunity unlikely,” they wrote. Second, CRISPR stands for clustered regularly interspaced short palindromic repeats, yet the MIMIVIRE sequence is “neither regularly interspaced nor flanked by recognizable repeats,” Claverie and Abergel noted. Finally, the corresponding Zamilon sequence lacks protospacer adjacent motifs (PAMs)—the sequences that bacterial hosts normally use to discriminate between a pathogen’s DNA and their own, the researchers noted.

“Of course it’s not CRISPR,” Raoult told The Scientist. “This is an analogy, not a homology.”

Other virologists not involved in the work echoed the criticisms of Claverie and Abergel.

“Although MIMIVIRE apparently works as an anti-virophage system, it seems to lack some of the hallmark features of CRISPR-Cas, such as the presence of a defined array of repetitive elements interspaced with short viral sequences and the use of small RNA guides,” Luciano Marraffini of Rockefeller University in New York City wrote in an email to The Scientist.

Rodolphe Barrangou of North Carolina State University agreed. Suggesting the MIMIVIRE system in analogous to CRISPR is going “too far,” he told The Scientist in an email.

Another criticism of the paper, initially raised by an anonymous commenter on the research forum PubPeer, is the apparent lack of silenced-RNA controls in Raoult and colleagues’ study, which would rule out the possibility that the observed lack of virophage infection was due to the fact that the mimiviruses were simply not replicating.

“There is no CRISPR nor Cas, and the similarities [to MIMIVIRE] are circumstantial at best,” Barrangou said. “I am keen on scientists being open-minded, but they should only stretch their imagination so much.”