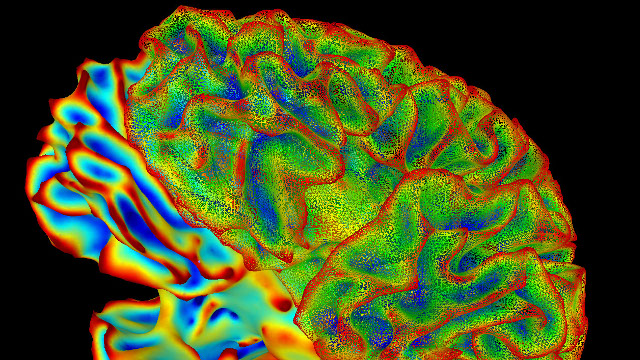 FLICKR, NIH IMAGE GALLERYNeuroscientists have long tried to uncover the neuronal connectivity and patterns of activity that explain human cognitive behaviors. The prevalent theory of working memory—using information stored in short-term memory to complete a task—is that the brain’s connections that code for the needed information must fire continuously. Now, in a paper published today (December 1) in Science, researchers from the University of Wisconsin–Madison and their colleagues provide evidence for a different theory, in which information can be stored in working memory in an inactive neuronal state. The team’s results suggest that there are multiple ways our brains store short- and longer-term memories, depending on expectations of when that information is likely to be needed.

“There has been a line of research suggesting there may be more to working memory than activated neurons,” said Nelson Cowan who studies working memory at the University of Missouri and was not...

“A great deal of behavioral working memory research measures how much information can be briefly stored in working memory. This work suggests that there exists extra information in a ‘hidden’ or ‘latent’ state that may be missed by these measures,” Tommy Sprague, a postdoctoral fellow at New York University who also was not involved in the study, wrote in an email to The Scientist.

In prior work, Bradley Postle and colleagues had already hinted that not all working memory information needs to be maintained by neuronal activity. In the new work, the University of Wisconsin–Madison team directly showed that the synapses corresponding to information maintained in short-term memory can be inactive and yet the memory can remain accessible and easily shift into one’s focus of attention.

Using functional magnetic resonance imaging (fMRI), Postle and colleagues measured and analyzed whole-brain activity of study participants performing a simple, sequential visual recognition task—of a word, face, or direction of motion—over a span of about 30 seconds. The participants were shown two different items and informed which item would be tested on first, although both were to be held in working memory. Only brain regions related to the prioritized item remained active while brain activity corresponding to the other item dropped to baseline, the researchers observed, suggesting no neuronal firing. “With our methods, the activity of the item subjects were told not to focus on drops all the way to baseline in the same way as information that is forgotten,” explained Postle.

If the participants were subsequently told to prepare for a test of the previously non-prioritized item, the activity pattern was reversed.

In a follow-up experiment, the researchers stimulated the participants’ brains periodically—and unexpectedly—with a targeted pulse of transcranial magnetic stimulation, recording their electroencephalography (EEG). Such stimulation was enough to reactivate the focus on the non-prioritized item, but only when the participants had expected to need to recall information on the item later in a experiment.

“This item was in some prioritized state in the brain because we can reactivate it with the pulse,” said Postle. “The pulse, we think, brings information back into momentary awareness.” Yet if the participants were stimulated with the pulse but didn’t expect the item to be relevant later, their brain regions associated with the item remained inactive, suggesting that these folks were able to actively prioritize these short-term memories.

The observed memory state likely falls between the short-term information within our active attention and the long-term memories that form over days and years, requiring protein synthesis, the researchers reported. “What is new here is that this type of memory might be stored transiently—not through the long-term mechanisms, but through some short-lived way that can hold information in absence of elevated neuronal activity,” Postle told The Scientist.

“The refocusing of attention in working memory has been shown many times before, but here, the researchers observed involuntary reactivation of the ‘hidden’ working memory items with external neuro-stimulation, which is extremely novel,” wrote Sprague. “To my knowledge, nothing like this has been seen before in humans.”

“Now we need to understand how the brain accomplishes this memory reactivation, and how this fits into typical every-day [cognitive] scenarios,” Sprague added.

Next, Postle’s team would like to study this memory storage mechanism in detail, both in healthy volunteers and in neurosurgical patients.

According to Sprague and Cowan, the results of the present investigation might also impact how neuroscientists evaluate the human brain’s capacity for juggling and storing information. “The leading theory is that working memory and attention is the limiting part of human cognition,” said Cowan. These latest findings suggest that the brain prioritizes information, putting some of it out of mind but with an ability to readily retrieve it, he added.

“The availability of extra information in working memory above and beyond what we may have inferred behaviorally or neurophysiologically requires us to rethink how we interpret the capacity limits of working memory,” said Sprague.