Before turning into a butterfly, a caterpillar wraps itself in a chrysalis. But what goes on within that casing during the weeks it takes the insect to transform is still a bit of a mystery to science. Now researchers have used high-resolution computer tomography (CT) scans to track the development of the painted lady butterfly (Vanessa cardui), mapping changes in a living individual as it metamorphoses. They published their results—along with several remarkably detailed images—today (May 14) in Journal of the Royal Society Interface.

“The crucial thing in this case is that they examined live material,” said Rolf Beutel, a professor of entomology at Friedrich Schiller University of Jena in Germany, who was not involved in the study. “This is really exciting.”

Traditionally, to learn about metamorphosis entomologists have had to dissect pupae at varying stages of development, killing them in the process. More recently, researchers have used...

“It’s basically the first time a CT has been used to look at the development of a single individual,” said Russell Garwood of the University of Manchester, a geologist who usually studies fossil insects and an author of the paper.

Using series of dead individuals provides snapshots of presumably sequential development, but it can be unclear whether one insect’s third day in a chrysalis is really the same developmentally as another’s. CT scans can provide a more complete picture of how development proceeds.

To get their images, Garwood and colleagues did scans on nine painted lady chrysalises throughout their development while leaving one chrysalis alone as a control. The greatest challenge, Garwood said, was to keep the chrysalises healthy. Insects are conveniently resistant to the radiation given off by the CT scanner, but the team still tried to keep the exposure as low as possible. The four specimens they scanned most often early in development died, but the other five butterflies hatched. Garwood now suspects that it wasn’t the radiation that killed the young pupae, but rather the heat generated by the machine.

One specimen stood out as having the most complete set of scans, so the researchers focused on assembling its data, comparing it with scans of other specimens to rule out any anomalies.

The butterfly’s development largely followed the pattern predicted by traditional dissections. “We’re filling in the details rather than rewriting the story,” Garwood said. The trachea did become visible surprisingly fast, within 12 hours after pupation, indicating that the structures either are more fully formed in caterpillars than previously thought or form very rapidly in pupae. While the trachea and the intestines showed up remarkably clearly, the “soft, gooey bits,” such as muscles and the central nervous system, were unfortunately invisible, Garwood said.

Beutel added that spreading the technique to stages of development that don’t happen within largely immobile chrysalises will require new innovations, as CT scans do not turn out well when the animals are moving. Indeed, Garwood’s team tried to scan their subjects as caterpillars with no success. Beutel is currently experimenting with using CT scans on anesthetized cockroaches.

Because of the technique’s ease, Garwood hopes it will help open up the study of development to a more diverse set of insects that undergo metamorphosis. Traditionally, development of model organisms such as blowflies and fruit flies has been painstakingly mapped, while other species have been relatively poorly understood. CT scanners are now fairly widespread tools, according to Garwood, and in the last 10 years the costs have fallen to only around $100 per scan. “We hope that using CT to study insects will become a very widespread tool,” he said. 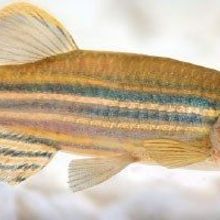