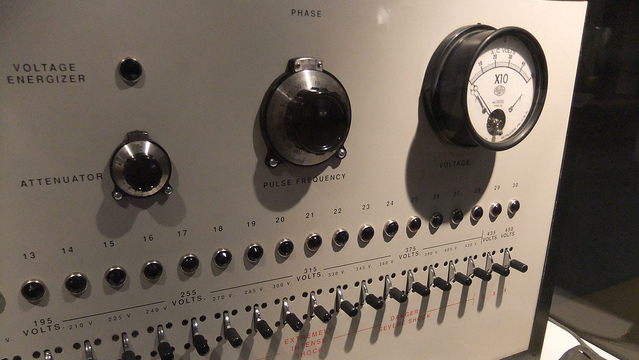 From 1961 to 1962, Milgram and a few assistants conducted a series of trials involving three people each—an authoritative “experimenter,” a volunteer “teacher,” and a...

The trials themselves “had a lot to do with stagecraft . . . like a play that happened in a lab,” explains Gina Perry, a psychologist and author of the 2012 book Behind the Shock Machine: The Untold Story of the Notorious Milgram Psychology Experiments. “When you think about what seemed to happen in Milgram’s experiments: ordinary people enter a space and—‘Wow, look at the power of science’—they are transformed into monsters, [people] whose behavior we find absolutely horrendous. That’s such a powerful story.”

It’s a powerful story that Perry notes has been oversimplified—in psychology textbooks and dramatic reproductions alike—over time. Most accounts of the research hinge on a startling result: 65 percent of teachers administered the final massive 450-volt shock, even though many said they were uncomfortable with the experiment. In fact, Perry says, the Milgram experiments tested 24 unique conditions on 700 participants; the 65 percent figure was gleaned from experiments testing only one of those conditions, involving 40 participants, and reported in a 1963 Journal of Abnormal and Social Psychology paper.

“A lot of these narratives in the plays, songs, and so on are purporting to [give] an answer to the question” about human nature—“that the human condition is open to manipulation by external, pernicious powers, and that there is very little we can do to prevent that,” says Clifford Stott from the University of Leeds Security and Justice Research Group. “That’s clearly not the case.”

And that’s exactly what this play does so well. Rather than focusing on this experimental result explicitly, “Please Continue” takes the audience into the minds of the teacher, learner, and experimenter, revealing the turmoil within each. While Basloe’s script deviates from actual events, it does so in service of a greater purpose—to humanize the emotions of all three participants, from the teacher’s reticence to the learner’s penitence and the experimenter’s unending curiosity about the reasons for others’ actions, and eventually, his own.

Psychologists still struggle to understand the many implications of the Milgram experiments. But to Perry’s mind, the continued cultural fascination with this research points to at least one justified truth about human nature. “We all want answers,” she says, which were just what Milgram’s team “seemed to offer.”