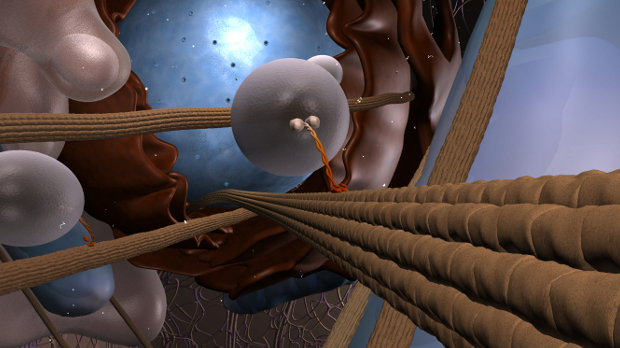 FLICKR, NIH IMAGE GALLERYMuch attention paid to the bacterial CRISPR/Cas9 system has focused on its uses as a gene-editing tool. But there are other CRISPR/Cas sytems. Researchers from MIT and the National Center for Biotechnology Information (NCBI) last year identified additional CRISPR proteins. One of these proteins, C2c2, seemed to be a putative RNA-cleaving—rather than a DNA-targeting—enzyme, the researchers reported at the time. Now, the same group has established that C2c2 indeed cleaves single-stranded RNA (ssRNA), providing the first example of a CRISPR/Cas system that exclusively targets RNA. The team’s latest results, published today (June 2) in Science, confirm the diversity of CRISPR systems and point to the possibility of precise in vivo RNA editing.

“This protein does what we expected, performing RNA-guided cleavage of cognate RNA with high specificity, and can be programmed to cleave any RNA at will,” study coauthor Eugene Koonin,...

“I am very excited about the paper,” said Gene Yeo, an RNA researcher at the University of California, San Diego, who was not involved in the work. “The community was expecting to find native RNA CRISPR systems, so it’s great that one of these has now been characterized.”

The researchers originally identified C2c2 in Leptotrichia shahii in a systematic search for previously unidentified CRISPR systems within diverse bacterial genomes. For the present study, the team focused on C2c2, as its sequence contained two copies of a domain—called ­higher eukaryotes and prokaryotes nucleotide-binding (HEPN)—which, thus far, has only been found in RNases.

The group first tested whether C2c2 could be used to provide E. coli immunity against an RNA phage. When the team introduced L. shahii C2c2 locus and RNA phage-specific spacer sequences into E. coli via a plasmid, the bacteria continued to proliferate. E. coli containing the C2c2 locus and control spacer sequences not found in the phage genome did not grow as well.

Purified C2c2 enzymes from L. shahii are ssRNA-specific, the researchers found; they did not cleave double-stranded RNA or ssDNA in vitro. Tinkering with various ssRNA sequence targets, the researchers also found that the C2c2-CRISPR RNA complex preferentially made cuts at uracil residues and certain  secondary structures of ssRNA.

Mutating the putative catalytic site within either of C2c2’s HEPN domains and introducing the mutated enzyme sequence via a plasmid prevented the protection of E. coli from phage infection, the researchers showed. In vitro, none of the four mutated enzyme versions could cut RNA, suggesting that both HEPN domains are necessary for C2c2 to work.

It is likely that the C2c2 CRISPR system could be manipulated to introduce new functions beyond the cutting of RNA—for example, to knock down gene expression—because a HEPN-inactive C2c2 mutant bound but did not cleave its RNA target, the team noted in its report.

Like Cas9, the researchers also showed that C2c2 could be targeted to knock down expression of non-phage RNA. Unlike Cas9, which cuts DNA only within the sequence dictated by the CRISPR RNA, C2c2 could make cuts within the target sequence and adjacent, nonspecific sequences, depending on the conformation of the RNA molecule and amount of exposed ssRNA, the researchers showed.

For Koonin, this promiscuous cutting up of ssRNA is the most biologically interesting outcome of the new work. “Once the enzyme binds and cleaves the target sequence, it’s properties change and it turns into a sequence nonspecific ribonuclease,” he said. This process lowers the viability of the bacterial cells, “making it a toxin that sends the bacteria into dormancy or towards programmed cell death,” Koonin added. “This altruistic suicide is likely the major biological function of this system.”

Separately, Yeo and colleagues recently modified the Cas9 enzyme to bind and follow—but not cleave—messenger RNA. The team’s approach requires the presence of a short protospacer adjacent motif (PAM) sequence adjacent to the target sequence, delivered by an oligonucleotide. Koonin and colleagues’ approach does not. “You can genetically encode the entire C2c2 system,” said Yeo.

“There will be many more advances that will modify and enhance these two systems,” Yeo added.

Existing technologies, such as RNA interference, can target and degrade specific RNAs. RNA-targeted CRISPR might be used “to manipulate RNAs in ways that have not been done before such as for transcript editing or translational control,” Yeo told The Scientist.

Mohammad Mandegar, a researcher at the Gladstone Institutes in San Francisco, California, who was not involved in either study, agreed. “If C2c2 can be engineered such that the RNA cleaving activity is specific and no collateral RNA molecules are targeted, then this new tool could provide a much faster way of knocking down gene products over CRISPR interference or CRISPR nuclease which both act at the DNA level,” he wrote in an email to The Scientist.