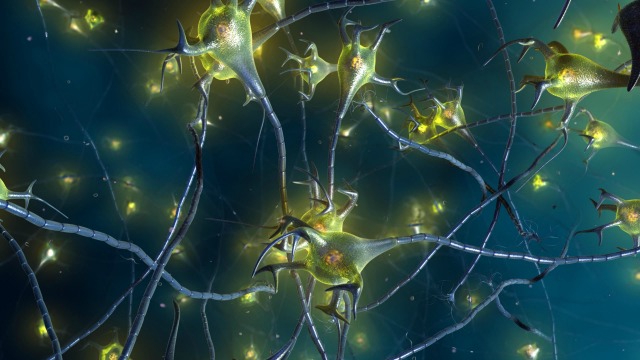 Two new in vivo robotic systems use two-photon microscopy to home in on specific brain cells.ISTOCKPatch clamping, a method that allows scientists to study the electrical activity of single cells, is one of the oldest tools in the neuroscience toolbox. Although the technique was originally developed around the late 1970s to study neurons in a dish, over the last few decades, scientists have adapted it to examine the electrophysiology of the brains of live animals. Then, they managed to automate the process—letting a robot explore the brain and attach to a neuron to record.

In a pair of papers published today (August 30) in Neuron, two groups of scientists advanced automated patch clamping even further, independently developing in vivo robotic systems that use two-photon microscopy to home in on specific cells, rather than just the easiest to find.

“This whole-cell patch method is really the gold standard...

In the early 2000s, a group led by Troy Margrie, a neuroscientist at University College London, and his colleagues pioneered a method called two-photon targeted patching (TPTP) that allowed scientists to record from specific neurons in a living brain. This was an improvement over the previously available “blind” in vivo approach, where scientists would typically pick neurons randomly from a certain area of the brain.

Patch clamping is typically conducted with a glass tube called a micropipette that sucks up a small piece of a cell’s membrane and forms a seal around the break, allowing currents flowing through the neuron to be recorded by a small electrode within the micropipette. Combining this method with a two-photon microscope gave scientists the ability to identify and target specific fluorescently labelled neurons for their recordings. However, this technique is not easy to master.

“There’s a few people in the world that can do this,” says Simon Schultz, a bioengineer at Imperial College London. “There’s not a large number of people in the world who are experts at in vivo patch clamping at all, [and you can] count on one hand the number of people who have the expertise of doing it under the guidance of a two-photon microscope.”

To simplify this process for researchers, two groups of scientists—Schultz’s and Boyden’s—independently developed robotic systems that could carry out these recordings.

Both groups built their robots on an automated technique reported by Boyden and colleagues in 2012. That system allowed for “blind” patch clamping, meaning it would randomly choose a neuron to record from in a living rodent brain. The team had developed an algorithm that could independently lead the pipette to a neuron. “We looked for a particular pattern of changes in the electrical impedance, [which is] the amount of electrical current that will flow through the tip of the electrode when you apply a certain voltage,” Boyden explains. “When you moved the pipette forward a couple of times, and you saw a very small but very consistent change that meant a neuron was nearby.”

According to Schultz, this automated system was a big advance, because “it was able to work in a live brain and it was able to work completely automatically, [taking] the human out of the loop.” The downside of this robot was that it would attach to the first cell it encountered, he adds, making it difficult to record from cells other than the large, pyramidal neurons that dominate the cortex.

By combining “blind” automated patch clamping with two-photon targeted patching, both teams were able to develop an algorithm that could target specific cells in the brains of living mice. To label the neurons of interest, the researchers used transgenic mice that only had some cells express a fluorescent protein.

While developing their automated systems, both groups encountered the same problem: as the pipette was pushed into the brain, it caused tissue to move around, meaning their targeted neuron would not stay in one place.

In order to compensate for that movement, Boyden’s team created an algorithm that could conduct something called closed loop adjustment. “That means that you continuously take pictures, and if the cell moves, you move your electrode to make up for the difference,” Boyden says. “What we found was that when we did that, we could actually record cells, even fairly rare ones.” Schultz and his team tackled this issue with an algorithm that functioned in a similar way.

“Both of these methods seem to work similarly in terms of the quality of recordings of the cell,” Schultz says. Both enter the brain at an angle, but according to Boyden, in his setup the pipette descends vertically a small amount at the very end.

In both studies, the robotic systems were able to perform at about the same level as a human experimenter. “General researchers without intense training or expertise can employ these [automated] techniques to acquire the data necessary to address their questions,” says Lu Li, a scientist at the Allen Institute for Brain Science, who was not involved in either study.

One of the current limitations, according to Margrie, who was not involved in either study but has collaborated with some of Schultz’s coauthors, is that in order to implement both of these approaches, one would need a “relatively highly skilled engineer and programmer.” However, he adds, “once it is established in the laboratory, multiple scientists would, in a relatively straightforward manner, have immediate access to a method that appears to have a throughput on par or even superior to an expert in vivo patch clamper.”

Correction (August 31): The original version stated that Boyden's setup entered the brain vertically, and suggested this could compress brain tissue. We have removed this language and updated the article to clarify that the pipette enters axially, on an angle, in both techniques and only descends vertically in Boyden's method at the very last steps. The Scientist regrets the error.