Raven Hanna would much rather get earrings shaped like theobromine, the alkaloid that gives chocolate its mood-lifting kick, than flowers or real candy for Valentine's Day. Which isn't surprising; she invented those earrings. The jewelry this biophysicist-biochemist makes out of molecules has found a much wider audience, from people on antidepressants interested in serotonin, to menopausal women wanting an estrogen memento, to scientists who have made a molecule their life's work.Hanna's company, Made With Molecules, has 1,000-plus customers, most of them scientists. Many Email her to say "thanks" for the work she does, she said. "They really wanted some nice things to represent the stuff that they love, and there's really not much out there."Still, Hanna's not the only game in town: Dopamine Jewelry sells pieces made from microscopic photos of "behavior-altering chemicals" like acetylcholine and Chablis; The DNA Store offers gold double helix earrings and an enamel...
DNA StuffCarlos Bustamante's Berkeley labStephanie W. WattsJennifer Doudnafun to wearRNA Societymail@the-scientist.comhttp://www.madewithmolecules.comThe Scientisthttp://www.the-scientist.com/article/display/20959http://www.dopaminejewelry.com/The Scientisthttp://www.the-scientist.com/article/display/14423http://alice.berkeley.edu/http://www.phmtox.msu.edu/faculty/wattsprint.htmhttp://mcb.berkeley.edu/faculty/BMB/doudnaj.htmlThe Scientist http://www.the-scientist.com/article/display/23082http://www.rnasociety.org/
Related Articles 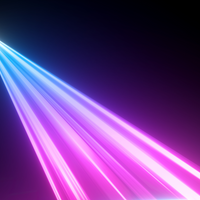