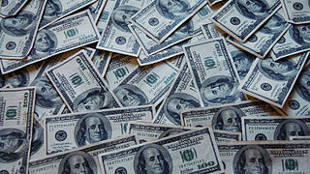 Congress recently agreed on a spending bill for 2015, again with meager increases in science funding. The bill includes a 0.5 percent increase to the National Institutes of Health (NIH) budget, a 2.4 percent increase for the National Science Foundation (NSF), and $25 million in special emergency funding for the Food and Drug Administration (FDA) to oversee the testing of Ebola vaccines and treatments. Other bright spots include allocations for the...

Even for scientists who succeed in securing federal research dollars, keeping up with regulation and oversight can present an undue burden. A National Science Board report on NSF-funded research issued in May found that scientists spend excessive amounts of time and resources handling finances, grant proposals, personnel, and regulatory compliance issues. The board recommended overhauling and streamlining requirements.

In another effort to solve systemic problems within the US scientific enterprise, four leading scientists published a letter in PNAS this April, calling for fewer spots for PhD students in the biomedical sciences. The group, which included the National Cancer Institute’s Harold Varmus, proposed that training grants, rather than individual investigators’ funding, should be used to support graduate students. The letter drew renewed attention to what the authors called “an unsustainable hypercompetitive system.” 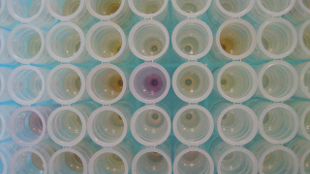 FLICKR, COL FORD AND NATASHA DE VEREThanks to steady advances in the power and affordability of sequencing technologies, more researchers than ever before are wading into the ’omics world, sequencing soil samples, great ape guts, birds, insects, and more. But some recent studies have pointed to an important caveat: both DNA extraction kits and sequencing equipment can contain contaminating DNA, which may be problematic, especially for those whose experiments depend on detecting low-concentration sequences.

Richard Lusk of the University of Michigan conducted a search for contaminants in next-generation sequencing datasets from “clean” DNA, and found that even using “blank” controls failed to identify some low-frequency contaminants. These results called into question a recent finding that food-derived DNA was present in human blood samples.

In another study, a team of researchers in the UK scrutinized four commercial DNA extraction kits used for microbiome studies by testing serial dilutions of Salmonella bongori bacteria. With starting concentrations of 10,000 cells or fewer, other microbial taxa showed up in more than half the sequences. The authors proposed that awareness of this contamination should be brought to bear on the peer review process as well as the interpretation of studies reporting associations between human diseases and members of the microbiome. 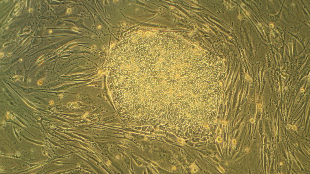 WIKIMEDIA, RYDDRAGYNA critical flaw in the US federal regulatory framework for stem cells could stymie the development of new disease therapies, University of Washington clinical research administrator Erica Jonlin wrote in Cell Stem Cell this February. At issue is a discrepancy between the guidelines of the NIH and the FDA. An NIH registry lists 261 stem cell lines that can be used for federally funded research, but the FDA requires cell lines used as clinical therapies to be checked for certain diseases. This screening process would not be feasible in many cases, but the problem could be overcome if the FDA agreed to exceptions for some cell lines.

In another letdown for clinical research, the NIH terminated the National Children’s Study, a project launched in 2000 to track the health of 100,000 children from birth to age 21. The project had been the subject of significant criticism, however, and was already scaled back due to budget and management issues—only 5,700 children were enrolled. Although some samples from the study will be stored for future use, the lack of uniform standards may limit their utility.