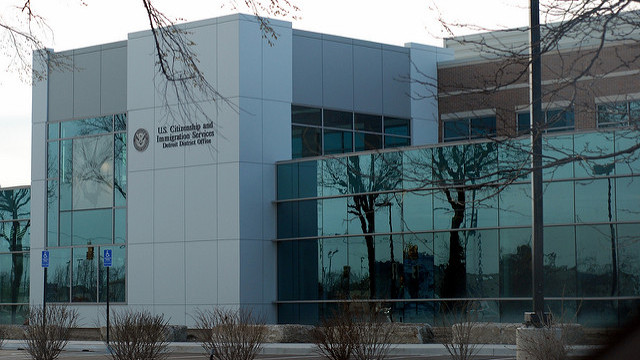 Update (January 10, 2018): US District Judge William Alsup yesterday issued an order to block the Trump administration’s plans to end the DACA program, ruling that hundreds of thousands of Dreamers can still renew their DACA status while a lawsuit challenging the program’s cancellation is pending, The Washington Post and others report.

Update (December 14): Yesterday, five dozen medical societies wrote a letter to Congressional leaders imploring them to take action to protect recipients of the now-canceled Deferred Action for Childhood Arrivals (DACA) program. The groups noted that, while current Dreamers won’t officially lose their legal status until next March, many are already affected as they plan for the next steps in their educations and careers. “By providing a legal pathway to permanent residency for undocumented Americans brought to the U.S. as children, Congress can help our country produce a diverse and culturally responsive health care workforce to...

Update (September 5): As expected, President Trump made his decision to end the DACA program official. “The program known as DACA that was effectuated under the Obama administration is being rescinded,” Attorney General Jeff Sessions told reporters this morning. Effective immediately, new applications will no longer be accepted, The New York Times reports.

President Donald Trump will cancel the Deferred Action for Childhood Arrivals (DACA) program, also known as the “Dreamers” program and launched by former President Barack Obama in 2012, with a six-month delay in enforcement, Politico reported over the weekend. While official word of Trump’s decision is not expected until tomorrow (September 5), if the cancellation goes through, some researchers in the U.S. face an uncertain future, with risks of losing their legal ability to work, and of eventual deportation. (There are approximately 790,000 total DACA beneficiaries, according to U.S. Citizenship and Immigration Services.)

“I’m definitely a little worried,” says Karina, a recruiter and project manager for a California-based biotech company who asked that The Scientist only identify her by her first name. Karina came to the U.S. from Mexico at age three and is undocumented. “The DACA’s an opportunity that I’ve cherished so much these past five years, and just knowing that that can be gone in a few months is really terrifying. . . . I have this reality right now where every job is basically open to me; if I apply myself and work hard I have all the opportunities at my hand.” Without DACA, she anticipates that her employment opportunities might be limited to housekeeping or babysitting, jobs she expected she might go into prior to the launch of the program, which came right after she’d graduated high school. DACA has truly been “life changing,” she adds.

No data are available on how many DACA recipients are, like Karina, working in science- or medicine-related fields, but a relatively high proportion of them pursue higher education, says Tom Wong, a political scientist at the University of California, San Diego. For the past four years, Wong has helped conduct surveys of DACA recipients. These surveys have found, among other things, that one-third of recipients at least 25 years old reported having a bachelor’s degree. “DACA recipients 25 and older are outpacing not only the native-born population when it comes to educational attainment, but also the foreign-born naturalized citizen population, which tends to have the highest levels of educational attainment,” he says. The work authorization afforded by DACA encourages that attainment by providing opportunities to put their education to use down the road, he says.

“The reality before DACA is, you’re going to work really, really hard—you can be the best student and you can graduate from college—but your options are very limited and there’s not much you’re going to be able to do with your degree,” says Karina. “Then people would go back to do the labor-intensive work that’s stereotypical of immigrants.”

Christopher Ponce, a senior premed math major at Texas Tech University who came to the U.S. from Mexico when he was four, has similarly enjoyed the benefits of DACA. After receiving employment authorization through DACA his freshmen year, he was able to secure a research position in the lab of Shaikh Rahman, where he’s studied the role of cholesterol regulation in a breast cancer cell line. Thanks to his DACA status, he’s received scholarships and research funding from the university’s Center for Integration of STEM Education and Research (CISER) that he would not otherwise qualify for. In addition, the DACA program has allowed him to travel outside the country on medical mission trips with doctors from the university, including a trip to Haiti to run an ophthalmology clinic.

“The DACA’s an opportunity that I’ve cherished so much these past five years, and just knowing that that can be gone in a few months is really terrifying.”

Now, those trips and his future medical career are in question. “I was invited this January and then next summer to go to Guatemala, but obviously that’s not going to happen anymore,” Ponce says. “Knowing now that DACA is no longer around, I won’t be able to apply to medical school next May like I was hoping. I don’t know what I’m going to do now.” While some medical schools enacted policies to treat DACA beneficiaries as domestic students, Ponce anticipates that the termination of the program will mean he and other undocumented immigrants will be treated like international students, for whom it “is extremely, extremely difficult to get into medical school,” he says.

Saba Nafees, a graduate student at Texas Tech, is another DACA recipient. Nafees came to the U.S. from Pakistan at age 12 with her parents and two older sisters, with visas sponsored by their grandparents, who were US citizens, she says. But her grandparents passed away before the family could complete the process of obtaining green cards, leaving them undocumented once their visas expired. “When I graduated from high school in 2011 it was very, very difficult, because I didn’t know if I could even pursue higher education,” Nafees says.

Fortunately, she was admitted to the Honors College at Texas Tech University, where she paid in-state tuition thanks to the Texas Dream Act. There, she began doing research with evolutionary biologist Sean Rice. She later applied for and received approval through DACA. As a result, when her family was reported to Immigration and Customs Enforcement (ICE), Nafees’s case was closed. Her parents, however, are under deportation proceedings, and could be forced to return to Pakistan at any time, she says. One of her sisters is on the verge of obtaining US citizenship through her marriage to a citizen, and plans to sponsor her parents for permanent residency. And now, with DACA possibly on its way out, Nafees’s own status is in question again.

After receiving her bachelor’s degree, she stayed on in Rice’s lab for her PhD work, which involves developing mathematical tools to identify patterns in the sequences of DNA and other biological molecules. Nafees is also interested in using those tools on datasets of cancer drugs to identify, for example, combinations of drugs that might be more effective against disease than either drug alone. She worries that because, unlike most DACA recipients, she has a record with ICE, she might be one of the first to be affected if the agency begins deporting former Dreamers.

Proponents of the DACA cancellation have argued that the program is unconstitutional because Congress was not involved in its launch, Politico reports; rather, President Obama issued an executive order. Thus, many think the burden now falls to Congress to protect those who would be affected by the program’s termination. “My hope is that as part of this process we can work on a way to deal with this issue and solve it through legislation, which is the right way to do it and the constitutional way to do it,” Senator Marco Rubio (R-FL) told CNN in June.

“DACA was just a Band-Aid to our problem initially, and it was great—it was a wonderful solution for a short amount of time. But I really think it’s time now to have some sort of a permanent solution.”

Karina is hopeful. The expectation of a six-month delay before DACA’s cancellation is enforced is “really comforting,” she says. “And knowing that there’ve already been so many proposals in the air,” including some with bipartisan support, “I’m very optimistic and have faith in Congress” that necessary legislation will be put in place to protect Dreamers such as herself. The students she’s interacted with through her job are also optimistic, she adds.

Nafees takes a similar view; the threat to DACA, she says, has drawn attention to the plight of people like herself. “DACA was just a Band-Aid to our problem initially, and it was great—it was a wonderful solution for a short amount of time,” she says. “But I really think it’s time now to have some sort of a permanent solution.”

Ponce, whose DACA status is set to expire in March, is less positive, however. “To be blunt, I doubt anything will happen in the next six months. We’ve seen the immigration conversation happen before; it just feels like the same thing over and over.”

Part of his pessimism stems from the lack of support he’s felt from his university. As president of Texas Tech’s chapter of the Define American program, which helps undocumented students secure financial aid, internships, and other opportunities, Ponce has been advocating for the university to promise to protect the identities of their students who are DACA recipients, but “so far, we’ve not had any luck,” he says. “It’s very conservative [in] Texas.”

How Congress will respond to the president’s expected decision remains to be seen, but the proposed cancellation faces opponents on both sides of the aisle. Representative Ileana Ros-Lehtinen (R-FL) turned to Twitter to voice her opinion. “After teasing #Dreamers for months with talk of his ‘great heart,’ @POTUS slams door on them. Some ‘heart’...” she tweeted.