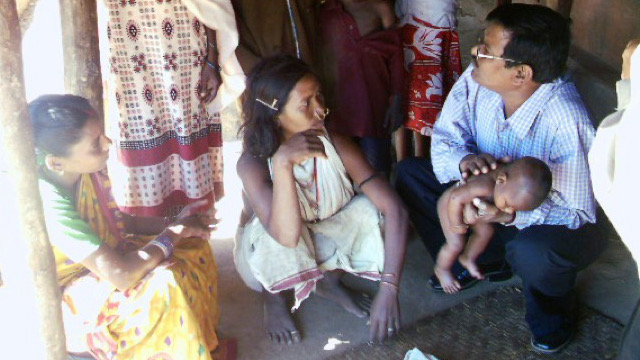 A clinician monitoring an infant who was part of the clinical trial.ASIAN INSTITUTE OF PUBLIC HEALTH ARCHIVESA simple synbiotic cocktail—the combination of Lactobacillus plantarum, a probiotic, plus the prebiotic fructooligosaccharide—can help prevent sometimes deadly cases of sepsis and decrease lower respiratory tract infections in newborns, according to the results of a clinical trial published today (August 16) in Nature.

Pinaki Panigrahi, a professor at the University of Nebraska, and his colleagues treated 4,556 full-term newborns in villages in Odisha state in India, where there are high rates of infant death and infectious disease. They found that the synbiotic combination—which costs only $1 per treatment—reduced neonatal sepsis and death by 40 percent, from 9 percent in the placebo arm to 5.4 percent among babies given the experimental treatment.

“This is another report that underscores the importance of gut colonization on the maintenance of optimal immunologic function,” John...

Sepsis is a clinical diagnosis of a systemic inflammatory response, due to an infection, that can damage vital organs and lead to death. In developing countries, sepsis remains a major source of morbidity and death in infants, yet the exact numbers are difficult to pin down, according to Panigrahi, because cultures are rarely taken, and the infants are instead diagnosed with a “possible severe bacterial infection” (pSBI).

“Our critics said, ‘You will never be able to do this trial because it is too complicated,’ which is now a compliment for me.”—Pinaki Panigrahi,
University of Nebraska

Following a pilot study that demonstrated persistent colonization of L. plantarum in the guts of infants given the synbiotic cocktail within the first three days of life, the researchers began the current larger trial, giving either a placebo or the synbiotic orally to two- to four-day-old healthy babies for a total of seven days. The rationale was to aid the colonization of the gut by non-pathogenic, commensal bacteria to set up an optimal immune system that better protects infants in the first few months of life.

The team followed the infants by tracking whether or not they were admitted to local hospitals for bacterial infections or other illnesses over a 60-day period. A total of 319 infants were hospitalized for pSBI and/or sepsis during the trial.

Among the hospitalized infants who had a microbial infection, 27 were in the placebo arm and six in the treatment arm. The risk reduction among babies who took the probiotic was 82 percent and 75 percent for Gram-positive and Gram-negative bacterial infections, respectively.

Lower respiratory tract infections were also reduced by 34 percent, from 6.1 percent in the control arm to 4 percent in the experimental arm, an unexpected result, according to Panigrahi. 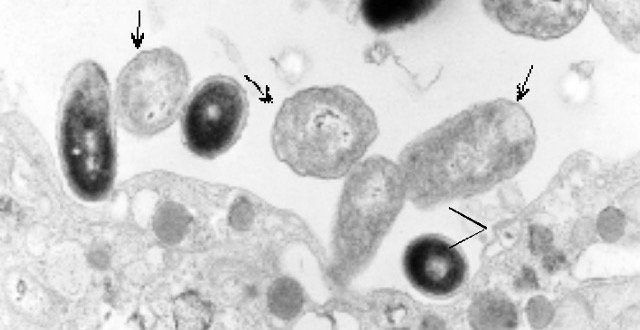 For both Marshall and Andi Shane, who studies pediatric infectious diseases at Emory University School of Medicine and who was not involved in the study, the decrease in respiratory infections suggests that the synbiotic may be altering the nature of the systemic immune response, bolstering immunity against infections other than those arising from the gut.

The oral preparation was well tolerated, with only one gastrointestinal adverse episode reported.

The trial took more than 10 years to execute and complete. “Our critics said, ‘You will never be able to do this trial because it is too complicated,’ which is now a compliment for me,” says Panigrahi.

“This is an amazing study because it used a large sample of mostly full-term infants to rigorously assess whether a particular probiotic/prebiotic combination could reduce the incidence of late-onset clinical sepsis in a part of the world where there is a very high disease burden from such infections,” says Daniel Tancredi, a statistician in the department of pediatrics at the University of California, Davis who was not involved in the trial and who penned an accompanying perspective.

Two remaining questions, according to Shane, are whether premature infants may also benefit from the synbiotic and whether breastfeeding, together with the synbiotic, plays a role in infection prevention.

For Panigrahi, the ultimate goal is not just sepsis prevention but prevention of all kinds of diseases with probiotics, particularly in the context of the growing problem of antibiotic resistance and the rise in inflammatory disorders around the world.

The team would now like to test whether the same or other synbiotics may work as a preventive measure against infant sepsis, and acquisition of antibiotic-resistant bacteria, in other parts of the world.

“Neonatal sepsis is a condition with notable morbidity and mortality and is an area that we have not been as successful in combatting as we have in other areas of child health,” writes Shane in an email to The Scientist. “Studies such as this one with a rigorous and creative approach are beneficial and while it is important to understand mechanisms, clinical outcomes may be just as, if not more relevant.”

Correction (August 16): The physician in the photo was mistakenly identified as Pinaki Panigrahi. The Scientist regrets the error.