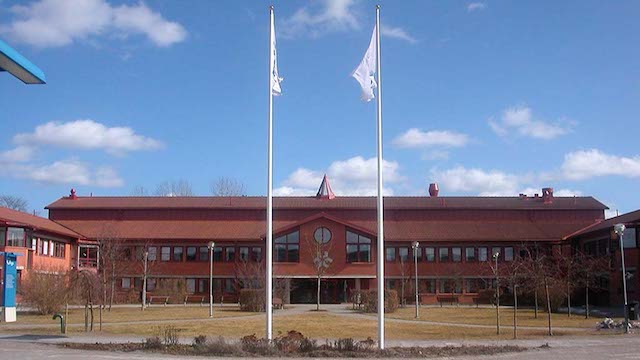 Earlier this month, Sensors, a journal belonging to the open access publisher MDPI, cancelled a planned special issue on biosensors due to the fake credentials and alleged fraud associated with its guest editor, Ashutosh Tiwari.

A description of the anticipated special issue, which has now been removed from MDPI’s website, had initially listed Tiwari as a professor affiliated with Linköping University (LiU). But according to Franck Vazquez, the CEO of MDPI, the journal learned that these credentials were false, and in addition to pulling the special issue from its website, MDPI has also removed LiU from Tiwari’s descriptions in past Sensors issues where he served as guest editor.

Tiwari was previously a researcher at the university studying biosensors and bioelectronics, but has not held a position there since 2015.

According to Vazquez, he was tipped off to Tiwari’s misrepresentation from retired plant...

MDPI has not yet made any public statements regarding the cancellation of the issue, because “at the moment, these are only allegations,” Vazquez says. “So we don’t want MDPI to influence the investigation—we need to wait for the university to clarify, then we will follow what they say.”

“While it was probably a good idea for them to cancel the special issue they were planning based on the concerns about the guest editor, you shouldn’t get a 404 page when you go to a link that a publisher has publicized,” says Ivan Oransky, a cofounder of Retraction Watch (Oransky was formerly an editor at The Scientist). “I think journals should, whenever possible, err on the side of transparency.”

Ulf Nilsson, the dean of LiU, confirms that Tiwari is no longer a researcher at his institution. He tells The Scientist that he first discovered the long list of allegations against Tiwari when he received multiple emails from academic staff members notifying him of a post about Tiwari on journalist Leonid Schneider’s blog, For Better Science, in mid-December.

In his piece, Schneider provides detailed explanations of Tiwari’s alleged scientific misconduct, misleading publishing practices, and fraud. This includes, among other things, claims that VBRI press, for which Tiwari is the editor-in-chief, engages in predatory practices, and that the International Association of Advanced Materials, an organization where Tiwari is Secretary General, solely exists “to organize predatory conferences, preferably on luxury cruise ships.” One such conference, the European Advanced Materials Congress, which was held in 2017, was apparently attended by a number of prominent scientists.

Although Tiwari is not currently employed at LiU, he did work there as a “forskarassistent” (which, according to Nilsson, translates to research fellow or assistant professor in English) and a “lektor” (senior lecturer) between April 2011 and March 2015. Near the end of his time at LiU, an employee submitted a complaint to the university claiming that Tiwari was stealing data, plagiarizing, and holding a fake PhD diploma, Nilsson says. “But there was no concrete evidence at the time, so it was not possible to make a claim that he was responsible for scientific misconduct.”

Now, after receiving information from both Schneider’s site and through internal communications, the university has initiated two investigations, Nilsson tells The Scientist. One, led by Nilsson, is examining the scientific misconduct allegations, which includes the claims of image duplication in published articles, his allegedly forged PhD degree, and the possibly predatory journal and conferences. The other inquiry, headed by LiU’s internal audit office, is looking into Tiwari’s private company, VBRI Press AB, and its relationship to LiU—what it was, and to what extent he had access to the university’s resources.

Schneider tells The Scientist in an email that Nilsson responded in a timely manner to the allegations against Tiwari. “[He] promised to answer my questions and to initiate an investigation, which he did.”

Conferences remove Tiwari from their rosters

The university has also been contacting conferences where Tiwari appears on committees, calling himself a professor affiliated with Linköping University, according to Nilsson. For example, the Materials 2018 conference in Spain had listed Tiwari as senior program chair, and the International Conference on Engineering Science & Advance Research listed him on their technical committee. Both have since removed Tiwari from their sites.

Tiwari did not respond to The Scientist’s requests for comment. He did, however, appear this Sunday (January 14) in Corren, a Swedish newspaper, denying the accusations against him. “It is hard work that lies behind the conferences we have arranged,” Tiwari tells the news outlet (translated by Google Translate), “and I feel that I am subjected to a conspiracy.”