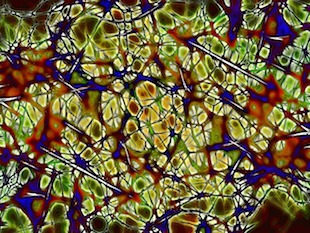 Somatic mosaicism—the variation of the genome between individual cells—is particularly consequential in the brain. Neuroscientists have found that small changes to the genome of even a few neurons can have neurological consequences. In a study published in Nature Neuroscience this week (September 12), scientists set their sights on one source of this variation. Using single-cell sequencing and machine learning algorithms, they have examined the extent of long interspersed element-1 (LINE-1, or L1) retrotransposition in the healthy human brain.

In the 1940s, Barbara McClintock and colleagues discovered transposons, or “jumping genes,” scraps of DNA able to move from one position in the genome to another. By 2005, Fred “Rusty” Gage of the Salk Institute for Biological Studies and colleagues identified L1 transposons as a source of genomic mosaicism in human neurons. Now, Gage and his colleagues have shown that L1s don’t just jump around: these mobile elements can also spontaneously trigger the deletion of certain genes.

“The main aspect that’s new in this paper is that there seems to be increased changes in these LINE elements that may not be due to insertional changes. . . . They may be something that serve as a potential target for somatic changes,” said Jerold Chun of the Scripps Research Institute in La Jolla, California, who was not involved in the present study. “That’s an interesting concept, and I think it will be interesting to see what that entails.”

The team applied paired-end sequencing to screen the genomes of individual neurons, targeting and identifying L1 locations. Some of these jumping genes could have been present in the neural progenitor cell that gave rise to the neuron, while others could have been new insertions of the L1 unique to that neuron, the researchers realized. To sort out true genomic mosaicism, the team trained a machine learning algorithm to compare these individual genomes with a reference genome, pinpointing unique L1 insertions.

L1 transposons create unique alterations to neuronal genomes, on the order of 0.5 to one alteration per cell, and L1-associated changes can be found in 44 percent to 63 percent of cells in the healthy brain, the researchers found. But when the researchers sought to confirm these L1 insertions using direct molecular methods, they could not find around half of the supposed changes. Upon closer inspection of the stretches of DNA around where the algorithm had flagged a unique change to the genomes, the researchers instead found evidence of large genetic deletions.

L1 elements contain genes for endonucleases, proteins that cleave DNA, which are part of the toolkit they use to splice into new locations. The thought, explained Gage, is that these endonucleases sometimes continue cutting after an insertion, lopping off segments of DNA. If confirmed, this would be a previously unrecognized source of genomic mosaicism in the brain caused by L1 elements.

For now, however, the study’s results help clarify the contested issue of how frequently L1 insertions occur in neurons. “There’s this minor controversy that’s been going around” regarding the prevalence of L1 insertions, said Haig Kazazian of Johns Hopkins University who was not involved in the study.

Previous work by the Salk team had offered estimates as high as 80 L1-related genetic variations per neuron. This newer, lower estimate is closer to findings reported by other groups.

“The main point,” Kazazian continued, is an emerging consensus among neuorscientists “that these insertions are occurring somatically, both in progenitor and—probably—in adult cells.”

The precise roles of L1 transposons in somatic mosaicism of the human brain remain unclear. Neurons are unique among the body’s cells because they do not regularly turn over, but instead can stay with a person for his or her entire life. Genetic changes that occur when a neuron is formed can therefore have permanent effects.

Chun noted that it is “highly likely” these changes have functional implications, but establishing direct evidence “has been a hard nut to crack.”

Correction (September 20): The first line of this article has been revised to note that somatic mosaicism is  variation of the genome “between” individual cells (not “within” them, as prevsiously written). The Scientist regrets the error. 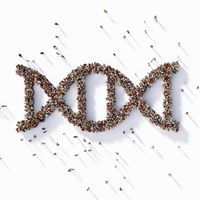 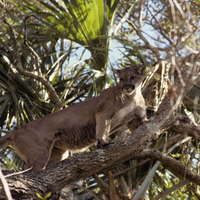