Intralocus sexual conflict reduces the benefits of sexual selection by diminishing the fitness of offspring produced by the most attractive mates, researchers report in PLoS Biology this week. The study is the first to measure the inheritance of genetic quality from both parents across generations.When individuals of the same species carry sexually antagonistic genes -- genes that have opposite effects on fitness when expressed in the two sexes -- sexual conflict ensues. "In promiscuous mating systems, many genes that make a good male don't make a good female," study author Alison Pischedda, formerly at Queen's University in Kingston, Ontario, Canada told The Scientist. To test the prediction that sexually antagonistic genes would result in an inverted pattern of fitness inheritance from one generation to the next, Pischedda and her colleague, Adam Chippindale, produced high-fitness and low-fitness lines of Drosophila melanogaster using cytogenetic cloning, a technique that allows the replication of entire genomes through directed crosses. They selected three genetic lines with the highest and lowest competitive reproductive success for each sex as high- and low-fitness parents and mated them in all possible combinations. Fitness was measured as paternity success for males and egg production for females.The results showed that any potential genetic benefits of sexual selection were reversed in the next generation: high-fitness males produced low-fitness daughters, and high-fitness females produced low-fitness sons. "A male may be high-quality because he has a lot of masculinizing male-benefit genes," explained Pischedda, the first author of the paper. "When a female mates with such a male, those masculinizing genes pass to the offspring, and if they end up in a daughter, they will reduce her fitness. The same thing happens with maternal fitness."Another result was that males of either high- or low-quality were not able to influence the fitness of their sons in any way. "We think that this is because the majority of sexually antagonistic genes are on the X chromosome," Pischedda said."These results surely have far-reaching implications for evolutionary biology, especially if they turn out to be true in other species," said Russell Bonduriansky of the University of New South Wales in Sydney, Australia. According to the PLoS paper, the new data does fit into an increasingly larger framework of results that show that intralocus sexual conflict can happen in most sexually reproducing species from flies to lizards, and even in humans.For Bonduriansky, who was not involved in the study, the paper challenges the way we think about sexual selection. "For a very long time, we thought that females are choosy about which male they mate with because the highest quality males are going to have the highest quality offspring, but this suggests that females should be looking for the worst males to mate with."The ideas of intralocus sexual conflict and sexually antagonistic genes have been around for decades. A paper in 1984 examined their potential consequences, but only in the last few years have researchers been able to provide empirical evidence of their presence in the genome. "It's very difficult to look at whether or not genes expressed in males have opposite effects when expressed in females, but these guys did it with very beautiful, very elegant, and very creative experiments," said Scott Pitnick of Syracuse University, who did not participate in the research. "This is real genetic pyrotechnics."The paper also addresses a central question in evolutionary biology: if selection favors the fittest, why is there such a wide degree of genetic diversity in populations? "We believe that intralocus sexual conflict could provide an explanation: selection for high-quality females in a population may oppose selection for high-quality males, and vice versa. This constraint on selection likely helps maintain diversity," concluded Pischedda.Graciela Flores mail@the-scientist.comLinks within this article: A. Pischedda, AK. Chippindale, "Intralocus Sexual Conflict Diminishes the Benefits of Sexual Selection," PLoS Biol 4(11): e356. DOI: 10.1371/journal.pbio.0040356, 2006 http://dx.doi.org/10.1371/journal.pbio.0040356T. Toma, "Sex wars drive evolution," The Scientist, June 26, 2003 http://www.the-scientist.com/article/display/21410J. Lucentini "Love is like an addiction," The Scientist, February 14, 2005 http://www.the-scientist.com/article/display/15244Alison Pischedda http://biology.queensu.ca/~pischedd/index.htmlRussell Bonduriansky http://www.bees.unsw.edu.au/school/researchstaff/bonduriansky/bondurianskyrussell.htmlW.R. Rice, "Sex chromosomes and the evolution of sexual dimorphism," Evolution 38: 735-742, 1984. http://www.lifesci.ucsb.edu/eemb/faculty/rice/publications/pdf/07.pdfA.K. Chippindale et al., "Negative genetic correlation for adult fitness between the sexes reveals ontogenetic conflict in Drosophila." Proc Natl Acad Sci USA 98: 1671-1675, 2001 http://www.ncbi.nlm.nih.gov/entrez/query.fcgi?db=pubmed&cmd=Retrieve&dopt=AbstractPlus&list_uids=11172009&query_hl=2&itool=pubmed_docsumScott Pitnick http://biology.syr.edu/pitnick
Related Articles 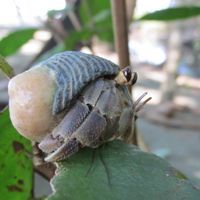 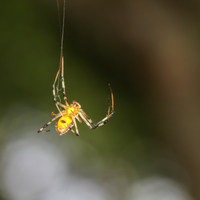 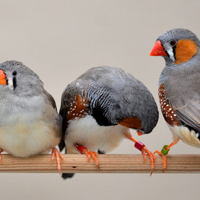