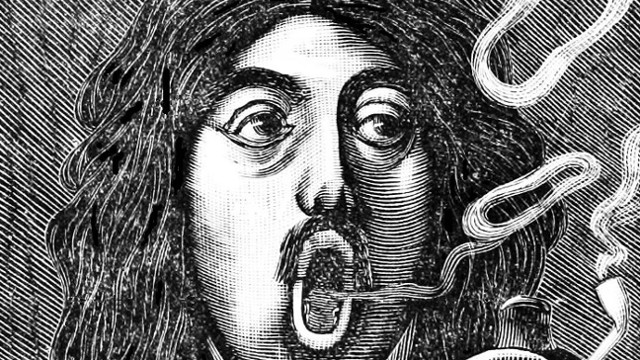 WIKIMEDIA, POPULAR SCIENCE MONTHLY VOLUME 20Researchers have uncovered the genomic mutations and DNA methylation patterns likely caused by tobacco smoke in 17 types of cancerous tumors. A comprehensive survey of mutations likely caused by carcinogens found in tobacco smoke by researchers at the Los Alamos National Laboratory in New Mexico, the Wellcome Trust Sanger Institute, and their colleagues was published today (November 3) in Science. The work provides a window into understanding the mechanisms by which tobacco smoke induces mutations that can lead to cancer in tissues that are directly or indirectly exposed to it.

“Comparing the mutations in cancers arising in smokers and non-smokers using genomic sequencing has never been done to this extent,” Gerd Pfeifer of the Van Andel Research Institute in Michigan, who was not involved in the work but penned an accompanying editorial, told The Scientist.

“This study highlights how important primary...

Ludmil Alexandrov of the Los Alamos National Lab, along with the Wellcome Trust’s Michael Stratton  and their colleagues, used whole-genome sequences of 610 tumors and the exomes of 4,633 additional tumors, together covering 17 smoking-associated forms of cancer. The researchers examined each tumor as a mixture of multiple genomic mutation signatures identified in a previous study, which spanned a wider range of tumor types.?? Of the 5,243 tumors the researchers examined in the present study, 2,490 were derived from tobacco smokers and 1,063 from never-smokers.

“The hypothesis is that chemicals in tobacco directly damage DNA in tissues like the lung that are directly exposed to tobacco smoke. But there is not an understanding of how tobacco smoke increases the risk of cancer in other tissues not directly exposed to smoke like the bladder, and kidneys,” Alexandrov told The Scientist. “We wanted to understand the mechanisms by which tobacco can increase the risk for cancer.”

The tumor types with the highest odds ratio for developing cancer in individuals who smoke an average of more than 30 cigarettes a day are those that occur in tissues directly exposed to tobacco smoke, the researchers showed (small cell lung cancer, squamous lung cancer, and lung adenocarcinomas). Tallying the number of mutations observed in lung tissue samples, the researchers estimated that approximately 150 mutations accumulate in a given lung cell in individuals who smoke a pack of cigarettes a day for a year.

The team also found a mutational signature characteristic of tumors of the lung and larynx in smokers. This guanine-to-thymine base-pair change is thought to occur as a result of DNA adducts on guanines and has been previously demonstrated as the mutational signature that occurs in cells exposed to a known tobacco-derived carcinogen.

For tissues indirectly exposed to tobacco smoke, the picture is more complicated.

The researchers uncovered a complex mutational pattern spanning all the cancer types examined. This cellular aging–related mutational pattern was found in tumors from smokers and nonsmokers, but was enriched among smokers. “What we think is happening in this case is that tobacco smoke is deregulating a molecular clock, and that is increasing the speed with which these mutations accumulate,” explained Alexandrov.  How these mutations occur is not yet clear.

“The tissues with direct tobacco exposure look different than tissues exposed indirectly,” said Rozen. “The ones affected indirectly are more mysterious, pointing out that we really don’t know the mechanism by which smoking causes tumors in these tissues.”

While different DNA methylation patterns in the blood cells of smokers compared to nonsmokers have been observed, in the present study, the researchers observed similar patterns of methylation in both groups.

Several tissues in which tobacco smoke–associated cancers develop are those involved in metabolism and waste filtration, such as stomach, liver, bladder, and kidney. “These tissues don’t see the tobacco smoke directly, so the tobacco is likely acting through a proxy,” Alexandrov told The Scientist.

“We thought that this study would confirm prior results about smoking and cancer-causing DNA mutations,” he continued. “But we found quite a few new mechanisms suggesting that there is a lot that we still don’t know.”

Pfeifer suggested that the approach should now be used to study the origins of other cancers for which the carcinogen is unknown. “We can look at the mutational signatures to give us good clues on the type of mutagen that could have caused the mutations,” he said.

Alexandrov, Stratton, and colleagues now plan to apply the same methodology to uncover the mutational patterns and potential mechanisms behind other factors, such as obesity and hormonal changes, known to increase the risk of certain cancers. “We know that tobacco causes cancer and have revealed a suite of potential mechanisms. But there are a host of other factors that cause cancer and yet we have no idea about the mechanisms,” Alexandrov said.