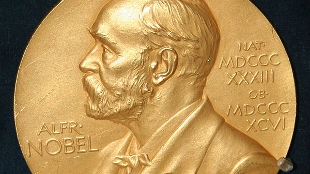 WIKIMEDIA, JONATHUNDERIn a personal narrative, Rongxiang Xu wrote that in 2003, Chinese and Swedish reporters wondered how many Nobel prizes Xu would win for his impressive work on regenerative science. To their flattery he replied, “I did not conduct scientific researches for any prizes, as ‘God’ had endowed me with this mission and the enthusiasm; all I could do was realize my true value as a human being.”

Still, he was stunned last October when John Gurdon and Shinya Yamanaka won the Nobel Prize in Physiology or Medicine for their research on reprogramming mature cells into versatile, pluripotent ones. His own work, Xu claims, was just as critical, if not more so, to the field of regenerative science, and he is suing the Nobel Assembly at the Karolinska Institute in Sweden for unjustly injuring his “reputation, occupation, and profession” and exposing him to “contempt and ridicule.” On February...

Xu is a Chinese surgeon living in Los Angeles and the founder of the Beijing- and L.A.-based regenerative science corporation MEBO. In his complaint to the court, Xu says that the Nobel committee falsely stated that the scientists who won the Nobel “unlocked” the potential for pluripotency in differentiated cells. He claims that he not only unlocked this potential before the winners, but that he did so naturally, without genetically manipulating cells as Yamanaka and Gurdon have. However, Xu has not published his work in any of the millions of mainstream peer-reviewed journals cataloged by Pubmed.

By awarding Yamanaka and Gurdon the Nobel for their stem cell work, Xu says the Assembly has undermined his reputation. The complaint reads: “Dr. Xu’s main interest is in rehabilitating his dominant positions as the owner [and] pioneer of [this] scientific achievement.” A spokesperson from the Nobel Foundation told The Scientist that the Assembly had never heard of Rongxiang Xu before this case, and that it is “a lawsuit which we find frivolous.”

According to his personal accounts in the complaint and on the MEBO website as of March 13, more than 15 years ago, Xu discovered a blend of regenerative nutrients that helps wounds heal by returning undamaged cells at the wound site to a pluripotent state. His proof was that these cells did not express keratin 19, a protein previously found in some skin stem cells, until after they were treated with the nutrient cocktail. The cocktail was a stepping-stone for the product now called moist exposed burn ointment (MEBO).  Xu’s son, Kevin, told The Scientist that those discoveries have since allowed 20 million burn victims to restore their normal skin, and according to the MEBO website, the treatments may have much broader applications, including regenerating organs and curing cancer.

Xu’s son says his father did not submit his results to mainstream peer-reviewed journals because “he did not want to spend a lot of time writing articles for publication.” Xu did, however, publish in a journal he edits, called The Chinese Journal of Burns Wounds & Surface Ulcers, and with two other doctors, he wrote a book on MEBO techniques in 2004. For the past two decades, his findings were touted in online press releases and news stories in Chinese newspapers; a short 1992 documentary features his research; and at least one US company sees promise in Xu’s treatments. Botanical drug development company Skingenix, also based in Los Angeles, is sponsoring Phase II clinical trials to test whether MEBO products help heal foot ulcers and burns. These studies are not designed to shed light on whether MEBO and stem cells share anything in common, however, and Skingenix declined to comment on this story.

When Cell published Yamanaka’s study in 2006 describing how four transcription factors transform mature cells into stem cells—one of the papers that would later win Yamanaka the Nobel—Xu issued a public announcement in a major Chinese newspaper. “I don’t know if Yamanaka knows my dad, but my dad wanted to notify the public of China about him,” says Kevin Xu, who spoke with The Scientist in lieu of his father. “My dad wanted to clarify that regenerative potential is innate and there is no need to excessively engineer it.”

But without peer-reviewed evidence, the stem cell community is largely unsupportive of Xu’s claims.  “Dr. Xu says he [induces pluripotent cells] with no genetic manipulation, but he has not shown it,” said Thomas Graf, a stem cell biologist at the Center for Genomic Regulation in Barcelona, Spain. “Saying it is one thing; proving it is another.” If Xu’s treatment transforms differentiated cells into pluripotent ones, Graf said, Xu would need to demonstrate that the treated cells can form neurons, heart cells, and other cell types, as Yamanaka’s stem cells can. The protein keratin 19 does not a stem cell make, he noted. Even if they were pluripotent, he adds that without published evidence, it’s impossible to tell whether the rejuvenated cells derived directly from mature and damaged ones, rather than from other parts of the tissue.

Douglas Sipp, a stem cell policy expert at the RIKEN Center for Developmental Biology in Kobe, Japan, mentions Xu’s lack of peer-reviewed evidence as well. “Yamanaka’s papers are cited thousands of times, which means the technology he introduced has had a huge impact on the stem cell community,” he said. “If you don’t publish the details of your work in peer-reviewed journals that are accessible to the international community in such detail that they can reproduce the studies themselves, you might be doing exciting things, but it is unreasonable to expect the community to recognize it.”

Xu’s disappointment in being left out of the Nobel Prize is not unique. The award is limited to three recipients, and because science is an inherently collaborative endeavor, someone inevitably gets excluded. For instance, the 2008 prize for the discovery of green fluorescent protein skipped over Douglas Prasher, the molecular biologist who first cloned the gene for it. And last year, Internet commenters mumbled that James Thomson, at the University of Wisconsin in Madison, should have also been included in last year’s prize with Yamanaka and Gurdon because in a 2007 issue of Science he reported a genetic cocktail to induce pluripotency in human cells independent of Yamanaka. But this is the first time that a scientist will take the Medical Nobel Assembly to court.

“I hope it’s the first and last time it happens,” said Graf.

The court has yet to schedule a trial date.

Corrections (March 14, 2013): This story has been updated from its original version to correctly reflect that James Thomson's 2007 paper was published in Science, not Cell. Additionally, the story was updated on March 21 to reflect that Xu claims to return undamaged cells at the wound site to the pluripotent state, not cells that have been damaged. The Scientist regrets the errors.