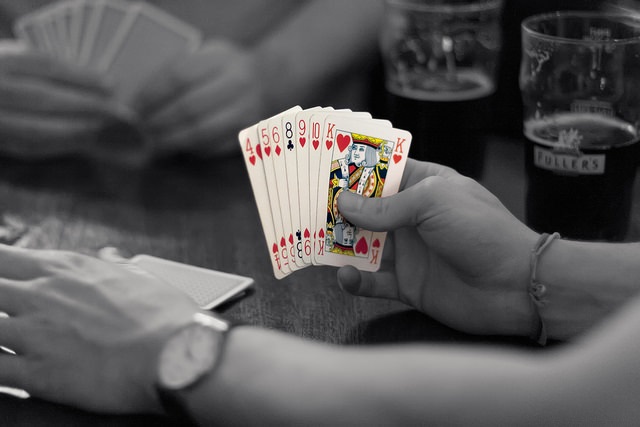 FLICKR, SAGESOLARAt least one type of social learning, or the ability to learn from observing others’ actions, is processed by individual neurons within a region of the human brain called the rostral anterior cingulate cortex (rACC), according to a study published today (September 6) in Nature Communications. The work is the first direct analysis in humans of the neuronal activity that encodes information about others’ behavior.

“The idea [is] that there could be an area that’s specialized for processing things about other people,” says Matthew Apps, a neuroscientist at the University of Oxford who was not involved with the study. “How we think about other people might use distinct processes from how we might think about ourselves.”

During the social learning experiments, the University of California, Los Angeles (UCLA) and CalTech–based research team recorded the activity of individual neurons in the brains of epilepsy patients. The patients...

With data streaming out of the patients’ brains, the researchers taught the subjects to play a card game on a laptop. Each turn, the patients could select from one of two decks of face-down cards: the cards either gave $10 or $100 in virtual winnings, or subtracted $10 or $100. In one deck, 70 percent of the cards were winning cards, while in the other only 30 percent were. The goal was to rack up the most money.

The subjects learned which deck was better through trial and error—in other words, self-experienced learning. However, they also had the opportunity each round to observe two other “players,” virtual avatars whose moves had been pre-recorded and later adjusted by the research team to ensure an appropriate level of experimental variance. These virtual players chose from the same decks as the subject, and so for every choice the subjects made, they also received two other data points from which to draw conclusions about the decks.

Throughout the card game, as players made predictions about which deck was better and subsequently won or lost their virtual money, the researchers collected data on which neurons were firing and when. “The actual signal that we record is the action potential, which is arguably a ground truth in the brain—it’s really where biology becomes information,” says Michael Hill, a coauthor of the study now based at the Center for Neuroprosthetics at EPFL in Switzerland.

Specifically, Hill and his team were looking at neuronal firing in the amygdala, the rostromedial prefrontal cortex, and the rACC that might encode prediction errors while observing other players—for example, if the subject believed the left deck to be the better choice, but another player selected a losing card from that deck. In the amygdala and rostromedial prefrontal cortex, neurons fired the same way in response to these events regardless of whether the subject or another player was experiencing them. However, neurons in the rACC responded differently while subjects were observing another player versus taking their own turns. “The rACC is highly involved in [this computation], maybe moreso than these other structures,” says Hill, though he notes that the results don’t mean the amygdala and prefrontal cortex play no role in social learning.

The research aligns with previous neuron studies of observational learning in rodents and non-human primates, and with human fMRI studies, says Steve Chang, a neurobiologist at Yale University who was not involved in the project. “This kind of result gives us a good guideline to target similar regions in the animal brain . . . and see what these neurons do when we causally manipulate them,” he adds. “These results from different angles will eventually all converge to an interesting picture for social cognition.”

For humans, the results also point to another potential avenue for research in the clinic. “For conditions such as psychopathy or individuals on the autism spectrum, this sort of hints at a new target,” says Apps. With a team of colleagues, Apps is currently investigating if the social difficulties faced by some individuals on the autism spectrum are due to an absence of activity in response to prediction errors in this brain region.