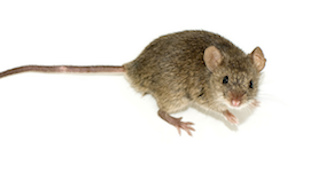 WIKIMEDIA, GEORGE SHUKLINStatins may aid in bone growth in people with dwarfism caused by mutations in the gene FGFR3, according to a study published today (September 17) in Nature. Researchers identified the cholesterol-lowering drug’s growth-stimulating properties during a screen using induced pluripotent stem cells (iPSCs) derived from patients’ skin cells that were differentiated into cartilage-producing cells called chondrocytes. The patients had the most common form of dwarfism, achondroplasia, as well as a rarer disorder, called thanatophoric dysplasia type 1 (TD1), which is typically fatal early in life.

Obtaining chondrocytes from patients is an invasive process that is rarely done, explained coauthor Noriyuki Tsumaki of Kyoto University in Japan. This makes it difficult to assess how FGFR3 mutations function in human cells and what might be done to treat people with these abnormalities.

“The beauty of iPS cells is that any cell type can be used from the...

“They definitely show that the cellular model is really working and it’s very interesting to have that,” said Elvire Gouze, who studies achondroplasia at the French Institute of Health and Medical Research (INSERM). Gouze said she is interested in using the model in her own research going forward.

The study is “a wonderful proof of principle that statins may ameliorate . . . the mutant FGFR3 hypersignaling,” said Andrea Superti-Furga, a pediatrician who studies genetic skeletal diseases at the University of Lausanne in Switzerland. “Having that said that, there’s a lot of questions raised by this paper.”

The researchers used a previously derived set of instructions for creating iPSCs from skin cells and then differentiating them into chondrocytes, creating, for the first time, patient-specific stem cell lines from three TD1 patients and three achondroplasia patients. They also produced chondrocytes from the skin cells of healthy people.

There are no specific treatments for achondroplasia nor TD1, although there is one compound—c-type natriuretic peptide (CNP)—currently being tested in Phase 2 clinical trial for treating achondroplasia.

The researchers decided to screen drugs for their ability to rescue the chondrocytes’ cartilage production. They found that both CNP and statins led the cells to produce less degraded cartilage. Statins had previously been shown to increase bone growth in rodents.

The exact mechanism by which statins stimulate proper cartilage production is unclear, said Tsumaki. Intriguingly, his team did find that FGFR3 protein levels—but not FGFR3 mRNA levels—were decreased in statin-treated cells, indicating that the drug sped the degradation of the protein. Previous work has shown that FGFR3 is a signaling molecule that resides in chondrocyte membranes. Mutations of FGFR3 in achondroplasia and TD1 are gain-of-function mutations, meaning that the mutant protein actively interferes with cellular processes. Statins may simply increase cartilage production by knocking down overexpressed mutant FGFR3, the researchers noted.

The team next assessed the effects of statins in mice with achondroplasia-causing mutations in FGFR3, finding that some of the animals’ bones grew longer in the presence of the drug.

Still, many questions must be answered before statins are tried out in human children with dwarfism. INSERM’s Laurence Legeai-Mallet noted that the bone growth observed in mice was not dramatic. “It’s a very mild phenotype,” she said. “They did not observe a strong effect.”

And Gouze noted that both the wild-type and mutant mice varied in size; the smallest mutant mouse in the study was larger than the smallest wild-type mouse.

It’s still unclear whether statins are safe for use in young children. Since the symptoms of TD1 and achondroplasia begin to manifest even before birth, it might be desirable to start giving children statins as early as possible—perhaps even prenatally for children with TD1. But while statins have been shown to be safe for adults and have even been used in some older children with cholesterol disorders, there is no data on its safety for babies. One concern is that cholesterol itself is key for building cells membranes and particularly for brain development in developing children.

“Before moving to clinical tests, safety and efficacy of statins for FGFR3 chondrodysplasia need to be tested in animal models extensively,” said Tsumaki.

Superti-Furga also cautioned that “many things that may work in mice with their microscopic little bones may not work in humans,” which have poorly vascularized cartilage.

Nevertheless, the use of statins to treat people with FGFR3 mutations “remains a very exciting prospect that certainly needs to be explored with a high priority,” Superti-Furga added.