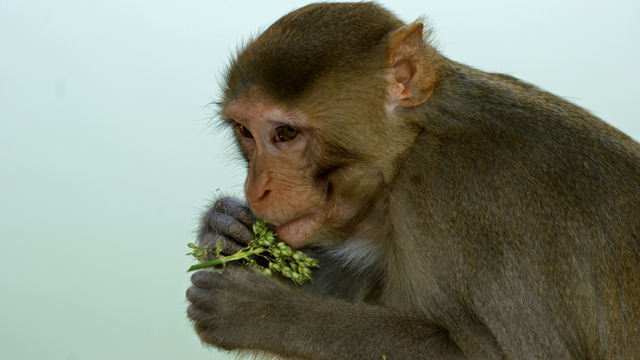 “This type of cellular therapy, though still in its infancy, may eventually be a reasonable approach to treating central nervous system injury and possibly even neurodegenerative disease in humans,” Jonathan Glass, a neurologist at Emory University School of Medicine, tells The Scientist by email. Glass, who was not involved in the study, notes that the differentiation of stem cells over time is “impressive,” as is their ability to make connections in the monkeys’ central nervous systems, but more work needs to be done to show if the cells can grow extremely long axons to connect motor and sensory neurons after spinal injury in humans.

“We definitely have more confidence to do this type of treatment in humans,” study coauthor Mark Tuszynski, a neuroscientist at the University of California, San Diego, School of Medicine, tells The Scientist.

In the study, Tuszynski and his colleagues cut into a section of the spinal cord of rhesus monkeys and then two weeks later inserted a graft of human neural progenitor cells into the injury site. In the first four monkeys, the grafts did not stay in position, a finding that forced the researchers to add to the transplants more fibrinogen–thrombin, a protein-enzyme mixture the makes the graft adhere more quickly to site. The team also had to tilt the operating table to drain cerebral spinal fluid, which would wash the graft away.

Axons growing from human nerve cells grafted into a monkey’s spinal cord. The arrowheads point to axon growth at different distances from the graft.IMAGE COURTESY OF M. TUSZYNSKIWith these tweaks, the transplanted tissue stayed in place in the remaining five monkeys, and the researchers observed the transplanted cells develop into neurons and glia. In the lesions, the human neurons spun up to 150,000 threadlike axons that extended up to 50 millimeters from the graft, and as early as two months after the new cells were in place, the researchers could see that they were making connections with monkeys’ nerve cells. In most cases, the monkeys with grafts that adhered to the injured site were better able to manipulate their fingers to curve them around an orange compared with the monkeys whose grafts didn’t hold and whose fingers remained folded so the orange rested on their knuckles.

“It’s a big leap to go from rodents to primates, especially in the case of spinal cord injury studies,” says Steve Goldman, a neuroscientist and neurologist at the University of Rochester who was not involved in the study. “This is a really heroic study from that standpoint.” He says the data show a clear benefit for the monkeys’ abilities to move their hands and arms after injury, but he notes that the team did not have matched controls. He also adds that spinal cord injuries are exceedingly difficult to model. “In humans, every spinal cord injury is unique,” he says, noting that the surgical damage in recapitulating spinal cord injury in monkeys may not completely reflect the complexity of the injuries in humans.

Still, Goldman says, the results verify the concept that neural stem cell grafts can become neurons that might act as a bridge connecting tissue severed in spinal cord injuries. That’s never been conclusively demonstrated in rodents, but it is demonstrated here, he says.

Tuszynski says his team is now working on the next set of studies to verify the results and also determine the best type of stem cells to use in humans. “Not all stem cells have the same potential to repair the spinal cord,” he says, noting that embryonic stem cells might be the most effective.