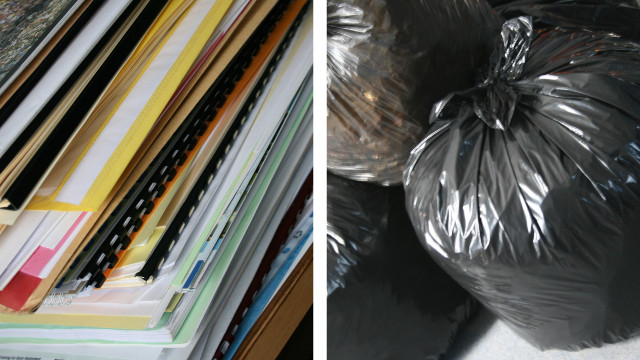 FLICKR, PETEThe results of about 45 percent of completed stem cell clinical trials end up published in academic journals, according to a study published in Stem Cell Reports (April 13). This trend is consistent with prior studies that found trial publication is not inevitable and only occurs for about 30 to 60 percent of all clinical trials from around the world registered within the National Institutes of Health (NIH)-maintained clinicaltrials.gov registry and results database.

“The study shows a gap between studies that have taken place and actual publication of the data, so a substantial number of trials testing cell-based interventions are not entering the public domain,” Leigh Turner, a bioethicist at the University of Minnesota who was not involved in the work, told The Scientist. “The underlying question [to this study and others] is, what is the ethical and scientific basis to exposing human research subjects to risk...

“What is a consistent finding with prior work is that the results of a lot of trials, and especially early-phase trials, are never published. What’s novel is that this is the first such study to look at cell-based intervention trials,” said Jonathan Kimmelman, a biomedical ethicist at McGill University who did not participate in the study.

Tania Bubela, a professor at the School of Public Health at the University of Alberta in Canada and her colleagues identified 1,052 stem cell clinical trials within clinicaltrials.gov and other international trial registries. One half of the trials were early-stage phase 1 studies.

Of the 393 trials that were completed, 179 (45.4 percent) had been published in a peer-reviewed journal, and 37 (3.5 percent) had posted their results on the clinicaltrials.gov database, a feature of the online registry that was launched in 2008.

The Food and Drug Administration Amendments Act of 2007 requires that researchers conducting certain human trials register them on clinicaltrials.gov and post trial safety and efficacy results within one year of trial completion, but there is insufficient oversight and few results are posted. NIH policy requires registration and posting of results for all trials it supports, regardless of phase, but the US law does not require phase 1 trial registration, noted Kay Dickersin, director of the Center for Clinical Trials and Evidence Synthesis at Johns Hopkins Bloomberg School of Public Health in Baltimore, Maryland. The data reporting on these trials through clinicaltrials.gov is not required of these studies either.

“Even though patients participate in phase 1 trials, by this law, there is no requirement to officially register these trials. This is ethically untenable. The U.S. law should be strengthened to require registration of all trials, regardless of phase,” wrote Dickersin in an email to The Scientist.

The authors also identified 48 registered clinical trials associated with so-called stem cell tourism clinics, none of which published results of their studies.

“This finding reinforces that clinicaltrials.gov is being co-opted by clinics offering unproven stem cell-based interventions as a vehicle for advertising and legitimization. It also demonstrates again that these clinics do not seem to be committed to rigorous scientific methods, including committing to and disseminating their findings,” noted Kimmelman.

Bubela and her team focused on stem cell-based therapies because of the media attention and the promise of efficacy that the regenerative medicine field has garnered. “When you have a field that is accused of overpromising in some areas, it is beholden of the researchers in that field to publish the results of their trials so that the public and policy makers can realistically estimate the potential benefits,” Bubela told The Scientist.

The International Society for Stem Cell Research (ISSCR) recently updated its guidelines for clinical translation of stem cell research, stating that full completed trial results should be disclosed in a publication in sufficient detail, whether the data are “positive, negative or inconclusive.”

“This publication makes clear that the spirit of the 2016 revised ISSCR guidelines has historically not been uniformly honored,” said Kimmelman.

But at least policies are changing, he added. The European Medicines Agency is pushing transparency and public availability of clinical trial reports submitted to the agency for review. For their part, both the US Department of Health and Human Services and the National Institutes of Health (NIH) have issued policies to increase reporting of trial data to clinicaltrials.gov, making the release of data from trials funded by the NIH mandatory.

In the new paper, Bubela and her colleagues found that 67.3 percent of the studies reported positive outcomes even though the trials were early-stage, safety-focused studies.

“While it is gratifying to see that harms were often measured and reported, we still do not have a clear picture of harms from most therapies,” wrote Dickersin. “The scientific community must address this critical area of potential harms identified from studies because reporting harms publicly is at least as important as reporting the potential benefits, to patients and their caregivers.”