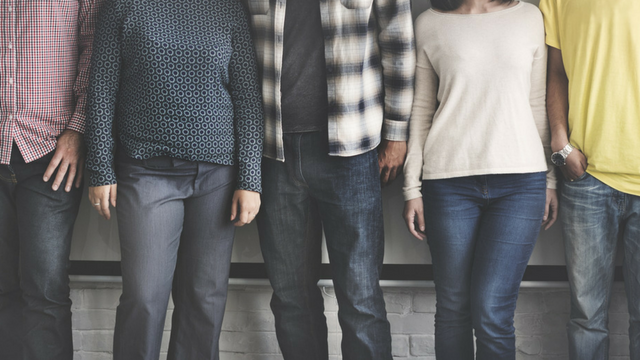 PIXABAY, RAWPIXELThe roster of invited speakers from four major virology conferences has been dominated by men over the last three decades, according to a recent analysis appearing in the August issue of the Journal of Virology. While these trends are “bleak,” the authors write in their report, “the future is promising” due to a recent uptick in female inclusion.

This report “highlighted what [we] have known for years; scientific and organizing committees need to do a better job with speaker diversity,” says American Society for Virology (ASV) president Stacey Schultz-Cherry of St. Jude Children’s Research Hospital, in an email to The Scientist. ASV’s annual conference was among those included in the report.

The exclusion of women in scientific conferences is hotly discussed, but often, there aren’t sufficient data to support either side of the argument, write the authors. Virologists Ann Palmenberg and Robert Kalejta of the University...

The researchers tallied male and female scientists invited to speak at the ASV Annual Meeting, the International Herpesvirus Workshop (IHW), the Positive-Strand RNA Virus Symposium (PSR), and the Gordon Research Conference on Viruses and Cells beginning in 1982, 1985, 1986, and 1995, respectively, through 2016 for PSR and 2017 for the rest. They used a compilation of materials, including hard copies of older program books along with online sources.

The results were clear: male speakers comprise 70 percent or more of the invited speaker pool at all four conferences throughout the time periods.

The authors also demonstrated that inviting more first-time speakers improves gender parity. In one analysis, they divvied up data from ASV’s plenary sessions from 2000 to 2017 into two groups: meetings with the greatest amount of first-timers versus meetings with the least. They found that that meetings with fewer new speakers boasted more men.

In Palmenberg’s experience, “there’s a central core of established investigators that pick each other over and over and over. They recycle themselves. That fundamental mechanism is what has led to the exclusion of women.” She calls it the “old boys network.”

“Picking new names tends to stir the pot,” she says. “It’s like opening windows in your house. You get more fresh air.”

The authors also note that including at least one woman in speaker recruitment also improves female representation.

ASV’s president-elect Andrew Pekosz of John Hopkins Bloomberg School of Public Health points out that organizers also tend to choose speakers based upon where they’ve published. “A lot of good science isn’t published in Science, Nature, and Cell,” he says. “Sometimes committees have a tendency to go for the easy choices. Then, you tend to give precedence to male speakers.” A more diverse group of organizers is more likely to think outside the box.

The report also notes that in recent years, all four conferences have been inviting more women, though at different rates. Women made up 41 percent of ASV plenary and keynote talks since 2010, compared with six percent in the 1980s. Similarly, IHW invited speakers progressed from 14 percent to 32 percent, PSR from 10 percent to 31 percent, and GRC from 23 percent in the 1990s to 36 percent this decade.

Some conferences have begun to keep track of gender and set specific goals. PSR was organized under the umbrella of Keystone Symposia in 1986 and again since 2013. “The organization is very committed to specific targets,” says Yvonne Psaila, marketing and communications director for Keystone Symposia, in an email to The Scientist. According to Thale Jarvis, Keystone’s chief scientific officer, women were 31 percent of plenary speakers in fiscal year 2017, and will likely reach 33 percent in 2018.

Felicia Goodrum of the University of Arizona, an organizer of the upcoming IHW meeting, has a different take.

“I want to state firmly that I have never felt discriminated against in these fields due to my gender or anything else,” writes Goodrum in an email to The Scientist, and adds that she has been a speaker at IHW, ASV, and GRC. She acknowledges the importance of this issue and the need for ongoing practices that promote gender parity as well as equal representation of race and sexual orientation. She says while the organizers will carefully weigh these issues, she’s not a fan of setting quotas.

“I nor any woman in science that I know want to be awarded talks based on our gender or the need for organizers to meet quotas. Indeed, we would be mortified,” she says. “The quality of the science should be the primary and prevailing driving factor behind speaker selection.”

The authors of the report don’t disagree. Women deserve representation, write the authors, but “inclusion for the sake of quotas can be as demeaning as exclusion based on bias . . .”

“Future organizers will need to tackle these questions,” they write, “but the days of woefully unbalanced programs should be forever behind us.”

Not all agree with the report’s analysis and conclusions. “[T]he data do not take into account the percent female to male herpesvirus researchers in any given year,” writes molecular virologist Jay Nelson, director of the Vaccine and Gene Therapy Institute at Oregon Health and Science University, in an email to The Scientist. He obtains funds and oversees accounting for IHW. “We do not know how many herpesvirus investigators exist.”

While “[t]hose comments are absolutely true, and certainly need to be considered,” writes Kalejta in an email, “the data are not flawed in any way.” He recruited speakers for IHW in 2016.

“For example, if, in the year 1995, only 20% percent of the PIs were women, then it would not be inappropriate to have only 20% female speakers,” Kalejta explains. “We simply don’t know the percentages of female PIs within the field.  But I can guarantee you it isn’t zero (like the number of invited female speakers in 1998).”