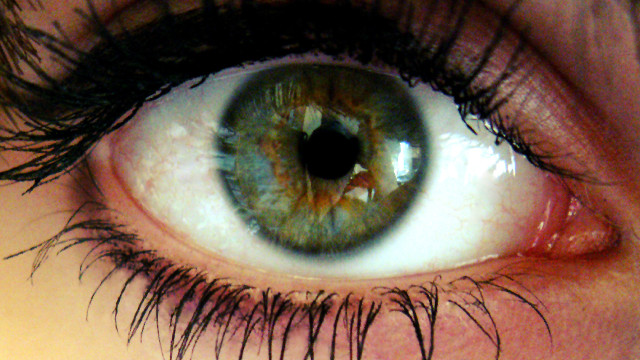 WIKIMEDIA, SHELOVESGHOSTSThe eyes of people who read with ease have asymmetrical retinas and also transmit visual information to the brain asymmetrically, according to a report out today (October 18) in Proceedings of the Royal Society B. The eyes of people with dyslexia, on the other hand, appear to be physically and functionally symmetrical.

“This is a really interesting study,” says John Stein, emeritus professor of physiology at the University of Oxford, who was not involved in the research. “It brings back into focus the idea that vision has something to do with dyslexia,” which, he adds, “tends to be ignored nowadays.”

Dyslexia, characterized by a difficulty with learning to read, affects somewhere between 5 percent and 10 percent of people. Although genetic and environmental factors have been linked with the condition, the underlying causes remain largely unknown.

“Until about the 1950s, everybody thought dyslexia was visual,”...

Researchers suspect that visual perception could be among those brain functions that exhibit lateralization. Because the images received from each eye differ slightly from one another, yet need to be perceived as one, it’s thought that neurological development of the visual system will result in one dominant eye that is primarily relied upon for positional accuracy, which in turn will result in asymmetrical brain processing.

Assessing whether visual asymmetry exists and, if so, whether it is reduced in people with dyslexia is not straightforward. “One of the problems with measuring eye dominance is that there are so many different tests, and they all give different results,” says Stein.

Ropars’s team assessed eye dominance in 30 individuals with dyslexia and, in striking contrast to the non-dyslexic group, 27 had no eye dominance.

One common method is the hole-in-the-card test, where an observer holds at arms length a card with a hole in the middle, focuses on an object through the hole and then pulls the card back towards the face to determine which eye is viewing the object. However, this method and others can be confounded by factors such as the distance of the object and the angle of the observer’s gaze.

To get around these problems, physicists Guy Ropars and Albert Le Floch of the University of Rennes in France developed a new approach. “We were aware of the artifacts associated with the usual methods . . . where the eyes remain opened,” Ropars writes in an email to The Scientist, “so, we proposed ‘the afterimage method’ where the eyes remain closed.”

In the new method, subjects first take a prolonged look at a highly contrasted image, such as a bright window, close their eyes to view the resulting afterimage, and then cover their closed eyes with their hands, which causes the afterimage to dim. Removing both hands while keeping the eyes closed reinstates the brightness of the afterimage, but by alternately removing one hand and then the other, a difference in the brightness of the reinstated afterimage may become apparent. Indeed, out of 30 healthy individuals, 19 saw a brighter afterimage with their right eye, and 11 with their left.

“This [test] looks much more objective [than previous methods], and so I think it’s quite exciting,” says Stein. “Potentially, it’s a very good advance.”

Ropars’s team also assessed eye dominance in 30 individuals with dyslexia and, in striking contrast to the non-dyslexic group, 27 had no eye dominance—their afterimages were equally bright in both eyes. “I think it’s pretty convincing,” says Stein.

Ropars and Le FLoch went on to show that this lack of eye dominance correlated with apparent physical differences in the eye itself. Within the fovea—the part of the retina responsible for the highest visual acuity—is a central cluster of red and green cone cells, devoid of blue cone cells. By staring at a white screen through a blue filter, it is possible for a person to see this blue-free zone as a dark region, known as the Maxwell centroid. In people with no eye dominance, this dark region appeared circular when viewed with either eye, while in the participants with one dominant eye, the region appeared circular when viewed with the dominant eye but elliptical with the weaker.

With these Maxwell centroid analyses, “we have identified the biological signature of the necessary asymmetry between the two eyes of a normal observer,” writes Ropars. This foveal signature together with “the corresponding lack of afterimage dominance can lead to new diagnostic [strategies] for dyslexia,” he adds.

It is not yet clear how this lack of asymmetry leads to difficulty with reading, but Ropars and Le Floch point out that dyslexic people often confuse their left and right and make mirror image errors when reading letters, which might be explained by both eyes, and both sides of the brain, processing positional information equally.

The one big thing missing from the study, says Stein, “is any suggestion as to why these differences emerge [during development].” For now, he says, that remains a mystery.