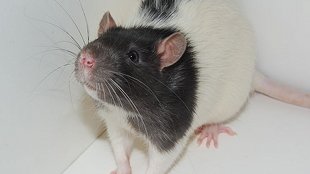 WIKIMEDIA, BENMITCHScientists have achieved a greater understanding of the mammalian brain’s connectivity by showing that the hippocampus—a central information processing hub—sends impulses selectively to different brain areas during particular behaviors. The results of the study, which was carried out in rats, were published today (April 30) in Science.

“This latest result is in line with the idea that there are these preferred pathways for specific information,” said systems neuroscientist Joshua Gordon of Columbia University in New York who was not involved in the work. “It could have been that the hippocampus sent information indiscriminately to downstream structures that then pulled out the information they needed. . . . But instead it looks like there is some pre-processing [occurring], where the hippocampus preferentially sends one type of information to one brain region and another type to another brain region,” he added. “That’s really cool.”

The posterior portion of the...

“There were, in principle, two possibilities,” said cognitive neurobiologist Thomas Klausberger of the Medical University of Vienna who led the new study. One was that the ventral portion acted “like a radio transmitter,” where all information was broadcast and target areas would “tune into” the information they needed, filtering out the rest, he explained. The other was that it behaved more like a “post office, where information is specifically sent to a specific recipient,” said Klausberger.

To determine which scenario was correct, Klausberger’s team recorded electrical activity of neurons in the ventral hippocampi of rats during different behavioral tasks. The researchers then used an optogenetic approach to specifically stimulate the amygdala, prefrontal cortex, or nucleus accumbens, causing impulses to be sent backwards to the hippocampus. By comparing the optogenetic- with behavior-induced hippocampal activity the researchers could determine which behaviors had targeted which regions in the rats’ brains.

It was “a very clever way of identifying which cells project where and demonstrating that they have different coding properties depending on where they go,” said Gordon.

While the rats freely explored an open environment, their hippocampi sent information to all three targets. However, during goal-directed behavior, in which the rats received a reward for navigating to a particular zone, certain hippocampal neurons projecting to the nucleus accumbens and prefrontal cortex were activated, while a subset of neurons projecting to the nucleus accumbens were inhibited. Lastly, during a task that made the rats anxious, hippocampal neurons that specifically targeted the prefrontal cortex alone were activated.

The results suggest that “depending on what information comes in [to the hippocampus], that information is processed selectively and routed to the appropriate target,” said György Buzsáki of New York University’s Langone Medical Center. The findings also indicate that there’s “a division of labor that saves resources,”  said Buzsáki, who was not involved in the work—a kind of “intelligent energy saving strategy for the brain.”

Understanding exactly how the hippocampus sorts and packages information to be sent to the correct targets is the “next big question,” said psychologist Michael Fanselow of the University of California, Los Angeles, who was not involved in the work. For now, though, the results could spur translational research into disorders such as anxiety or post-traumatic stress disorder. A problem with many psychoactive drugs is that they “affect the whole brain” and create “a lot of desired and a lot of undesirable effects combined,” Fanselow said. These latest results in rats suggest that, in the future, “we may be able to help those conditions by targeting specific groups of cells within the hippocampus,” he added.