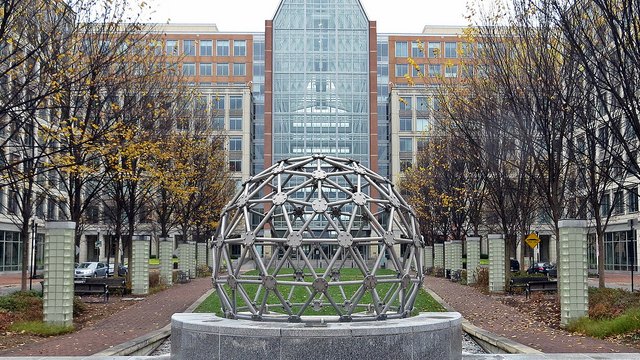 US Patent and Trademark OfficeFLICKR, ALAN KOTOKUpdate (January 17): Following arbitration, Broad and Rockefeller have settled their patent dispute, leaving Broad's patent applications as-is, according to a January 15 Broad press release. This means that an important patent for applying CRISPR genome editing to eukaryotic cells goes to Broad’s Feng Zhang, and will not include Rockefeller’s Luciano Marraffini as an inventor.

Separately, a decision about Broad's patents abroad has been reached by the European Patent Office’s Opposition Division today, in which Broad loses “priority” for one of its CRISPR patents. Catherine Coombes, a patent attorney who has been closely following CRISPR patents in Europe, writes in an email to The Scientist, “Oral Proceedings continue and the outcome is likely to be a complete revocation of the patent or a very severe restriction of the claim scope.” In a statement, Broad says it will appeal the...

As the biotech community has become fixated on a patent fight between the Broad Institute and the University of California (UC), Berkeley, over who can stake its claim to the revolutionary gene-editing technique that is CRISPR, another dispute has been quietly bubbling below the surface. At the center of this disagreement are two leaders in the field—the Broad’s Feng Zhang and Rockefeller University’s Luciano Marraffini—thrust into a strange circumstance involving a secretly filed patent application, an aggravated legal team, and a patent office facing an unorthodox situation.

What has happened “is really outside the course of normal events,” said Kevin Noonan, who specializes in biotechnology patent law as a partner with McDonnell Boehnen Hulbert & Berghoff in Chicago. “I’m not sure what the patent office is going to do with it.”

It all started three years ago, when the Broad and MIT filed a pair of patent applications with the US Patent and Trademark Office (USPTO) that named Zhang as the sole inventor on techniques for using CRISPR in eukaryotic cells (they are now patents 8,697,359 and 8,771,945). A 2012 application included Marraffini (61/736,527). Rockefeller University felt that Marraffini deserved to be named as an inventor on the 2013 patents as well and filed its own patent application (14/324,960) in July 2014, which lists—verbatim—claims to the inventions laid out by the Broad’s 2013 patents. On this application, Marraffini and Zhang are listed as co-inventors and Rockefeller, the Broad, and MIT as co-applicants.

Copying patent claims can provoke a so-called interference at the USPTO; patent law judges must then decide who deserves the patent. Noonan said this is one option for how the USPTO may proceed with the Rockefeller application.

Interference proceedings typically involve competing inventors who are independent of one another—such as in the case of the Broad/Berkeley fight. With Zhang listed as an inventor on both sides of the Rockefeller-led dispute, “this isn’t the way it’s normally done,” Noonan told The Scientist.

Normally, if an inventor believed he or she was left off a patent, he or she could raise the issue in the patent office or federal court and appeal to have it added, explained Dan Burk of the University of California, Irvine, School of Law. Yet, for reasons that are unclear, the university didn’t go this route. “It’s hard to tell what [Rockefeller] wanted to accomplish,” said Burk.

If the patent application move by Rockefeller isn’t unusual enough, there’s this: the Broad alleges that the university filed the application without ever telling the institute.

In a letter sent to the USPTO in August 2014, Ellen Law, a lawyer representing the Broad, wrote that the institute had nothing to do with Rockefeller’s application. “The present application was NOT FILED WITH ANY NOTICE to Feng Zhang, the Broad or MIT prior to its filing,” she wrote (emphasis Law’s), adding that the Broad’s position maintained that Marraffini was not an inventor of the described technology.

The Broad team first learned of Rockefeller’s competing application when a patent examiner contacted a Broad lawyer regarding an unrelated matter. Law pointed out in the letter that Zhang, the Broad, and MIT did not agree to Rockefeller’s attorneys representing them in filing the application, and “IF THEY TOOK ON ANY REPRESENTATION OF THE BROAD, MIT AND FENG ZHANG SUCH WOULD BE A VIOLATION OF THE USPTO’S RULES OF PRACTICE,” she wrote.

Burk agreed with Noonan, saying he has never seen a situation like this. Patent applicants are supposed to sign declarations stating that an attorney is representing them when filing paperwork with the patent office. “Everybody knows that,” he said. “So it’s very strange to file something with somebody’s name on it when you don’t have their permission to represent them.”

Jacob Sherkow of the Innovation Center for Law and Technology at New York Law School called the situation “fishy.” “Something is not right about this,” he told The Scientist.

Sherkow said one of the puzzling aspects is that the Broad and Rockefeller continue to work together on CRISPR patents. Just this year, patent attorneys filed two patents listing Zhang, Marraffini, and their colleagues as co-inventors.

The result of the dispute could have considerable impacts on CRISPR licensing agreements. For instance, Editas, a company founded by Zhang and others, has licensed CRISPR technology covered by the Broad patents that Rockefeller is challenging.

Editas did not respond to requests for comment. But in a filing to the US Securities and Exchange Commission earlier this year, Editas outlined its concerns if the USPTO grants the patent naming Rockefeller and Marraffini: “Rockefeller could license its rights to such patent to one of our competitors or to another third party such that they may have freedom-to-operate under such patent and may commercialize similar or identical products and technology to us. We may also need the cooperation of Rockefeller to enforce such patent against third parties, and such cooperation may not be provided to us.”

It’s possible the Rockefeller dispute may work its way in to the interference proceedings involving the Broad and UC Berkeley. Earlier this summer, the patent examiner on the Rockefeller’s application gave an initial rejection to some of the claims because they overlap with UC Berkeley’s patent application. Sherkow said it’s possible the examiner’s decision could be used as evidence to persuade the patent judges that Berkeley was first to develop CRISPR as a gene-editing tool.

Other potential casualties of the Rockefeller dispute are some of the Broad’s patents overseas, as Catherine Coombs describes today (August 31) in an opinion article. In a nutshell, patents abroad may be compromised if the applicants on US patents are not the same as those listed on corresponding international patents, Coombs explains.

Rockefeller, Marraffini, and Zhang all declined to comment on the ongoing dispute. The Broad offered a statement acknowledging that Rockefeller has been an important collaborator on CRISPR, and that the institutions share a couple of patent applications related to the tool’s application in prokaryotic cells. “Rockefeller has raised the question of whether its interests are more general,” the statement reads. “We appreciate that Rockefeller has raised this question and expect it will be resolved amicably between our institutions. This resolution will likely take some time.”

The disagreement between Rockefeller and the Broad concerns just one of hundreds of CRISPR-related patent families, noted Corinne Le Buhan, the CEO of IPStudies, a Switzerland-based firm that tracks CRISPR patents. Le Buhan said it’s likely more patent fights will arise. “There are lots of very close patents signed by different inventors,” she told The Scientist. “Based on what we’ve seen on the technology side we can anticipate there will be more disputes.”

Correction (January 21): The update at the top of the article has been changed to say that Marraffini will not be an inventor on the patent, rather than a co-author.