Conceptual animation of a fractal assembly process for creating the Mona Lisa out of DNA.CALTECHDNA is a powerful building medium because its sequences can be designed to allow for precise control of self-assembly. In one fabrication technique—known as DNA origami—a single, long scaffold strand combines with complementary staple strands to form a nanostructure.

Researchers have spent the last decade working to make DNA origami bigger and cheaper. Now, four studies published today (December 6) in Nature represent a substantial step forward. Three research teams have used various strategies to assemble DNA structures larger than any that have been built before, and have developed a method that allows for mass production of DNA origami at a much lower cost. 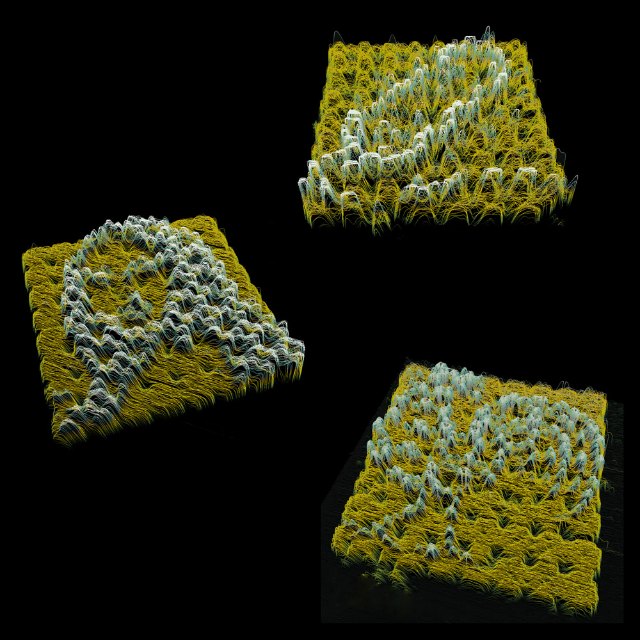 Lulu Qian, a bioengineer at Caltech, and colleagues created a technique inspired by fractals, a mathematical principle in which the same rules repeat at different scales, as in the branches of blood vessels or the crystals on the arms of a snowflake. “To build very complex DNA nanostructures from a small set of unique DNA strands, we had to break the assembly process into multiple simpler steps. At each step, several smaller structures are self-assembled in separate test tubes, and the products were then combined together to further self-assemble into larger structures,” explains Qian in an email to The Scientist. Her team developed online software that will allow other groups to use the technique. 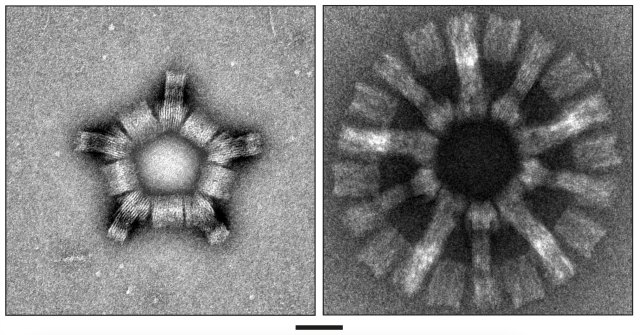 Technical University of Munich biophysicist Hendrik Dietz’s group combined DNA origami with stepwise strategies not unlike those used to build molecular machines in nature, such as symmetry and multiple levels of assembly hierarchy, he says. These methods allowed his team “to make this leap from the megadalton scale, where DNA origami was previously, to the gigadalton scale.” And in another paper, his team used bacteriophages to mass-produce self-cleaving single-stranded DNA that then assembled into quantities of nanostructures large enough to be visible to the naked eye. 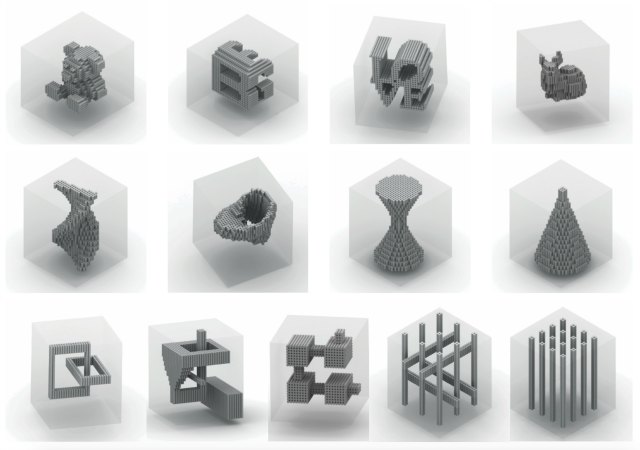 Using combinations of tens of thousands of bricks, Yin’s team generated a cube-like structure that could be modified to create a cavity of just about any shape.WYSS INSTITUTE FOR BIOLOGICALLY INSPIRED ENGINEERING

Peng Yin, a systems biologist at Harvard Medical School’s Wyss Institute for Biologically Inspired Engineering, and colleagues used an alternative strategy. Rather than traditional DNA origami with a long scaffold strand and shorter staple strands, the researchers built DNA bricks—containing 52 nucleotides each—from short strands of DNA. “Compared with traditional scaffold origami, the DNA bricks have a number of advantages,” Yin says. First, “it has modular architecture. That means if you want to design different shapes, you just need to select from a master library of existing DNA bricks. And, since you no longer need to deal with a long scaffold strand, at least in principle it should be more scalable.” 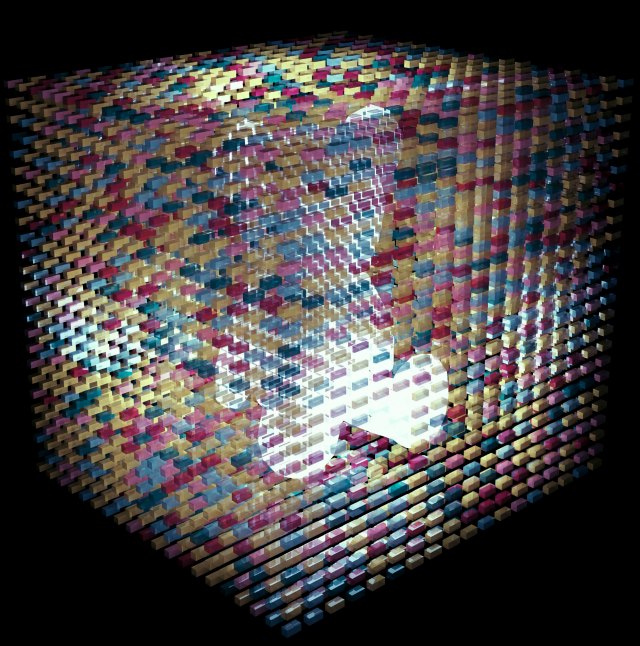 The researchers all hope that increasing structure size and maximizing nucleic acid production will lead to the ability to create and test molecular structures for all kinds of applications. Dietz says his group is particularly interested in molecular therapeutics. “You could present viral proteins on the [nanostructure’s] surface as antigens, and then you’d get an immune response without having to expose an organism to an actual virus. It’d be completely synthetic,” he explains. “There’s potential for many interesting applications in health.” 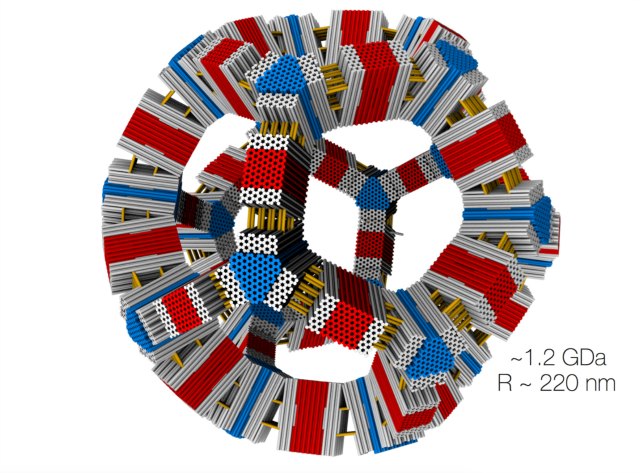 Representative image of a self-assembling dodecahedron, composed of V-shaped, rectangular, and triangular DNA origami bricks. The structure has a radius of about 220 nanometers and has a molecular weight of approximately 1.2 gigadaltons.NATURE, 2017, WAGENBAUER ET AL.