At the announcement of the human genome's near completion in 2000, John Toy, the medical director of the UK's Imperial Cancer Research Fund, said: "We have discovered the human alphabet -- what we now have to do is put the letters in the right order and make a sentence. Only when all of that is done shall we have the book of life to read." Across the pond, Eric Lander, head of the Whitehead Institute at MIT, commented: "I don't know if people realize that we just found the world's greatest history book. We are going to be up every night reading tales from the genome." We often hear about the "book of life," the "human alphabet," language, script, code, blueprint, software, Holy Grail, and the Rosetta Stone. Such comparisons simplify and make accessible the more complex functioning of DNA, genes, and genomes. But they bring with them ways...
values, and assumptionsRichard Dawkins's Selfish GeneWords and metaphorsWhat Is LifeGenome: The Autobiography of a Species in 23 ChaptersJudith Roof is author of The Poetics of DNA, published this year by the University of Minnesota. She is a professor of English and film studies at Michigan State University.Do you see other metaphors in science that you believe don't accurately represent what they describe? Tell us here.mail@the-scientist.comhttp://www.pbs.org/saf/1202/features/landerprofile.htmThe Scientist
http://www.the-scientist.com/news/display/53489Selfish Genehttp://en.wikipedia.org/wiki/Selfish_geneThe Scientisthttp://www.the-scientist.com/news/display/52851/Genome: The Autobiography of a Species in 23 Chaptershttp://tinyurl.com/2ktan2Poetics of DNAhttp://tinyurl.com/35q6xe
Related Articles 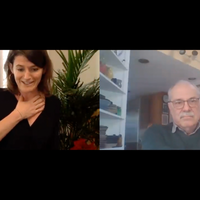