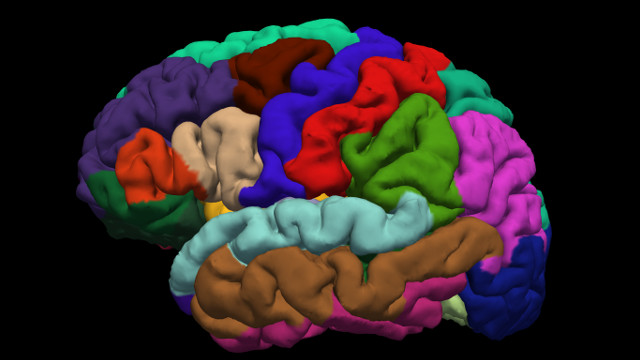 FLICKR, REIGH LEBLANCTo define human consciousness at the neuronal level is among the most difficult of tasks for neuroscience. Still, researchers have made inroads, most recently by sinking electrodes deep with the brains of epilepsy patients and recording the activity of single neurons as the awake patients described whether they observed an image flashed before them.

Previous work had found that the stronger the individual neuron activity, the more likely it is to be associated with conscious perception. In this latest study, published today (September 21) in Current Biology, researchers from the University of Bonn Medical Center in Germany find a second factor—timing—that appears important to the brain’s conscious awareness. Firing of single neurons within the medial temporal lobe (MTL), which is important for long-term memory, was weaker and delayed when human subjects were not aware of seeing an image compared to when they reported seeing one....

“[The authors] contribute a major piece of the puzzle of human consciousness with a set of data that is very impressive,” says Rafael Malach, a neurobiologist who studies the human brain at the Weizmann Institute of Science in Israel and who was not involved in the work.

“This is a well-designed study done in a medical setting that generated a unique dataset that is not easy to obtain,” says Itzhak Fried, a professor of neurosurgery at the Geffen School of Medicine at the University of California, Los Angeles, who was also not involved in the work but who has previously collaborated with one of the study’s authors, Florian Mormann.

Mormann and his colleagues worked with 21 epilepsy patients who had electrodes implanted deep in their brain within the MTL, which includes the hippocampus and amygdala, both of which are involved in learning and memory. Fried calls this region the place “where external experience is transformed from perception into something that will be consciously remembered in the future, a memory.”

“Within the MTL are what are known as ‘concept cells,’ neurons that can represent either an abstract or concrete concept. A single cell can, for example, fire in response to an image of Jennifer Aniston, her written name, or hearing her name said out loud,” explains Mormann.

The patients were in the hospital for about a week for chronic seizure monitoring. In an experiment known as “attentional blink,” the researchers, in 40 recording sessions, had each person keep an eye out for two images that were embedded among 12 others. The entire string of images was presented for 150 milliseconds. Under such conditions, the subjects most often reported not seeing the second target image. 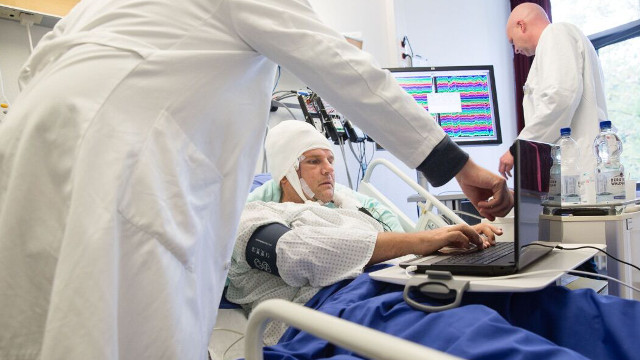 Cumulatively, the team recorded from 2,735 neurons and directly compared the neuronal activity between times when the subjects reported seeing the image and when they didn’t. The researchers were able to differentiate the cellular activity representing conscious and unconscious perception of the visual stimuli. Even when a subject claimed not to have seen an image, the neurons in the MTL fired, but at a lower strength and with a lag time on the order of 50 milliseconds later than neuronal firing after a seen image, which typically occurs between 300 and 400 milliseconds after image presentation.

“Our results show that there are transitional states between conscious and unconscious on the neuron level,” says Mormann.

The patterns of neuronal activity for each of the target images was distinct, such that Mormann’s team could say which picture the person had seen just by the firing responses recorded. “Even if the subject was unable to recognize the picture we showed, we could still predict, from the neuronal activity, what the picture was suggesting that it is possible to decode an image that is being seen even if it is not consciously perceived. So the information is in the brain but not accessible to their consciousness,” Mormann told The Scientist.

An electrode used in the experimentT.P. REBER ET AL.

Although the results point to a transitional state between conscious and unconscious perception, that does not necessarily mean awareness is on a gradient, says Fried. Malach agrees. “I like the metaphor of a local network ignition to illustrate the neuronal dynamics underlying the appearance of new content in our awareness. Failures in such ignitions may account for the long delays found in the present study, when the network attempts but eventually fails to ‘ignite.’”

Although single-neuron activity is important to understand, Malach also emphasizes the importance of the network of neurons acting as a single unit. Mormann and his team are now probing what exactly determines whether something is consciously perceived and how interfering with the neuronal networks could change conscious perception.

Says Malach, “I love that more [researchers] are asking the fundamental question of the difference in the brain during an aware versus an unaware state, and so helping to demonstrate that this is actually an experimentally tractable project.”