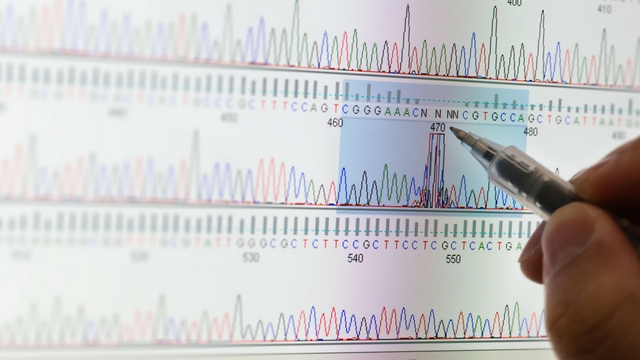 Physicians are increasingly using patients’ genomic data to fight cancer or diagnose unexplained symptoms. But in individuals with no discernable signs of illness, it’s uncertain whether knowing their genomic blueprints is beneficial, and whether primary care physicians are up to the challenge of managing these data for their patients. In the first study of its kind to evaluate whole genome sequencing in a randomized fashion, published today (June 26) in the Annals of Internal Medicine, researchers report that although primary care physicians are capable of contending with genomic information, its value for healthy patients remains ambiguous.

“It comes down to the question: how many individuals do you wish to scare . . . in order to find that one individual that could be helped?” writes Harvard Medical School biomedical informatics professor Isaac Kohane in an email to The Scientist. He was not involved in the...

Arizona State University law professor and law and genetics expert Gary Marchant holds a different view. In a larger population, “you will find in one or two percent of the people something that is significant and might be actionable. Personally, I think it’s a justification for doing it.”

See “Should Healthy People Have Their Exomes Sequenced?”

Biomedical ethicist and coauthor Amy McGuire, the director of the Center for Medical Ethics and Health Policy at Baylor College of Medicine, says she and her colleagues had questions about whether genome sequencing would cause anxiety or change people’s health care costs or clinical management. So as part of the MedSeq project, the researchers conducted the first study to empirically evaluate the utility of whole genome sequencing in a randomized, healthy population.

The research team recruited nine physicians who, in turn, recruited 10 or so patients each to participate in the study. Out of 100 healthy individuals between the ages of 40 and 65 years, 50 were randomly assigned to have their whole genomes sequenced in addition to receiving a family history report. The other 50 participants received a family history report alone. Physicians received an interpreted report of the patients’ sequencing results, and had to manage their cases.

“We set out to model what the future of genomic medicine might be in a general medicine setting,” says lead author and Harvard Medical School assistant professor Jason Vassy, also a clinician-investigator at Brigham and Women’s Hospital and a primary care physician with Veterans Affairs Boston.

There are numerous genetic variants inaccurately labeled as disease-causing in genetic databases, the authors write in their report. In order to identify legitimate variants predicted to cause disease, patients’ data were painstakingly vetted from an initial list of about 5,000 disease-associated genes and 5 million genetic variants per patient. A clinical laboratory team filtered these down to 200-300 variants, after evaluating whether these genes had been previously reported as pathogenic and whether rarer variants would drastically impair the gene’s protein function. They then whittled this down even further to an average of two to three variants per patient by evaluating whether a variant had sufficient evidence to cause disease and whether the gene itself was associated with a particular disease, among other criteria. Weighing this information “to figure out what is clinically relevant is challenging” and requires a “fair amount of professional opinion,” says clinical genomicist Heidi Rehm, director of the laboratory for Molecular Medicine at Partners Healthcare who led the interpretation of genomes.

“We had two major, surprising findings,” says Vassy. First, his group found variants predictive of rare diseases in 11 out of the 50 patients, a “strikingly high number.” The second surprise was that nine of these patients didn’t show any signs of disease. “They were healthy individuals . . . 50 to 60 years old. In theory, many genetic diseases would have manifest by then.”

Vassy notes that one patient had a variant associated with pituitary disease yet no evidence of a hormone deficiency, and patients with variants associated with heart conditions who went on to have normal cardiac tests.

In the two patients with demonstrable signs of disease—one with a night vision-compromising eye condition called fundus albipunctatus and another with variegate porphyria, a skin condition that produces sunlight sensitivity and reactions to certain medications—now have an explanation for their symptoms. In addition, every sequenced individual had at least one recessive carrier gene linked to a certain condition, notes Marchant, which can be very useful for people planning on having children.

Eight out of these 11 cases were handled appropriately by their managing primary care physicians, as deemed by a panel of genetics experts who reviewed each case. From this small sample of doctors from an elite medical community, who received resources and support, it appears that “that there are ways to educate primary care physicians about whole genome sequencing,” says Yann Joly, research director of the Center of Genomics and Policy at McGill University.

However, “these conclusions are not well supported,” writes Kohane, as prior studies have shown that for tests that have been around for some time, like the BRCA1, the average primary care doctor and specialist is “neither comfortable nor competent” interpreting these results.

Although sequenced patients did not demonstrate increased psychological distress, they accrued, on average, $350 more in medical expenses than non-sequenced individuals. McGuire stresses “that the follow-up that was done was judged to be clinically appropriate,” and patients could save money in the long run for catching conditions earlier on with such testing.

While researchers found “nothing dramatic in terms of both the benefits and the risks,” Marchant says, life insurance is “one big negative.” Because “life, disability, and long-term care insurance can use this information, [patients] could be affected by or even discriminated against by [their] genetic test results.”

Overall, the lack of disease in the patients with predictive variants highlights a lack of understanding of penetrance—whether a genetic variant will manifest in disease in an individual, stress Vassy and Rehm. According to Vassy, it’s “misleading” to equate advances in big data and genomic tools with similar strides in understanding how genetic variants impact health.