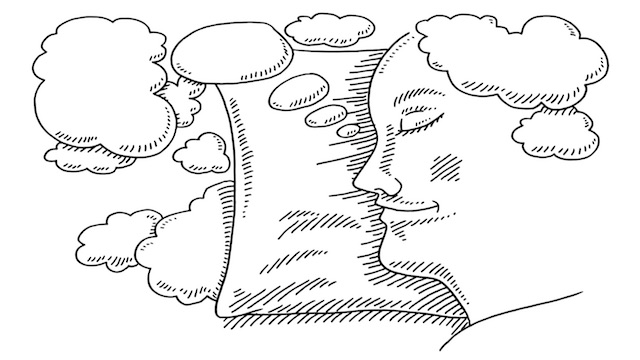 ISTOCK, FRANKRAMSPOTTScientists have long pondered why we sleep. Despite being nearly ubiquitous across the animal kingdom, the exact role of slumber remains an open question. While multiple studies suggest that, in both rodents and humans, it helps consolidate previously learned memories, the question of whether new information can be learned while snoozing has yet to be answered. A study published today (August 8) in Nature Communications reports that the sleeping brain can learn new information, but only during rapid-eye movement (REM) sleep, the stage when dreams typically occur.

“One of the most interesting results of the current study is that the encoding of sensory memory is specific to certain sleep stages,” Thomas Schreiner, a postdoctoral researcher at Radboud University in the Netherlands who did not take part in the work, writes in an email to The Scientist. “While the authors made first steps in...

To assess people’s ability to learn during sleep, researchers played various acoustic patterns embedded in white noise to participants while they slept. “We decided to use [white noise] because it was a good example of something very complex . . . and we were interested in seeing whether such complex automatic learning could be performed during sleep,” says study coauthor Thomas Andrillon, who conducted this work as a doctoral student in Sid Kouider’s lab at the Ecole Normale Supérieure de Paris.

“So far, we cannot tell whether this can be applied to other types of memories that may be more interesting, such as learning a new language.”—Thomas Andrillon,
Ecole Normale Supérieure de Paris

Andrillon and colleagues monitored 20 healthy human subjects during sleep using electroencephalography (EEG), electrooculography (EOG), and electromyography (EMG). Throughout the night, the researchers introduced a number of novel sound sequences during wakefulness, rapid eye movement (REM) sleep, and non-REM sleep. The next morning, the team tested the participants’ ability to identify the acoustic patterns they had heard during various sleep stages.

“We saw increased performance . . . for sounds that were presented exclusively in REM sleep compared to new ones,” Andrillon says. “But where it becomes very exciting is. . . we saw that participants were worse at detecting the repetitions in the sound that they heard during non-REM sleep, compared to novel items.”

Upon further analysis of the participants’ EEG signals during sleep, the team found brain waves characteristic of learning during the lighter stages of non-REM sleep, which were absent during the deeper phases of non-REM sleep—suggesting that learning suppression was specific to this stage.

See “Learning with the Lights Out”

Andrillon says that the results could help resolve two different theories of sleep’s role in memory.

On one hand, some scientists believe that sleep helps actively strengthen memories. This theory is based on the observation from multiple studies, mostly in rodents, showing that the sleeping brain fortifies memories by reactivating the network of neurons that were involved in learning the task the previous day.

Others, however, have posited that sleep helps maintain homeostasis by freeing up the brain’s limited resources. These researchers hypothesize that snoozing helps the brain forget by diminishing synaptic connections, causing weak links to disappear, and allowing only the strongest associations to remain.

“These two views are largely opposing, and the novel contribution of this study is that it basically says it’s neither downscaling nor strengthening, but it’s both, [depending] on the brain state,” says Christoph Nissen, a professor at the University Clinic of Psychiatry and Psychotherapy at the University Psychiatric Services Bern in Switzerland, who was not involved in the study.

Jan Born, a neuroscientist at the University of Tübingen in Germany who also did not take part in this research, points out that while this study provides convincing evidence that people can learn new information during REM sleep, presenting acoustic stimuli to someone while they sleep might alter their sleep states, meaning that “you can’t be sure that it’s really [during] REM sleep that the brain is learning, or if it’s a kind of local wake-state that the brain goes into.”

While this study provides evidence that novel information can be learned during sleep, Andrillon points out that this does not mean we can learn more complex stimuli while catching our Z’s.

“So far, we cannot tell whether this can be applied to other types of memories that may be more interesting, such as learning a new language,” he says. While other studies have found that humans can be conditioned to associate tones with odors during sleep, most studies to date find that the slumbering brain is unable to learn more complex memories, such as facts and events.

“[This study] could have broader implications, especially in this new endeavor to manipulate sleep,” Andrillon says, referencing the recent surge in devices companies have developed to record, and in some cases, alter, sleeping habits. However, he adds, “I think it’s very important to first understand the complexity of it.”