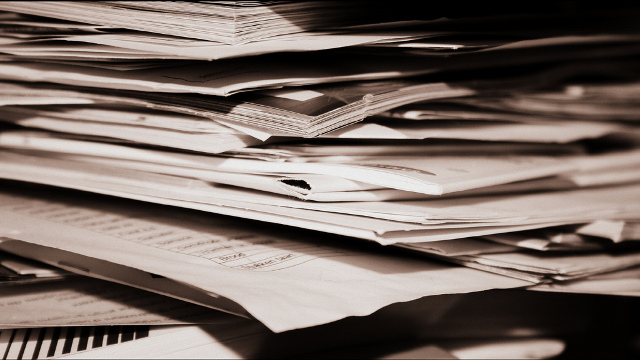 FLICKR, JUDY VAN DER VELDENThis year, stories about scientific retractions were dominated by big numbers—60 at once in one case, 120 in one fell swoop in another—as well as the eyebrow-raising practice of researchers submitting fake peer reviews, often ones they themselves had written. Here are our picks for the top 10 stories, in no particular order.

1. It would be difficult to chronicle 2014’s key retractions without noting the two STAP stem cell paper retractions from Nature. Readers detected significant problems with the research, and Haruko Obokata, who led the studies, was ultimately unable to replicate the findings. Nature has defended its decision to publish the articles, saying editors couldn’t have detected the errors. Science, however, had earlier rejected one of the manuscripts for being too flawed to publish. One of Obokata’s colleagues, Yoshiki Sasai, was not responsible for any misconduct, but...

2. Although this story technically broke last year, it was late enough not to make our 2013 list, and the retraction happened in 2014: A former researcher at Iowa State University (ISU) spiked rabbit blood samples with human blood to make it look as though his HIV vaccine was working. Dong-Pyou Han is now facing criminal charges, and ISU was forced to pay back nearly $500,000 of his salary—both rare events.

3. In July, the publisher SAGE retracted 60 articles from the Journal of Vibration and Control after an investigation revealed a “peer review and citation ring” in which at least one professor in Taiwan, Peter Chen, allegedly assumed false identities to promote his own work.

4. Just two weeks after publishing a paper on the psychology of Facebook users, PNAS issued an Expression of Concern about the work. The article’s many critics complained that the study violated ethical norms because it did not alert participants that they were taking part in a research project. As The Atlantic put it: “Even the Editor of Facebook’s Mood Study Thought It Was Creepy.”

5. Two major publishers were caught out after having published more than 120 bogus papers produced by the random text generator SCIgen. French computer scientist Cyril Labbé of Joseph Fourier University in Grenoble catalogued computer-generated papers that made it into more than 30 published conference proceedings between 2008 and 2013. Sixteen appeared in publications by Springer, and more than 100 were published by the Institute of Electrical and Electronic Engineers (IEEE).

6. So much for science in the public interest: Bowing to commercial pressure, the authors of a paper in the African Journal of Food Sciences on cassava yanked it after a company claimed the article was damaging to its business.

7. A highly controversial 2012 study retracted in 2013 resurfaced this year. The paper by Gilles-Eric Séralini and colleagues on genetically modified organisms (GMOs) and rats was republished—without going through peer review, according to the editor of the journal where it ran.

8. The investigation into the work of social psychologist Jens Förster, which has been going on for most of the year, resulted in its first retraction in November. Förster, who is accused of manipulating data, has vehemently denied wrongdoing.

9. Stem cell research popped up on Retraction Watch a number of times this year. In one significant case, Circulation retracted a 2012 study by a group of Harvard heart specialists over concerns of corrupt data, and the university is investigating. There has also been an expression of concern in The Lancet. The group was led by Piero Anversa, a leading cardiologist, who along with a colleague filed suit against the institution on the grounds that the inquiry was damaging to his career prospects.

10. Finally, in the last few weeks of the year, Elsevier retracted 16 papers by one researcher after it became clear that fake peer reviews were behind the acceptances of Khalid Zaman’s papers.

Adam Marcus and Ivan Oransky are co-founders of Retraction Watch.