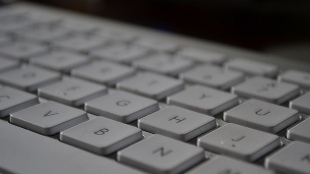 The life-science community witnessed the launch and expansion of several preprint servers this year, providing new homes for unpublished research. PeerJ’s PrePrints and Cold Spring Harbor Laboratory’s bioRxiv are but two of the places life scientists can now deposit fresh data for public viewing and discussion. This year, the two servers joined a growing list of web resources for the dissemination of non-peer-reviewed literature.

The National Center for Biotechnology Information (NCBI) effectively mainstreamed the practice of post-publication peer review with its launch of PubMed Commons this year. PubMed Commons allows researchers to comment on one another’s work once it has been published and indexed online.

“User experience will determine the direction we take [PubMed Commons],” NCBI’s David Lipman told The Scientist. “This is meant to be a community resource.”

“A negative reaction to criticism by somebody reviewing your paper, grant, or job application can spell the end of your career,” the organizers of PubPeer—who themselves remain anonymous—wrote in an e-mail to The Scientist. “We don’t want to take that risk, and we understand that many commenters do not want to either.”

It was a mixed bag for the open access (OA) movement this year, which welcomed several developments—such as the launch of new journal titles as well as university-wide and federal initiatives—and suffered at least one black eye—a highly publicized, although disputed, “sting” by a reporter for Science.

But for as much resistance as OA proponents have faced in the last 12 months, the movement has made significant strides, propelling itself into the US and UK legislature.