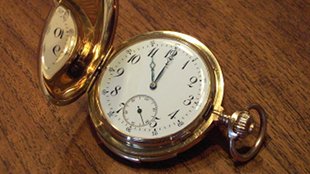 WIKIMEDIA, NORROThe development of pro-inflammatory immune cells called T helper, or TH17, cells occurs more readily during the day than at night, according to a study published today (November 7) in Science. But experimental jet lag in mice can cause too many of these cells to develop, leading to an inflammatory disorder in the animals’ guts.

“It’s a very interesting, very ingenious study in the sense that it examines a novel way of controlling the immune system,” said Ivaylo Ivanov, a professor of microbiology and immunology at Columbia University in New York, who was not involved in the work. “We don’t usually think about the role of the circadian cycle in modulating the immune system,” he said. Dan Littman, professor of molecular immunology at New York University, who also did not participate in the study, agreed that circadian regulation is “an area that has...

Even Lora Hooper, the professor of immunology at the University of Texas Southwestern in Dallas who led the new study, hadn’t planned to investigate circadian control of immunity. At the outset, “we knew nothing about either circadian rhythms or TH17 cells,” she said. “This was one of those scientific discoveries that was serendipitous. We were looking at something else entirely.”

Hooper’s lab studies various aspects of gut immunity, and it was her research on inflammatory bowel disease (IBD) that led her into this new-to-her territory. In humans, IBD has been linked to polymorphisms in a protein called NFIL3, which regulates various immune functions. Hooper was examining the gut immunity of mice that lacked NFIL3.

She noticed that the knockout mice had more TH17 cells in their intestines than wild-type animals, while the abundance of other T cell types appeared equivalent. “[TH17 cells] are crucial T cells that help protect against bacterial infections and fungal infections,” she said, “but they can also cause damage if there are too many of them.” Indeed, overt TH17 cell activity has been linked to autoimmune conditions such as Crohn’s disease, rheumatoid arthritis, multiple sclerosis, and psoriasis, said Ivanov.

It was known that NFIL3 could be regulated by circadian rhythms, said Hooper, “so we started pulling at the piece of yarn and gradually unraveled the sweater.” First, the team showed that NFIL3 in wild-type mice was expressed at low levels during the day and higher at night. The researchers also found that NFIL3 bound directly to the promoter region of the Rorγt gene—which is essential for TH17 differentiation—and suppressed its expression. Thus, Rorγt expression was elevated during the day and lower at night.

Although the differentiation capacity of TH17 cells differed with the time of day, they all generally take about a week or so to fully differentiate. Consequently, over a single 24-hour period, there were no fluctuations in the total number of TH17 cells. “What is surprising is that there is a rhythmic control of their differentiation, but if you look at the final product, there doesn’t seem to be a rhythm to their frequencies,” said Christoph Scheiermann, a circadian rhythm and immune response researcher at the Ludwig Maximilians University in Munich, who was not involved with the work.

However, perturbing the normal light-dark cycle of mice for a couple of weeks—essentially mimicking jet lag—did change the TH17 cell frequency, said Hooper. “If we give the mice experimental jet lag . . . everything kind of gets screwed up, the number of TH17 cells that develop is not properly controlled, and you get too many of those cells,” she said. And that’s a problem for the mice, she added, because “then you have a propensity for inflammation.” Indeed, the experimentally jet-lagged animals were more prone to developing experimentally induced colitis.

Jet lag, shift work, and other perturbations to the normal light-dark cycle cause an array of changes in the body, such as hormonal and metabolic problems, said Hooper. Indeed, aside from the TH17 changes, “there are lots of other things that go wrong,” she said. Nevertheless, she added, her group’s results “could begin to explain why people who work night shifts, or who travel internationally frequently, do have a tendency for more inflammatory disease.”