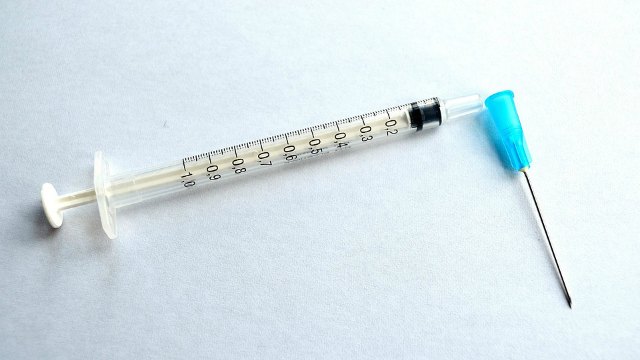 PIXABAY, PUBLICDOMAINPICTURESEarlier this month, the New Jersey Department of Health announced that 900 children statewide received vaccines that may not have been stored properly. Pediatrician Michael Bleiman allegedly hadn’t refrigerated the shots at the right temperatures, compromising the efficacy of the immunizations and potentially putting kids’ health at risk—not to mention causing headaches for hundreds of families and physicians who now have to determine whether these children need to be revaccinated.

Globally, the problem of improperly stored vaccines is extensive and persistent, especially in developing countries. Many vaccines have a narrow window of allowable storage temps—often 2° C to 8° C. And, according to Raja Rao, a senior program officer at the Bill & Melinda Gates Foundation, limited storage space, poorly performing refrigerators, and a lack of technical support lead to tens of millions of immunizations wasted annually.

At nearly every point along this so-called cold chain—the temperature-controlled...

But what if the cold chain could be eliminated altogether? That’s where numerous researchers, including Chris Fox of the Infectious Disease Research Institute (IDRI) in Seattle, have set their sights. “Our goal is to really address those practical aspects to make sure that the vaccines are used to vaccinate people and not just to sit somewhere and expire because of temperature issues,” Fox told The Scientist.

There are a number of lyophilized vaccines available that contain two components: a freeze-dried powder and a liquid, which are mixed together shortly before being given to a person. Even before (and almost always after) preparing the vaccine, the ingredients must be kept cold. Fox’s team wanted to come up with a way to freeze-dry a pre-mixed vaccine, and develop a formulation that would be thermostable—meaning it could withstand both hot and cold extremes.

So far, researchers at IDRI have made considerable progress toward a thermostable, freeze-dried vaccine against tuberculosis. “We’re a couple of years in and have been able to demonstrate you can maintain the vaccine at room temperature or higher, 37 degrees Celsius or even 50 degrees Celsius, for several months and maintain the stability of the vaccine,” he said. “So we’re now moving that into manufacturing and clinical testing.”

Another way to take advantage of freeze-drying is to manufacture vaccines on the spot. In a recent proof-of-concept study published in Cell last year, MIT’s Jim Collins and colleagues demonstrated they could produce diphtheria antigens from lyophilized reagents. Injecting these into mice, they found the animals produced antibodies against diphtheria. “It worked out remarkably well,” Collins said of the approach.

Manufacturing vaccines on site in developing countries would be tough to accomplish, at least for quality control, said Fox. “I think this holds immediate commercializable promise as research tools,” added Collins.

Key to the success of his tuberculosis vaccine, said Fox, was finding not only the right antigen and adjuvant, but the right excipients. “That was a large effort by our engineers and biochemists to find the right recipe,” he said, and involved screening all available pharmaceutical excipients for those that would maintain the integrity of the active ingredients through the freeze-dry process and reconstitution.

Separately, Silke Krol, head of both the Laboratory for Translational Nanotechnology at the National Cancer Institute of Bari and the Laboratory for Nanomedicine at the Foundation of the Carlo Besta Neurological Institute in Milan, and collaborators are taking a rational design approach to obtain vaccine additives for thermostability. Previous studies had shown that sucrose has a protective effect on viral vaccines at elevated temperatures relevant for transport without refrigeration, but the concentrations required are typically too high to be feasibly used. In a study published last November in Nature Communications, Krol and colleagues tested the performance of other molecules they predicted might have a similar effect, namely, polyethylene glycol (PEG) and gold nanoparticles.

The researchers analyzed the additives both in vitro and in mice using a vaccine in development against chikungunya. In low concentrations, both additives protected the potency of the immunization kept at room temperature or 37° C. “It looks like it is possible they are just stabilizing the virus and having no adverse effects,” Krol told The Scientist.

She added that much more work is needed. Interactions between the additives and the virus are complex, and it’s important to make sure the molecules don’t interfere with immunity (for example, by obscuring binding sites on the virus and blocking access to the antigen).

No matter which innovation leads to a thermostable vaccine, the need for a cold chain is likely to endure. That’s because any new technology will likely be applied only to new vaccines, otherwise existing ones would have to go through new clinical trials. “How do you redo clinical trials for that, ethically, when you have a vaccine that works?” said Fox. “So it is much better to get the thermostability developed in as early as possible. That’s what we’ve tried to do here.”

There is a way to work with existing vaccines and break free of the cold chain, at least for a short while. Some vaccines are already known to be thermostable for a few days, and so can leave the cold chain for the final leg of their journey. A few years ago, a meningitis vaccine received approval for “controlled temperature chain,” giving it permission to exist a few days up to 40° C. “It really helped in the deployment of that vaccine,” said Fox. The challenge is not getting the vaccine to a big city, he added, but to the remote village where it will be administered. “If a guy is riding his bike with a cold pack on his back [to deliver vaccines], giving him a few extra days can be a huge benefit.”

For controlled temperature chain, the innovation is in the regulatory process, not so much in the biology or chemistry. Still, said Rao, those few days outside the cold chain make a big difference, and already, millions of people have been reached by controlled temperature chain. “If anything,” said Rao, “this is the harbinger of the massive potential there is if we get to the holy grail of a fully thermostable vaccine.”