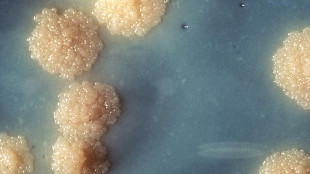 An evolutionary history of related Mycobacterium tuberculosis strains suggests that the bacterium’s fate is tightly intertwined with major events in the history of its human hosts, an international team of scientists reported today (January 19) in Nature Genetics. The team’s genetic analysis of nearly 5,000 isolates from 99 countries and sequencing of 110 M. tuberculosis genomes also revealed that many of the mutations that developed under selective pressure were not related to antibiotic resistance.

“This is a tremendous amount of work that gives a lot of detailed information that is useful for both the insights in the article and the data that’s available to the scientific community for follow-up studies,” said Marcel Behr of McGill University, who was not involved in the research. “It really highlights how the evolution is so linked with human events through history.”

Many of the strains of the so-called Beijing lineage—the...

Wirth and his colleagues assessed each isolate with 24 genetic markers primarily used by epidemiologists to classify a particular infection. They followed up by sequencing full genomes of a representative subset, demonstrating that the Beijing lineage is appropriately named, as it appears to have originated near the Yangtze River basin.

Using an estimated mutation rate in combination with the genetic data, the researchers dated the origin of these strains to 6,600 years ago, corresponding to the rise of agriculture in that part of Asia. The scientists also found that the bacterial populations expanded during the urbanizing pressures of the Industrial Revolution, the devastation of World War I, the outbreak of HIV, and during the current era of multidrug resistance, with only a small dip in population size when antibiotics were first introduced. Since the population expanded before the introduction of antibiotics, “it means something else is involved in the success” of the strain, said Wirth.

Caitlin Pepperell of the University of Wisconsin-Madison, who was not involved in the study, questioned the mutation rate the researchers used, which was based on a recent outbreak in Hamburg. “Generally, what we find to be the most clear-cut and unambiguous estimate for rate over thousands of years is a situation where we use ancient bacterial DNA,” she said. Such an estimate came out in 2014, but since the tuberculosis isolated from ancient humans was unexpectedly of seal origin, the field is still waiting for a robust estimate, Pepperell added. “[Wirth and his colleagues] used reasonable ranges and did reasonable things, but I think to be very definitive about dating and correlating tuberculosis history with historical events will probably have to wait for the next ancient DNA study to emerge.”

Pepperell was impressed, however, by the number of samples analyzed in the study. “They call it the largest survey of a single lineage and that is certainly true,” she said.

The large sample size and 110 full genomes also permitted an analysis of the evolutionary pressures driving genetic changes in the bacterium. Of the more than 6,000 sites the scientists examined, they found roughly 100 that seemed to be under positive selection, 15 of which were not associated with antibiotic resistance. “The important message,” Wirth said, “is not only to focus on the importance of antibiotic resistance.”

Wirth and his colleagues now hope to carry out a similar analysis of all tuberculosis lineages, and to examine the differences between drug-resistant and drug-sensitive strains in each of the seven clonal families they identified within the Beijing lineage. Other collaborators are investigating the potential of the positively-selected genes they identified as drug targets.

While researchers continue to focus on developing new antibiotics, McGill’s Behr pointed to a potentially important implication of this work. The results suggest that “whatever we have thrown at the epidemic in terms of antibiotics and vaccines, it hasn’t made a major dent on the population size of Mycobacterium tuberculosis,” he said. “I think that’s a sobering finding.”