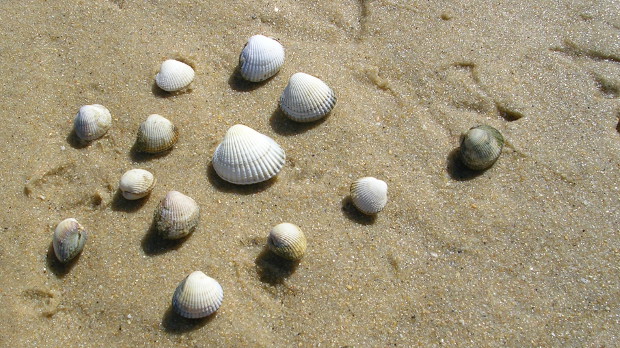 Cockles (Cerastoderma edule) collected in the ria of Arousa in Galicia, SpainDAVID IGLESIAS, CENTRO DE INVESTIGACIONS MARINAS, XUNTA DE GALICIA, SPAINResearchers from Columbia University in New York and their colleagues uncovered the first evidence of a contagious cancer among mollusks in a population of soft shell clams in 2015. Now, collaborating with biologists in Spain and Canada, the same team has uncovered three additional bivalve species with distinct transmissible cancers, including a malady that appears to have originated in a different species. The team’s latest results appeared today (June 22) in Nature.

“This is a really exciting study,” Elizabeth Murchison, a cancer biologist at the University of Cambridge, U.K., who was not involved in the work told The Scientist. “A few years ago, we only knew of two examples [of transmissible cancers]: in dogs and Tasmanian devils. Now, with five transmissible cancers in bivalves...

“This is a fantastic and important finding,” said Irv Weissman, a cancer researcher at Stanford University who was also not involved in the work. “What is clear is that the authors identified many . . . transmissible cancers, and that this is a cancer cell and not a virus that induces cancer.”

After discovering a contagious cancer among soft shell clams that populate the north Atlantic coast, Columbia University’s Stephen Goff and colleagues decided to test whether the fatal leukemias of other mollusks could also be passed from animal to animal.

The team collected Mytilus trossulus mussels from two locations around Vancouver, British Columbia, finding animals with high levels of neoplastic cells among their hemocytes—cells that circulate through the bivalve. Sequencing a highly conserved mitochondrial and nuclear gene from these animals revealed that the three neoplasms from three mussels had the same genotype and likely came from the same clonal cell. The cancerous hemocytes had different genotypes from that of the solid tissue found in the animals with cancer, indicating that the cancer cells had originated in another mussel, the researchers reported.

Through a similar analysis of diseased Cerastoderma edule cockles from Galicia, Spain, the researchers found evidence of two independent cancer lines with different morphologies, which also did not match the genotype of the host animal. (See “Second Contagious Cancer Found in Tasmanian Devils,” The Scientist, December 29, 2015.)

Among diseased golden carpet soft shell clams (Polititapes aureus), also from Galicia, the team again found hemocytes whose genotypes didn’t match those of their host animals. In this this species, however, the neoplasm genotype matched that of Venerupis corrugata, a different but related species that lives in close proximity to the golden carpet soft shell clams but does not have evidence of the leukemia.

“The biggest twist was this cross-species transmission and the weird part is that the [neoplasm] is not found in the species from which it was derived,” said Goff.

Murchison agreed. “It seems that this cancer grafted into another species, which is really a phenomenal thing to happen, and a bit crazy. Plus, there is no evidence of cancer in [V. corrugata] from which the clone arose, suggesting that perhaps that species has gained some form of resistance to the neoplasm.”

Goff had originally investigated whether the leukemia among soft shell clams was spread via a retrovirus element that was amplified in the transmissible neoplasms. But the team’s latest analysis suggests that this genetic element is not necessary for the contagion of this leukemia.

According to Goff, mollusks might release cancerous hemocytes in the ocean. “This work has changed my thinking about infectious disease,” he told The Scientist. “You can think of it as a strange new pathogen—a pathogenic cell derived from diseased individuals that is spreading almost as a single cell organism.”

“It isn’t clear yet whether the cancer cells are released into the ocean and then taken up, or if there is an intermediate host that transfers the cells,” Weissman wrote in an email.

Goff’s team plans to further the physiology and genetics of these cancerous cells.

For Greg Woods, who studies contagious cancers in the Tasmanian devil at the University of Tasmania’s Menzies Institute for Medical Research, a key question is the extent of an animal’s immune response to transmissible cancers. “[Mollusks] may have unsophisticated immune systems that may not be designed for anticancer immunity,” Woods wrote in an email. In this way, “the transmissible cancers could escape immune detection.”

“The shellfish will provide us with an exciting set of model systems to study transmissible cancers since it is very difficult to do experiments with dogs and Tasmanian devils,” noted Murchison. “These species may give us some clues as to how cancers can become transmissible.”