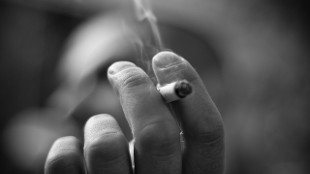 Decades of epidemiological data demonstrate that men have higher overall cancer rates than women. This difference in risk is more than four-fold for some types of cancer, but the reasons for the disparity remain mostly mysterious.

In an investigation of blood samples from more than 1,000 men, scientists at Uppsala University in Sweden and their colleagues found that those with higher rates of chromosome Y loss tended to die younger and were more susceptible to a variety of cancers. Now, some of the same researchers have shown that smoking behavior is strongly linked to the loss of the Y chromosome—a relatively common occurrence. The results, reported today (December 4) in Science, suggest a mechanism for the increased risk of many cancers observed in male smokers compared to female smokers.

This work “provides an interesting hypothesis for a biological mechanism that could contribute to the sex ratio...

To explore potential causes for the loss of the Y chromosome, Uppsala’s Jan Dumanski, Lars Forsberg, and their colleagues examined the blood samples and medical records of 6,000 Swedish men from three independent cohorts. They used single-nucleotide polymorphism (SNP) array analysis to quantify the loss of the Y chromosome (LOY) in blood cells, and then tested for associations between LOY rates and factors such as age, education level, exercise habits, smoking, and cholesterol levels.

“We analyzed many, many different potential confounders, but smoking was sticking out,” said Forsberg. “In all three cohorts, we see an independent effect: that smokers have more loss of Y in their blood compared to nonsmokers.”

In two of the groups, the team was able to compare LOY levels in men who were current smokers to LOY levels in those who had quit. Strikingly, they found that former smokers had LOY rates similar to those of men who had never smoked. Further, data on smoking frequency suggested that occasional smokers experienced less LOY than heavier smokers, added Forsberg.

The researchers hypothesize that the loss of the Y chromosome may give cells a “proliferative advantage” due to the elimination of important regulators—an idea consistent with recent evidence that the Y chromosome contains tumor suppressor genes. While LOY in blood cells may reflect this process in many cell types, it is also possible that specific cancer-fighting abilities are compromised in immune cells that lack the Y chromosome.

In a small experiment, the researchers sorted blood cells from three 91-year-old cancer-free members of the Uppsala Longitudinal Study of Adult Men, which was initiated in 1970. This analysis showed low levels of LOY in CD4+ T cells, which participate in cancer immunosurveillance, but higher LOY rates in other cell types. Forsberg said his team is working to obtain samples from a larger group of men to follow up on this finding.

While the underlying molecular links between smoking, LOY, and cancer remain unclear, this work contributes to “a rising tide of respect for and interest in the Y chromosome and its role in human biology and health and disease,” said David Page, an expert on sex chromosome biology and the director of the Whitehead Institute for Biomedical Research in Cambridge, Massachusetts. “The publication of this paper in a high-profile journal is symptomatic of that.” Until recently, Page added, scientists believed the Y chromosome contributed only to sex determination and male fertility, but “it’s now plausible that loss of the Y chromosome could have consequences in every nook and cranny of the body.”