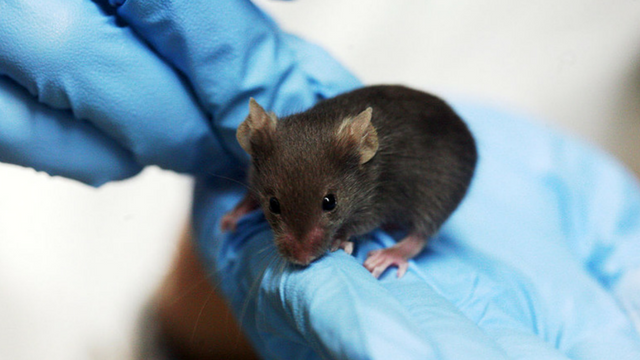 WIKIMEDIA, RAMAAscorbate, also known as vitamin C, plays a key role in determining whether blood-forming stem cells will become cancerous, according to a study of cell cultures and mice published today (August 21) in Nature.

“TET is really important. . . . Anything that’s going to interfere with TET2, particularly in hematopoietic stem cells which give rise to leukemia, could be a problem,” says Stephen Baylin, a cancer biologist at John Hopkins University’s Sidney Kimmel Comprehensive Cancer Center who was not involved in the study.

Vitamin C converts iron into a state that can be used by TET2 as it works to demethylate DNA, Benjamin Neel, director of the Perlmutter Cancer Center at New York University Langone Health, told The Scientist last week. Last Thursday (August 17), Neel and his colleagues independently determined that high doses of vitamin C can block leukemia development in mice with engineered TET2 deficiencies.

When Morrison and colleagues fed gulonolactone oxidase–deficient mice low levels of ascorbate to recapitulate those seen in vitamin C–deficient individuals, the mice developed abnormal blood cells and leukemia-consistent DNA signatures within their hematopoietic stem cells, suggesting TET2 malfunction. Notably, the researchers showed that these symptoms could be avoided by increasing ascorbate levels in the mice’s diets.

These studies are complimentary, and taken together, demonstrate that vitamin C is necessary for normal hematopoietic stem cells function “and to maintain full activity of the TET enzymes,” Luisa Cimmino, an assistant professor of pathology at NYU Langone Health and lead author on Neel’s paper, tells The Scientist in an email.

“For patients at a greater risk of developing leukemia or with leukemia,” she says, enhancing and ensuring the normal function of TET2 could “be preventative and of therapeutic benefit.”

Morrison stresses that, according to these studies, maintaining normal levels of vitamin C are important for cancer prevention. “Our work shows that getting your 100% daily requirement of vitamin C is important, but our work doesn’t provide any evidence that megadoses of vitamin C would provide any added benefit.” Human trials are still needed to confirm these effects.