Adventures Among Ants: A Global Safari with a Cast of Trillions might be mistaken as a photographic or adventure book, but it tells many stories from the front lines of animal behavior. For example, one of the most ecologically damaging and yet fascinating ants is the Argentine ant, which resembles humans in being a natural born conqueror. A native of floodplains in northern Argentina, the Argentine ant has invaded subtropical habitats worldwide because of its proclivity for stowing aboard ships. In California, Argentine ants have been out battling, out eating, and out reproducing native ants since the species first arrived a century ago.

Several other invasive ant species originate from this same part of Argentina. My book describes how all these ants have so honed their fighting skills against each other in Argentina that whenever any of them are able to escape their homeland, the native ants and many other...

When Argentine ants disembark at a foreign port, they exterminate competitors and reproduce without bounds. The expanding mass of ants remains one colony, however, because new queens never fly off to establish independent nests as do queen ants in other species. Rather, the Argentine queens stay in their mother colony, and their offspring add to a colony's size by constructing a network of budding nests that can eventually range over hundreds of square kilometers.

Among animals, this capacity to grow their societies without bounds is unique to a few ant species and humans. In fact, all of California's Argentine ants belong to only four colonies. The largest, euphemistically named the Very Large Colony, contains hundreds of billions, if not trillions, of ants, and extends from the Mexican border to San Francisco. In the largest battles ever recorded, millions of ants die each month along this colony's border with its rivals in San Diego County.

In the absence of mating flights by airborne queens, how do Argentine ants form a new society—one with a different clannish identity? The book posits for the first time an intriguing new hypothesis: that they don't. This would mean that the Argentine ants that made their way to California are simply an extension of the ant society from whence they came and that there are no truly new colonies. When the expanding mass of ants bud off a new nest, given the opportunity to come together again all its members can mix freely with residents of the nests from whence they came, even if they become separated by continents. The only way for another colony to appear is for a fragment of a different colony, complete with queens and workers, to arrive at that spot, probably brought on another boat or in a car. Before humans introduced these reliable means of transportation, Argentine ants could only make such long-distant moves by rafting on floating debris in Argentine rivers. This early method of "jump dispersal" yielded the intricate patchwork of colonies that exist in Argentina, but until recently confined the species there.

Argentine ants worldwide therefore identify with limited number of colonies that continue indefinitely and are strongly inbred. Each of the California supercolonies for example must have originated from a different colony in Argentina, with its own social identity. Each is able to associate only with the populations it spins off and with its mother colony and not with members of other supercolonies.

It is reasonable, then, to think of California's four supercolonies as nothing less than the very same societies that invaded the state starting 100 years back. Whereas most ant colonies go through a lifecycle similar to that of an organism—being born when a queen rears her first brood and dying when the queen dies—the Argentine ant societies have achieved a kind of immortality.

What's more, a supercolony's ability to span space and time forces scientists to reconsider our concept of individuality. Like the protagonist of Gogol's story "The Nose," we don't expect our body parts to wander off. But because Argentine ants move freely within each supercolony and produce offspring that identify with the colony they came from, they spread a nationality. Leapfrogging here and there, each society recreates itself in fragments. New Zealand contains a supercolony now known to be identical to Very Large Colony in California. No surprise: since Very Large Colony controls the port cities from north (Richmond, Oakland, San Francisco) to south (Long Beach, Los Angeles, and San Diego), its ants would have easily hitched a ride to New Zealand on any of a number of ships.

Supercolonies confound our notions about societies, populations and species like nothing else. An Argentine ant society is separated socially and reproductively from all other Argentine ants by an intolerance of outsiders. Their patriotism is so absolute that males are almost always killed if they enter the territory of the next supercolony. That differs from people, whose cultures, albeit often violent toward each other, have a history of interbreeding that unifies our species. Since there's almost no reproduction between supercolonies, each society effectively exists in isolation, as genetically separate as lions are from tigers.

In a very real sense, then, each Argentine ant supercolony is its own species. If the ideas in Adventures Among Ants are correct, this is a previously overlooked means of fashioning a species.

Mark W. Moffett is a research associate at the Smithsonian's National Museum of Natural History. He did his Ph.D. at Harvard under the poet of the conservation movement, Edward O. Wilson. Moffett's research has focused on ant sociality and on canopy biology, often in remote parts of the globe.

Editor's note (November 24): The story has been changed to add more information to the description of what happens when ants bud off a new nest. 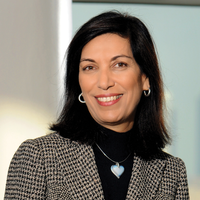 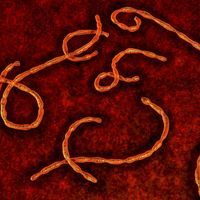