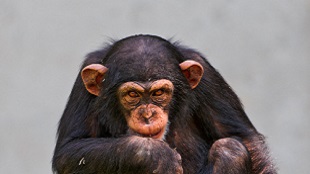 FLICKR, TAMBAKO THE JAGUARMale mammals of many species kill the offspring of other males to increase their own chances of successful reproduction. Evolutionary biologists long suspected that this behavior exerted a strong influence on how animal societies were shaped over time. But an analysis of more than 250 different mammalian societies suggests that mammals’ social structure evolved largely independently of infanticide, while finding further evidence that some social factors may have influenced the evolution of the violent behavior. The work was published today (November 13) in Science.

While previous work has largely focused on male infanticide in primates, this new study used a “fresh and broader approach, [going beyond] the limited realms of primatology to analyze data on mammals in general,” primatologist Alan Dixson of the Victoria University of Wellington in New Zealand who was not involved with the study told The Scientist in an e-mail.

But precisely how these social factors have caused—or resulted from—the phenomenon of male infanticide was unclear. To tease these factors apart, Dieter Lukas of the University of Cambridge and Elise Huchard of the University of Montpellier in France gathered data on its prevalence across 260 species of mammals: 119 species that showed male infanticide and 141 that did not.

Using phylogenetic methods, the duo mapped the occurrence of various mating behaviors and infanticide over evolutionary time. They also compared how ratios of males to females within a group and the length of the breeding season were linked to male infanticide. Reconstructing how these behaviors evolved revealed that infanticide is much more likely to arise in lineages that live in mixed groups with more females than males, Lukas said.

The researchers found that infanticide occurred in only 28 percent of annually breeding species, compared with 76 percent of species capable of breeding throughout the year. In annually breeding species, although males can join or leave social groups throughout the year, they must wait until the next breeding season to mate. So infanticide may offer little benefit in such societies, Lukas suggested.

Infanticide was also relatively uncommon in solitary species, in monogamous species, and in species that lived in female-only groups. Infanticide was seen in 66 percent of stable groups of both males and females—most frequently in groups with one male to every two to three females. This biased sex ratio in groups appeared to precede infanticide during evolution, suggesting it is a cause and not a consequence of the killing.

In the past, researchers have proposed that infanticide may have driven societies to evolve toward larger groups of females, or toward permanent male-female associations. But the new analysis found both scenarios were unlikely to be a result of infanticide occurring in a species. “Whether infanticide is present or not doesn’t seem to affect whether a change will occur in the social system,” said Lukas. “But because behavior doesn’t fossilize, it’s very difficult to get estimates” of when the social changes occurred.

This difficulty also underlies a debate triggered last year, when Christopher Opie of University College London and his colleagues published a PNAS paper titled “Male infanticide leads to social monogamy in primates.” In the same month, Lukas and his coauthors published an analysis in Science that suggested monogamy was a consequence of females being intolerant of one another or males not having the resources to defend multiple females—it was not a result of male infanticide.

The new results have not fully resolved the issue of which came first, monogamy or infanticide.  “Infanticide rates across all the mammals they looked at were lower in monogamous species than in any other social group,” said Opie. “That supports our paper back in 2013, when we suggested that monogamy was quite an effective response to infanticide.”

Evidence of infanticide is rarely preserved in the fossil record, and monogamy and group structure may be inferred in other ways, such as comparing testes size in species. There’s no clear right or wrong with the methods, according to anthropologist Peter Kappeler of the University of Göttingen in Germany who was not involved with either study. “With the classification of published data it often depends on the authors’ own operational definitions,” he said. Using currently available data, Lukas’s new analysis is “an excellent job,” Kappeler said. But, he added, “it’s probably still not the last word in this debate.”