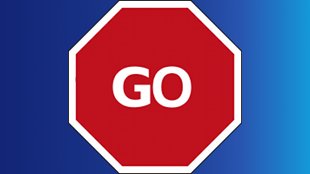 RUTH WILLIAMSStop codons are not always genetic stop signs, according to a study published in Science today (May 22). A large proportion of bacteria and viruses have reassigned at least one stop codon—a signal marking the end of protein-coding sequences—to instead encode for an amino acid.

“This is the first real data point that looks at [stop codon reassignment] in an objective way to ask how common is it,” said Laura Landweber, a professor of ecology and evolutionary biology at Princeton University, who was not involved in the study.

Protein-coding DNA is written as a chain of trinucleotide words, or codons. There are 64 codons—the total possible combinations of the four DNA nucleotides, G, C, A, and T—and 61 of them encode amino acids. The remaining three—TGA, TAA, and TAG—are used at the end of protein-coding DNA sequences, and tell the cell’s translation machinery to stop adding amino...

This genetic code was believed to be universal to all life on the planet. That is, it was thought that TGA, TAA, and TAG meant “stop” no matter which organism they were in, just as a red octagonal road sign signals a driver to stop, no matter which country he’s in.

Over the past few decades, however, a handful of species have been discovered using stop codons to encode amino acids. To examine how often such codon reassignments occur in nature, Eddy Rubin, director of the US Department of Energy’s Joint Genome Institute in Walnut Creek, California, and his colleagues analyzed 5.6 trillion base pairs of microbial DNA sequence gathered from more than 250 different environments across the globe—including the sea, soil, and human stools.

Within the sequence data, which is stored in the Integrated Microbial Genome database, the team found evidence of stop codon reassignment in a “surprisingly significant fraction,” said Rubin. Indeed, “in some environments, close to 10 percent of the organisms use stop codons to code for amino acids,” he said.

The team also observed that viruses that infect bacteria—bacteriophages—sometimes had different codon reassignments to that of their hosts.

“[There was] the tacit expectation that parasites would match the genetic code usage of their host,” said Landweber. However, “at least with regard to stop codons, this shows that they don’t have to,” she said. In fact, added Rubin, there was evidence that one bacteriophage “uses the codon differences as a way to defeat its host.”

Beyond this case of a virus outsmarting its host, it is not clear what has led some organisms to recode their stop codons. One possibility, suggested Dieter Söll, a professor of molecular biophysics and biochemistry at Yale University, is that it may allow organisms to genetically encode proteins that contain unusual amino acids.

From when the genetic code was first deciphered until very recently, there was thought to be 20 amino acids commonly used to build proteins, said Söll. Within the last few decades, however, two additional genetically encoded amino acids have been discovered—selenocysteine and pyrrolysine—both of which are encoded by stop codons.

“My greatest excitement about this paper is really that we now know that there is a great frequency of stop codon changes,” Söll said. “I would imagine that if the biochemistry would be done on all these examples [of organisms that have reassigned stop codons],” he added, “one would very likely find additional genetically encoded non-standard amino acids.”