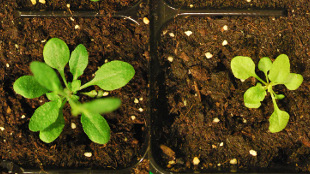 The results suggest that using this gene expression control system likely has broad confounding effects on experimental outcomes in molecular biology. And with tetracyclines accounting for 41 percent of all antibiotics sold for use on livestock in the United States in 2011, according to the US Food and Drug Administration, environmental accumulation of the drugs could have detrimental ecological outcomes.

“This is a straightforward and clear story,” said Cole Haynes, who studies mitochondrial dysfunction at Memorial Sloan Kettering Cancer Center in New York City. “It’s a nice job by the authors showing that tetracyclines really have mitochondrial consequences [scientists] have not thought about seriously.”

Two years ago, study coauthor Johan Auwerx, an energy metabolism researcher at the École Polytechnique Fédérale in Lausanne, Switzerland, and his colleagues observed that the tetracycline class of antibiotics, which target mitochondrial translation, led to an imbalance between mitochondrial and nuclear protein translation in both worms and mammalian cell lines. Expanding on this observation, the researchers have now shown that even low concentrations of tetracyclines can inhibit mitochondrial function and lead to changes in both mitochondrial and nuclear protein expression. Across four commonly used human cell lines, as little as 1 microgram of the drug per milliliter resulted in a decrease in cellular respiration, signaling impaired mitochondrial activity. Treatment with amoxicillin, an antibiotic that does not target protein synthesis in the mitochondria, did not lead to these effects. Further, genome-wide expression data showed global repression of mitochondrial protein synthesis in the presence of the tetracycline doxycycline.

In C. elegans and D. melanogaster, doxycycline exposure during development resulted in developmental delays as well as decreased oxygen consumption when the animals reached adulthood. However, both the doxycycline-treated worms and the fruit flies were more agile throughout their lives compared to those not exposed to the antibiotic, Auwerx and his colleagues found. This observation was consistent with the authors’ previous findings that blocking mitochondrial translation can partly prevent a decline in physical fitness with age.

A. thaliana plants grown in media containing doxyclicine exhibited delayed growth and increased expression of stress-response genes. The livers of mice whose drinking water was supplemented with doxyclycine for 14 days showed depleted energy stores and reductions in respiration, as well as shifts in mitochondrial gene expression.

“I’m not surprised that tetracyclines affect the status of these organisms,” wrote Nunnari. “But then again, I am a mitochondrial biologist. What surprises me is the extent of the effects and that the scientific community has not considered the off-target effects of this class of compounds in their experimental design.”

“I would certainly pause before using the tetracycline system,” said Haynes.

Given their results, the researchers cautioned against widespread tetracycline use in livestock because of the potential repercussions for neighboring plant life and human health. “This aspect of some antibiotics . . .  has been overlooked,” said study coauthor Riekelt Houtkooper, a molecular biologist who studies metabolic aging at the Laboratory Genetic Metabolic Diseases of the Academic Medical Center in the Netherlands. “There is a lot of interest in antibiotic resistance and on the effects of antibiotics on the microbiome, but the effects on mitochondria is a whole new angle.”

“Our guts contain 10 times more bacteria than cells but the mitochondria are even more abundant than the bacteria in our guts,” Houtkooper continued. “We need more studies to show how the environment is affected by antibiotics.”