Cryoprotectant and gold nanoparticles injected into zebrafish embryos allowed them to be frozen and reanimated. It is the first time this has been done with zebrafish embryos, scientists say.FULL VIDEO ON YOUTUBE, UNIVERSITY OF MINNESOTA/SMITHSONIAN CONSERVATION BIOLOGY INSTITUTEZebrafish embryos have for the first time been frozen, thawed, and brought back to life. The feat, described July 13 in ACS Nano, could help to store frozen fish germ cells and embryos and has implications for biomedical research and also replenishing biodiversity in the oceans.

Researchers have been working on cryopreservation of zebrafish embryos for decades. It’s never been done before. “The fact that we got any viability at all was surprising,” says study coauthor John Bischof of the University of Minnesota.

Over the past 60 years, scientists have had success preserving the sex cells and embryos of humans, cattle, mice, and many other animals. Trying to...

Building on work by other scientists, Bischof and colleagues tweaked an existing cryopreservation method by injecting gold nanoparticles into zebrafish embryos, along with a cryoprotectant. The team froze the embryos in about one second using liquid nitrogen, then, after a few minutes, warmed them using a laser.

The gold nanoparticles, which were distributed evenly throughout the embryos, absorbed the laser light and turned it into heat. The laser, which shown on the embryos for a millisecond, warmed developing fish so rapidly that they may have avoided being damaged by ice formation or other untoward effects of the quick-chill and thaw technique.

In the trials, only about 10 percent of the embryos survived to 24 hours. At this point, survivors started squirming and wiggling as their hearts, eyes, and nervous systems developed, proving their viability, yet none survived to day five, the final time point the team used.

The advance is important for the field of genetics, cryobiologist Amir Arav of the Israeli company FertileSafe tells The Scientist. Zebrafish have become an important model organism for studying the genetics of vertebrates and humans, especially when it comes to cancers including melanoma, pancreatic cancer, and certain types of leukemia. Being able to preserve the different genetic lines of zebrafish generated in these studies means researchers wouldn’t need to maintain live populations or run the risk losing irreplaceable research lines. It is also the most cost-effective method for this kind of research.

Clemson University bioengineer Kelvin Brockbank says the fish also serve as a model for conservation. “Cryopreservation of an organism such as a zebrafish is also important because it is representative of other fish species and other organisms in which cryoconservation is needed due to the encroachment of mankind on their habitats and global warming,” he writes in an email to The Scientist. “We are losing species every day and if we don’t actively establish banks of organisms of all types even more will be lost.”

The team is continuing to work on the technique to improve the viability of the embryos. “The fish aren’t swimming away yet,” Bischof says. Tweaks to the laser, gold nanoparticles, and even the cryoprotectant could make the method more suitable for embryos with a diameter of a millimeter or smaller. That would mean there would be one way of cryopreservation for all organisms with embryos of that size.

Biscoff’s coauthor Mary Hagedorn of the Smithsonian Conservation Biology Institute in Washington D.C. is now doing research to determine whether the method could be used to preserve coral, with the hopes of repopulating reefs in the future. 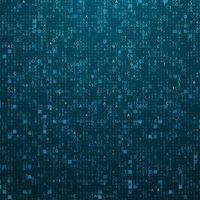 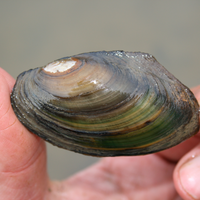