Brains of fetal mice infected with Zika (ZIKV) and unifected mice (Mock)C. LI ET AL., CELL STEM CELLA trio of mouse studies published today (May 11) provides some of the strongest evidence yet that Zika virus infection can cause birth defects. Researchers at the University of São Paulo in Brazil and their colleagues reported in Nature that the Brazilian strain of the virus could cross the placentas of pregnant mice, resulting in microcephaly in developing embryos. Meanwhile, researchers from the Chinese Academy of Sciences reported similar findings in Cell Stem Cell after having studied a different infection route. And researchers at the Washington University School of Medicine in St. Louis found that Zika can infect pregnant, immune-deficient mice and their fetuses, causing restricted growth and fetal death; their findings were published in Cell.

“These papers are the link that was missing,” Shannan Rossi of the University of...

Zika was originally isolated from Rhesus monkeys in Uganda in 1947. A growing body of evidence suggests that the recent spike in cases of microcephaly in Brazil were caused by infection with an Asian strain of the virus primarily spread by Aedes aegypti mosquitoes. The virus has been shown to infect neural progenitor cells in vitro, and has also been found in the amniotic fluid of infected pregnant women and in fetal brains and retinas. But until now, direct evidence that Zika can cause birth defects in an animal model was lacking.

Patricia Beltrão-Braga of the University of São Paulo and her colleagues infected two strains of pregnant mice (known as SJL and C57BL/6) with a strain of Zika isolated from a newborn child in northeast Brazil who had microcephaly. At birth, the pups from the infected SJL mice showed signs of restricted body growth and signs of microcephaly, including cortical defects and cell death. The infected C57BL/6 pups, on the other hand, did not develop any abnormalities, which the researchers suspect may have been a result of strong immune responses in these mice.

The study “offers the first direct, experimental proof that the Brazilian strain [of Zika] can cause birth defects,” study coauthor Alysson Muotri of the University of California, San Diego, told reporters during a May 10 press conference. The mouse model can now be used to study the virus’s effects on the central nervous system, as well as to develop vaccines or treatments, the researchers noted in their paper.

Beltrão-Braga, Muotri, and their colleagues also grew brain organoids from human stem cells and infected these in vitro models with the Brazilian and African strains of the virus. In the human mini brains, both strains of the virus caused cell death, but the Brazilian strain appeared to also interfere with the formation of cortical layers. The virus didn’t replicate in the brain organoids grown from chimpanzee stem cells, suggesting it may have adapted to human tissue, the researchers noted in their paper.

Separately, Zhiheng Xu of the Institute of Genetics and Developmental Biology at the Chinese Academy of Sciences and his colleagues injected the Asian strain of the virus directly into the brains of mouse embryos, finding that the pups developed signs of microcephaly, including small brains and cortical thinning. (Xu said that his team also tried infecting the mice by other methods in utero, but all the animals died.)

The virus not only interfered with the development of neural progenitor cells, but also infected and killed neurons, suggesting the virus can affect already-developed brain tissue.

Lastly, the researchers measured gene expression in the brains of the infected embryos, finding upregulation of genes related to candidate cell surface receptors for the virus, immune response, cell death, and microcephaly.

“Now we can be sure it’s Zika that causes microcephaly,” Xu told The Scientist. “We can repeat that very well.”

First, the researchers infected pregnant mice that lacked the ability to produce or respond to type I interferon—a common immune system protein—when the embryos were 6.5 to 7.5 days old. Most of the fetuses died, and the virus was found in their post-mortem brains and in their mothers’ placentas. Unlike in the other studies, the pups in these experiments did not show signs of microcephaly. They did, however, show signs of intrauterine growth restriction, Diamond and colleagues reported in their paper.

In a second experiment, Diamond’s team treated pregnant mice with antibodies that blocked interferon, and exposed the animals to Zika. The virus was able to cross the animals’ placentas and cause a milder form of infection, but it did not kill the fetuses.

Diamond said he thinks that his team might have seen evidence of microcephaly had they observed the mice longer. He also noted that his study used a different route of infection than the study by Xu and colleagues (who injected the virus directly into the embryos’ brains, such that it did not have to cross their placentas).

It remains unclear why some strains of mice can be infected with certain strains of Zika while others are not. One possibility is that an animal’s risk of infection could depend on the viral load. But, at least in the Nature study, both mouse strains examined received the same dose of virus. The observed difference in infection rates between animals could also be due to differences in immune response between different types of mice,  Jean Pierre Peron of the University of São Paulo, a coauthor on the Nature study, noted.

“The three papers are outstanding and are really demonstrating the pathogenesis we have seen in humans,” said Karin Nielsen of the University of California Los Angeles David Geffen School of Medicine, who was not involved in the work. “There’s so much evidence that [the birth defects are the result of] the virus.” Of course, she added, “humans and mice are different.”

These studies “really [open] up the field to answer questions like: When in pregnancy does Zika cause the most damage? What kind of drugs or interventions can we put in place? How does Zika cause this [damage]?” said Rossi of UTMB. Each model can be used to probe different aspects of infection, she added. “One model does not fit everything.” 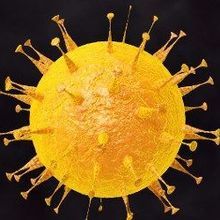 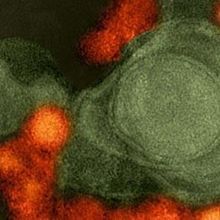