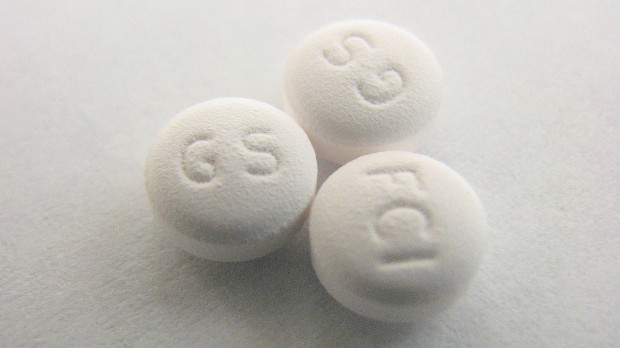 WIKIMEDIA, TOKINOResearchers at the Vollum Institute in Portland, Oregon, have resolved the crystal structures of the human serotonin transporter (SERT) bound to two different antidepressant drugs. The structures show where the drugs bind, how they inhibit transporter function, and offer insights for the design and development of new psychiatric pharmaceuticals.

“There are no other human transporters in this family that have been crystallized and where we know the structure, so [the paper] is a milestone in that sense,” said pharmacologist Gary Rudnick of Yale University who was not involved in the study. “The structure can be used to understand details about the way the protein works, the way it binds ligands [and] for drug development,” he added.

Serotonin is a neurotransmitter that influences neurological systems such as mood, sleep, cognition, and hunger. Selective serotonin reuptake inhibitors (SSRIs) are drugs that prolong the presence, and thus activity, of serotonin in...

SERT is a member of a large family of neurotransmitter sodium symporters (NSS) that includes the transporters for dopamine and norepinephrine. These NSS proteins are integral membrane factors, complicating structural analysis by X-ray crystallography. “Membrane proteins tend to be happiest in a membrane bilayer,” said Eric Gouaux of the Vollum Institute, who led the study, “but it turns out we can’t study them very well in a membrane, so we have to extract them.” The problem is, without the support of the surrounding membrane the proteins become highly unstable. “The human serotonin transporter was particularly finicky,” Gouaux said.

To tackle the instability problem, the researchers systematically introduced mutations in SERT until they found ones that stabilized the free protein yet maintained its function. They also found that associating SERT with an SSRI helped maintain the protein’s structure. “[The drugs] really lock the molecule into a particular shape,” said Gouaux, “so it’s easier to make crystals.”

The X-ray structures revealed that a single molecule of the SSRI paroxetine bound within a cavity that reached deep into the transporter. By contrast, two molecules of the SSRI (S)-citalopram were found to bind SERT—one in the same spot as paroxetine (the presumed binding site for serotonin), and another in a nearby cleft within the same cavity.

The discovery of the second binding site for (S)-citalopram confirms previous evidence for an allosteric site. Studies had shown that high concentrations of the drug could prolong its binding to SERT. In effect, “it suggests that the drug itself can enhance its own function,” said neuroscientist and pharmacologist Ulrik Gether of the University of Copenhagen who also did not participate in the study.

This allosteric site provides an additional possible drug target, explained Gether.  For example, “you could design molecules with particularly high affinity for that site that could enhance the effects of other drugs,” he said. Overall, the crystal structures could also inform improvements to existing SSRIs, perhaps making them more specific and effective.

Both drugs fixed SERT in an “outward-open” conformation, meaning that, were the transporter in its normal membrane location, it would be prevented from opening into the cytoplasm—necessary for transporting serotonin into the cell. The structures thus explain how the drugs work, but Gouaux and colleagues would also like to determine how serotonin, itself, is transported.

Determining the structure of SERT bound to serotonin, however, “is a tougher problem,” said Gouaux. “When serotonin is bound, the transporter is doing its natural thing of moving back and forth and that makes visualization challenging,” he explained. “We have to learn how to trap particular states of the transporter so that we can essentially build up a movie of this process [from] structural snapshots.”