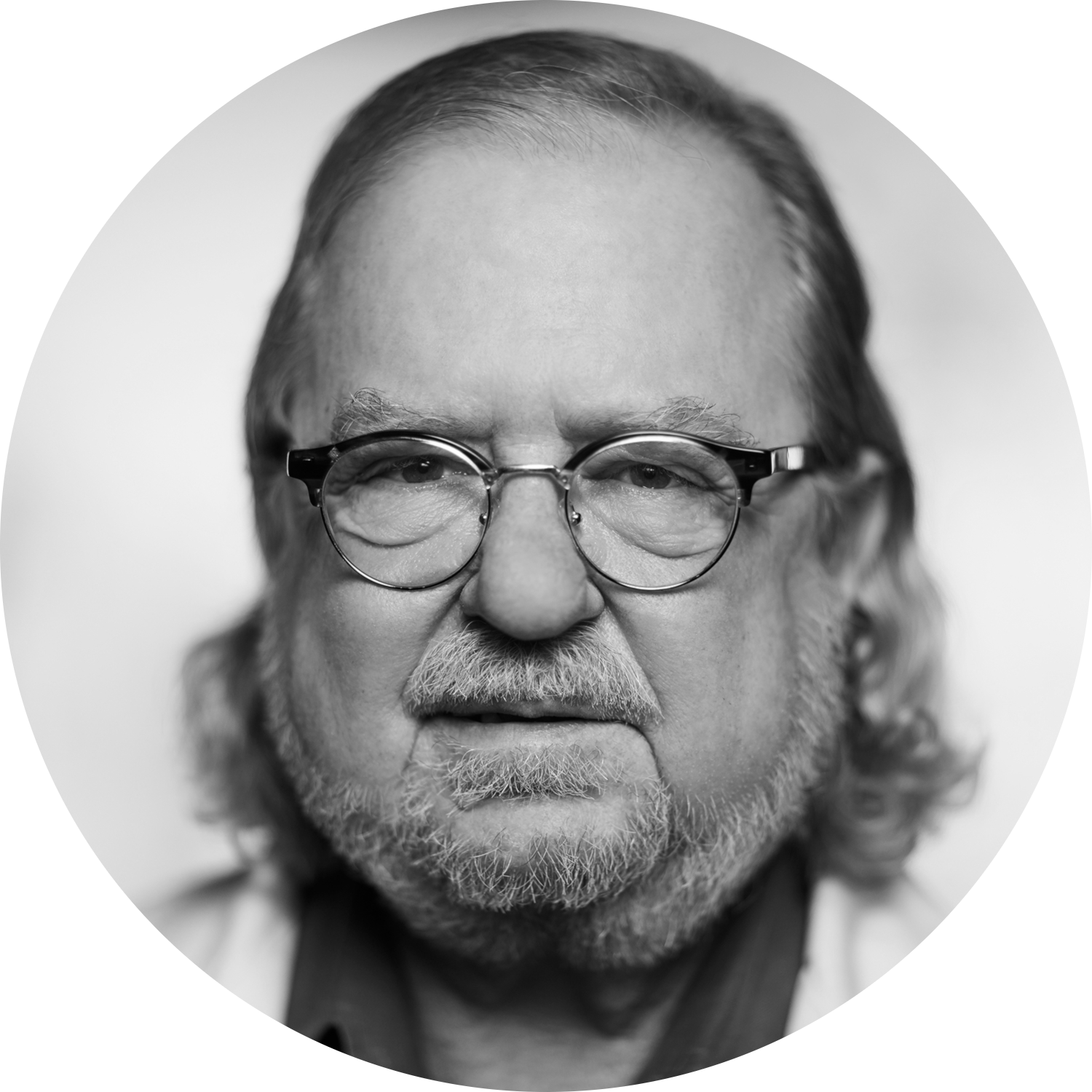 James Allison is Regental Professor and Chair of the Department of Immunology, the Olga Keith Wiess Distinguished University Chair for Cancer Research, Director of the Parker Institute for Cancer Research, and the Executive Director of the Immunotherapy Platform at MD Anderson Cancer Center. He has spent his career studying the regulation of T cell responses and developing strategies for cancer immunotherapy. He earned the 2018 Nobel Prize in Physiology or Medicine, which he shared with Kyoto University’s Tasuku Honjo, “for their discovery of cancer therapy by inhibition of negative immune regulation.” Among many honors, he is a member of the National Academies of Science and Medicine and received the Lasker-Debakey Clinical Medical Research award in 2015. Allison’s current work seeks to improve immune checkpoint blockade therapies currently used by our clinicians and identify new targets to unleash the immune system in order to eradicate cancer. 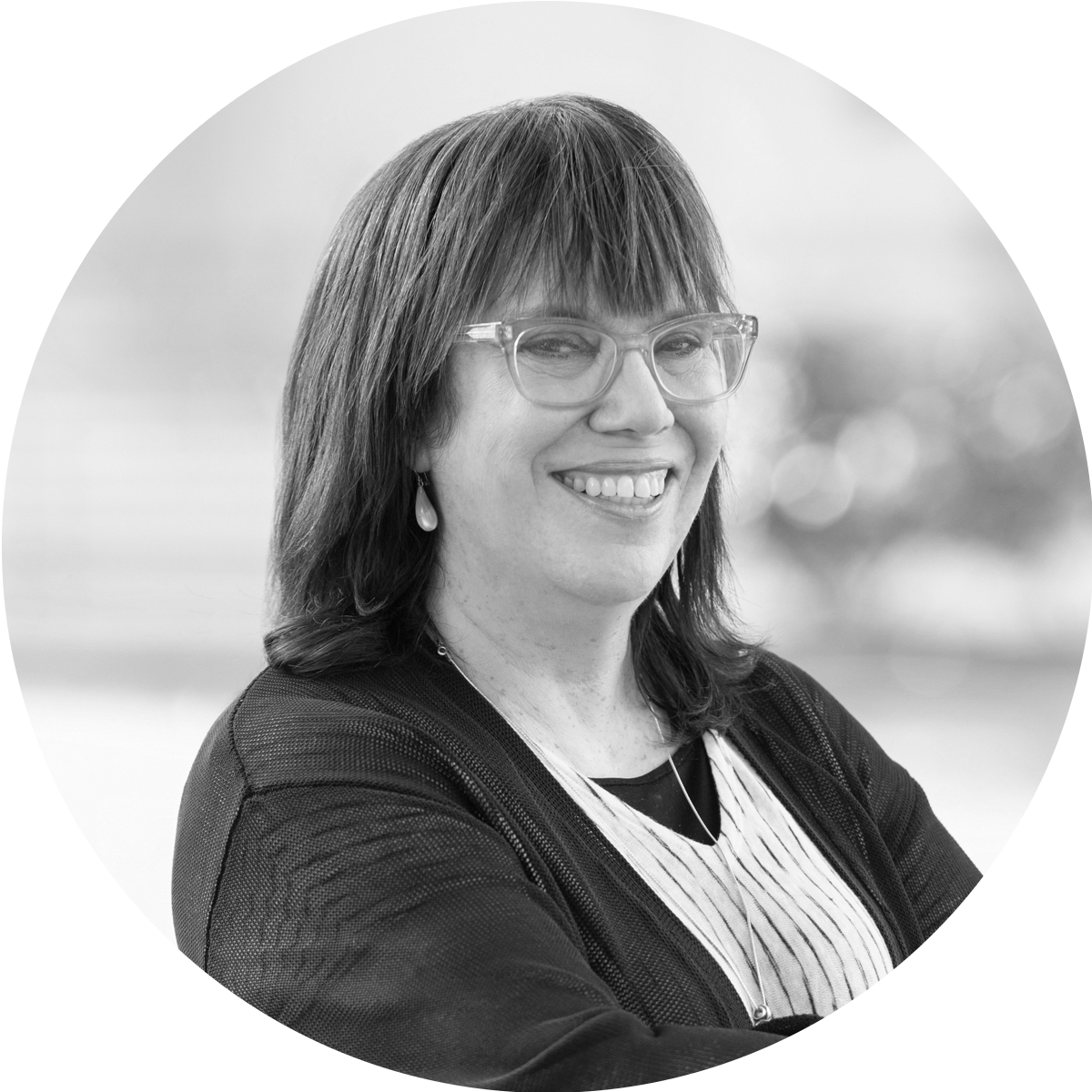 Deborah Blum is a Pulitzer Prize–winning science writer and the author of six books, most recently The Poison Squad: One Chemist’s Single-Minded Crusade for Food Safety at the Turn of the Twentieth Century, a New York Times Notable Book and the subject of an American Experience documentary on PBS. Blum serves as director of the Knight Science Journalism Program at MIT, where she is also the publisher of the award-winning science magazine Undark. She has written for a wide range of publications including The New York Times, Slate, The Wall Street Journal, TIME, and Wired. Blum is a fellow of the American Association for the Advancement of Science, a life-time association of the National Academy of Sciences, and serves on the board of the Council for the Advancement of Science Writing. 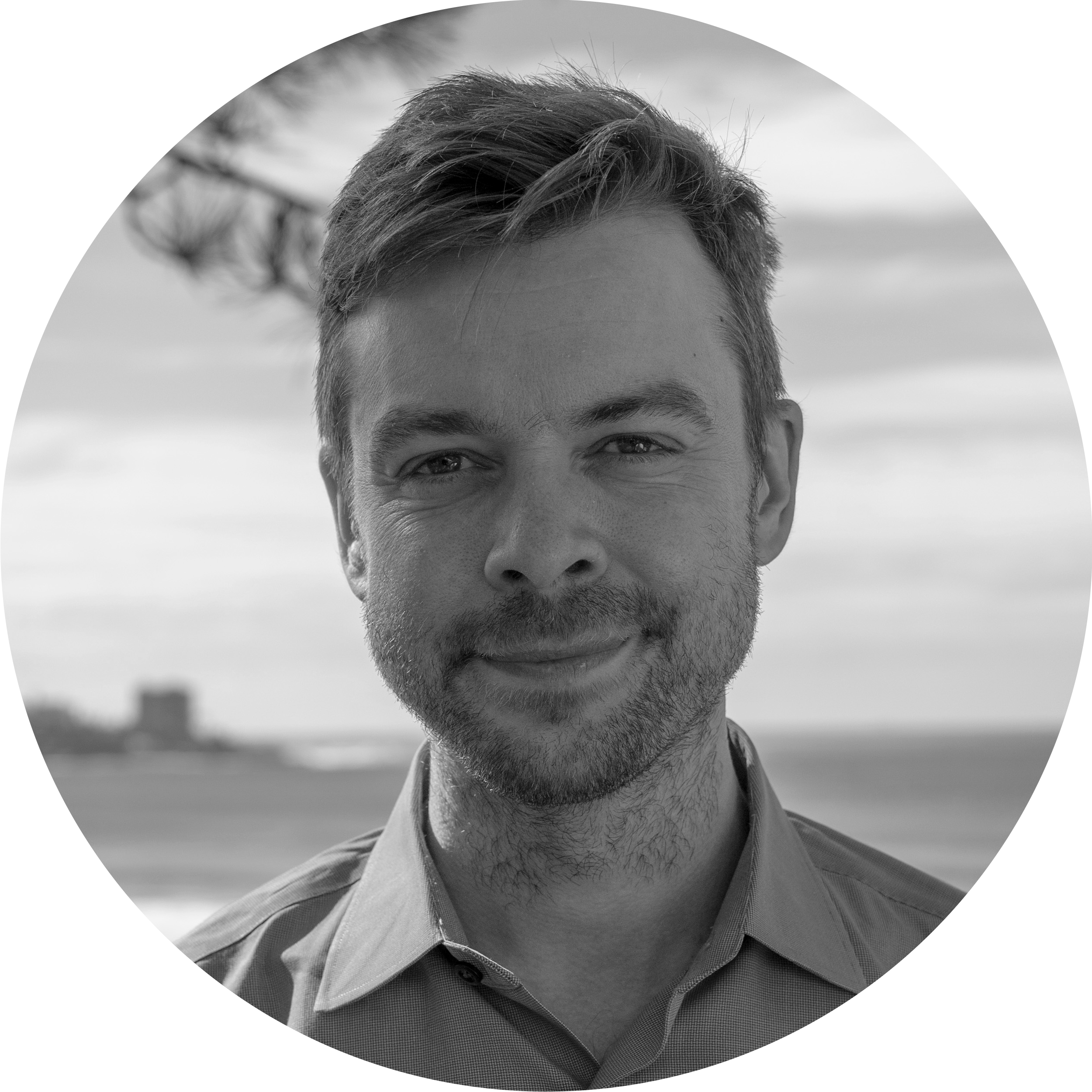 Jack Gilbert is a professor in the University of California, San Diego, Department of Pediatrics and the Scripps Institution of Oceanography. He was previously a professor in the Department of Surgery and Faculty Director of the Microbiome Center at the University of Chicago Medicine and senior fellow at the Marine Biological Laboratory and Argonne National Laboratory. Currently, he is editor-in-chief of the American Society for Microbiology journal mSystems. Gilbert is also the co-founder of both the Earth Microbiome Project and American Gut Project, as well as the coauthor of Dirt Is Good: The Advantage of Germs for Your Child's Developing Immune System. 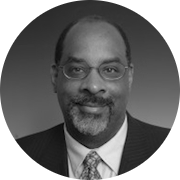 Joseph L. Graves, Jr. is a professor of nanoengineering at the Joint School of Nanoscience and Nanoengineering in Greensboro, North Carolina. His research concerns the evolutionary genomics of adaptation, particularly as relevant to postponed aging and bacterial responses to nanomaterials. He has served as a member of the external advisory board for the National Human Genome Center at Howard University and as the chair of the Senior Advisory Board for the National Evolutionary Synthesis Center (NESCent) at Duke University. Graves is currently a member of the executive boards of the National Science Foundation’s Science and Technology Center: Biocomputational Evolution in Action (BEACON); NSF NRT: Integrative Bioinformatics for Investigating and Engineering Microbiomes; and NSF NNCI: Southeast Nanoinnovation Corridor. 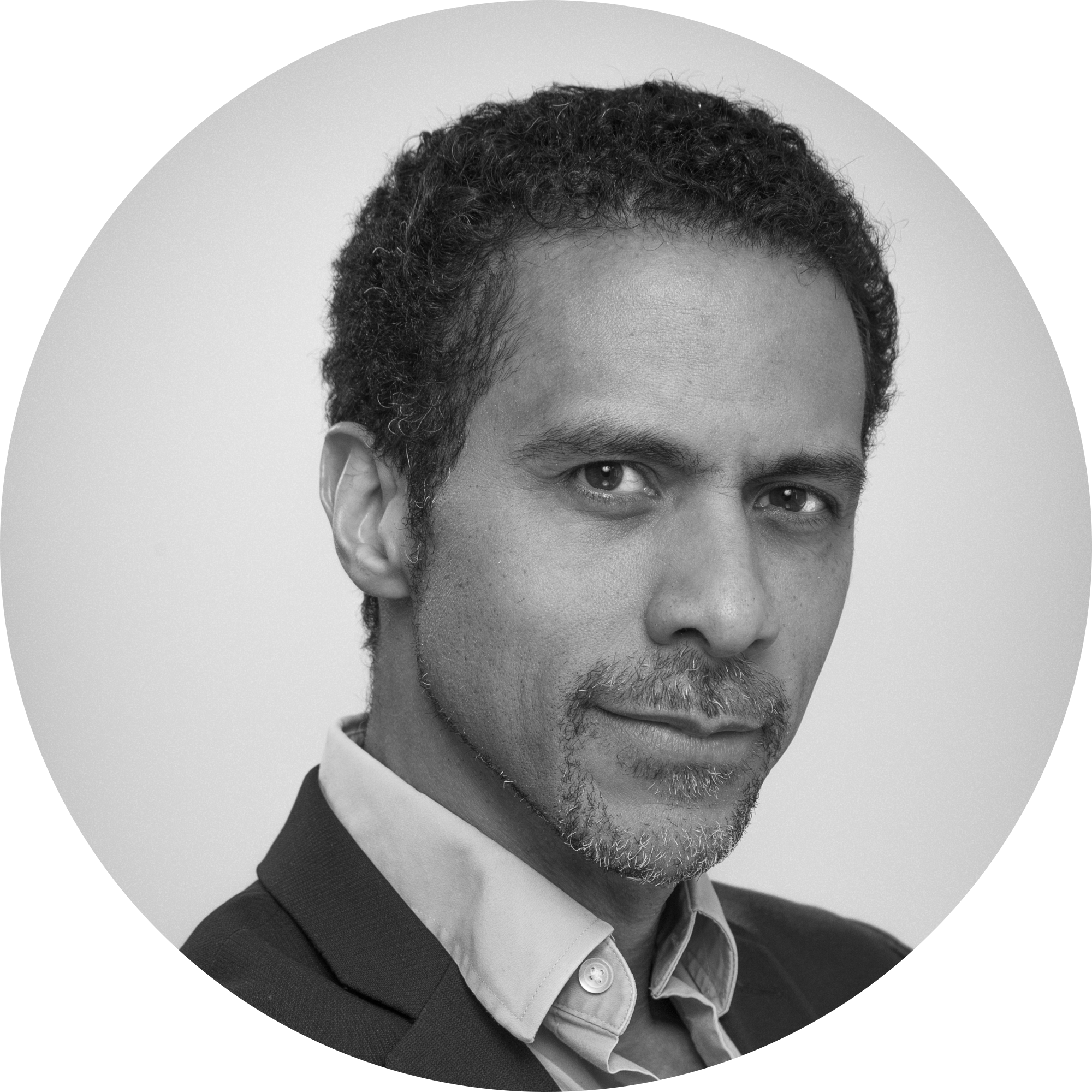 Erich Jarvis is a professor at the Rockefeller University, where he studies the molecular pathways involved in the perception and production of learned vocalizations and the development of brain circuits involved in vocal learning, focusing on observations of songbirds, parrots, and hummingbirds. He also is chair of the international Vertebrate Genomes Project, which has the goal to generate complete genome assemblies of all vertebrate species. In 2002, he was awarded the National Science Foundation’s Alan T. Waterman Award, in 2005 he won the National Institutes of Health Director’s Pioneer Award, and in 2019 he won an NIH Directors Transformative Research Award. Jarvis was named a Howard Hughes Medical Institute Investigator in 2008. 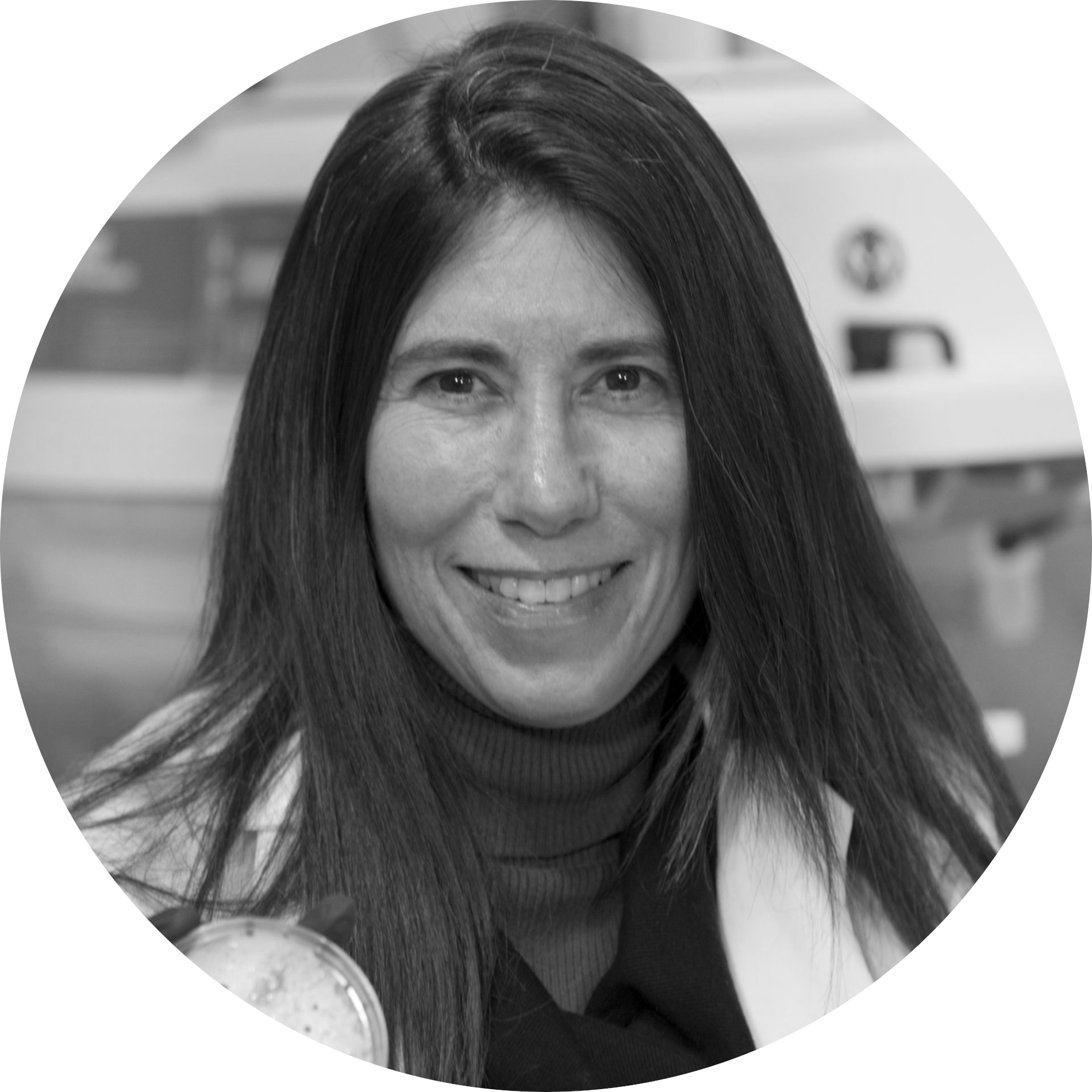 Ellen Jorgensen is the Chief Science Officer at Aanika Biosciences, a biotech startup that uses microbe-based molecular tags to track, trace, and authenticate products throughout supply chains. She is passionate about increasing science literacy in both student and adult populations, particularly in the areas of molecular and synthetic biology. In 2017, Fast Company magazine named her one of their Most Creative Leaders in Business. Jorgensen’s two TED talks, “Biohacking: You Can Do It Too” and “What You Need to Know About CRISPR,” have received more than 2 million views. 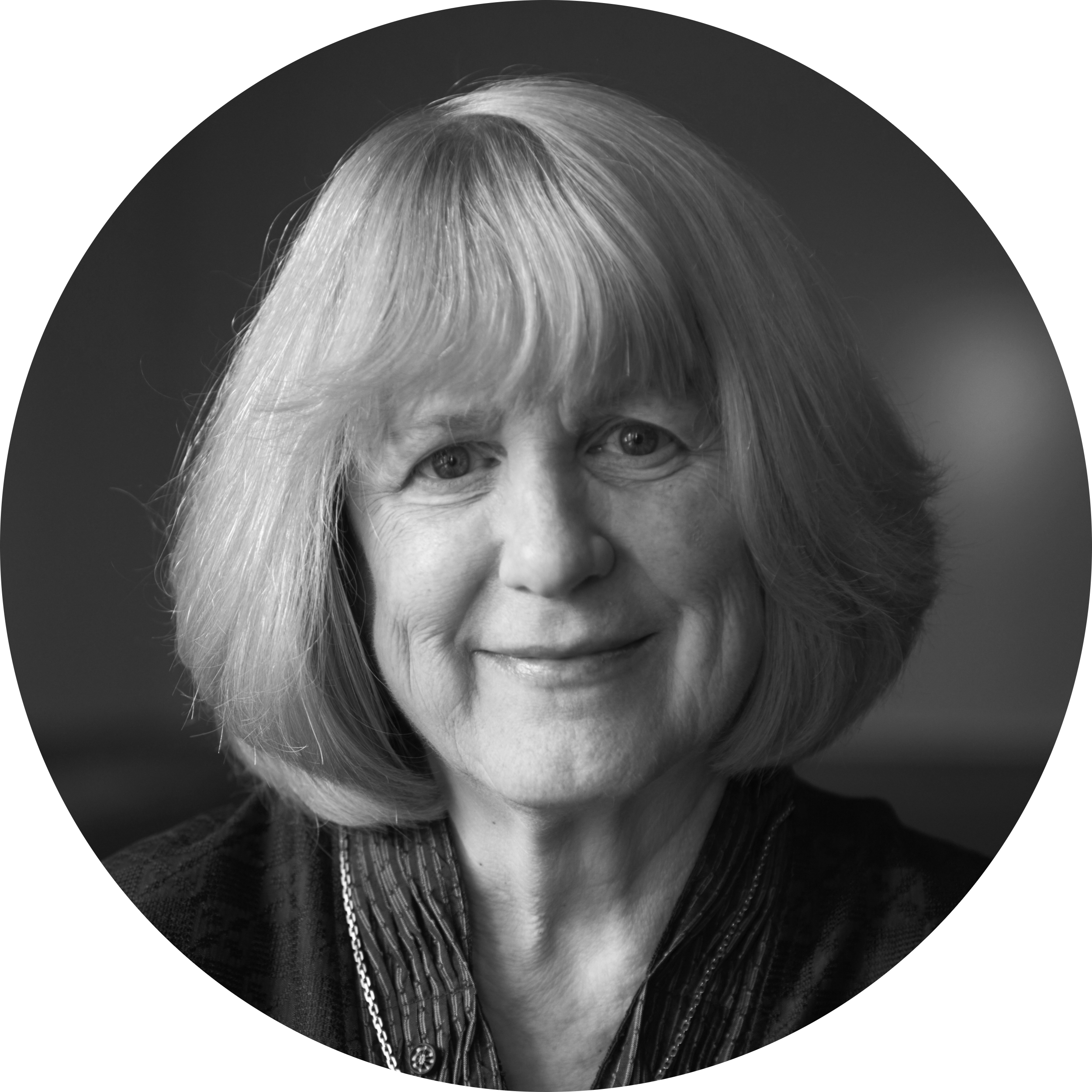 Mary-Claire King has been the American Cancer Society Professor of Medical Genetics and of Genome Sciences at the University of Washington since 1995. She has received many honors, including being elected to the National Academy of Medicine in 1994, to the American Academy of Arts and Sciences in 1999, and to the National Academy of Sciences in 2005. King served as the President of the American Society of Human Genetics in 2012, she won the Lasker-Koshland Award for Medical Research in 2014, and was awarded the National Medal of Science in 2016. She uses genomics, population genetics, molecular and cell biology, and the genetics of model organisms to study inherited breast and ovarian cancer, schizophrenia, inherited hearing loss, and neurological disorders in children. King has also been active in the development and application of genomics tools for human rights investigations. 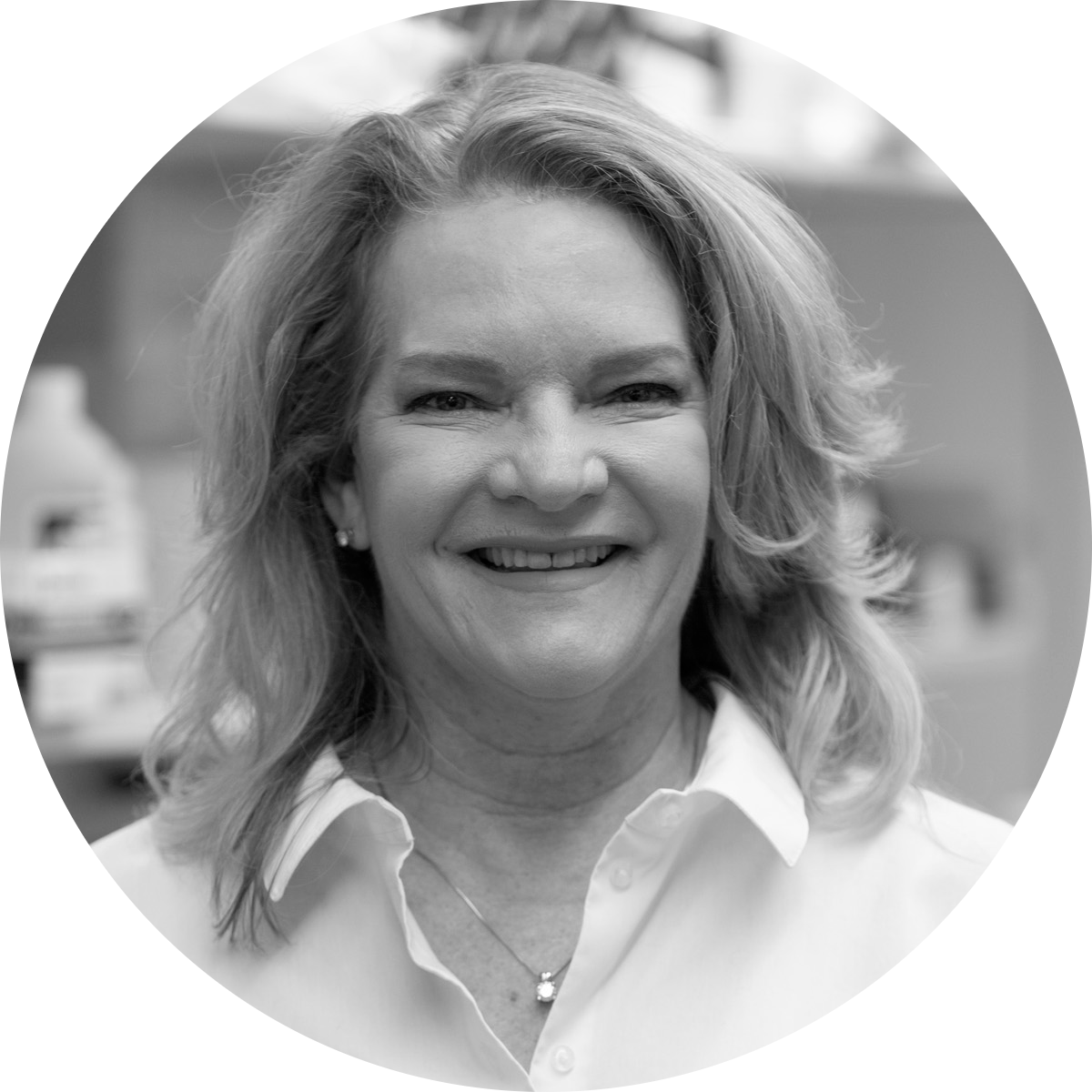 Elaine Mardis is co-Executive Director of the Institute for Genomic Medicine at Nationwide Children’s Hospital and the Nationwide Foundation Endowed Chair in Genomic Medicine. She also is Professor of Pediatrics at The Ohio State University College of Medicine. Mardis did postgraduate work in industry at BioRad Laboratories. She was a member of the faculty of Washington University School of Medicine from 1993–2016. She has authored more than 350 articles in prestigious peer-reviewed journals and has written book chapters for several medical textbooks. She serves as an associate editor for three peer-reviewed journals (Disease Models and Mechanisms, Molecular Cancer Research, and Annals of Oncology) and is Editor-in-Chief of Molecular Case Studies. Mardis has been listed since 2013 as one of the most highly cited researchers in the world by Thompson Reuters, she has been a member of the American Association for Cancer Research (AACR) since 2007, she is serving as the AACR President (2019–2020), and was elected in 2019 to be a member of the National Academy of Medicine. 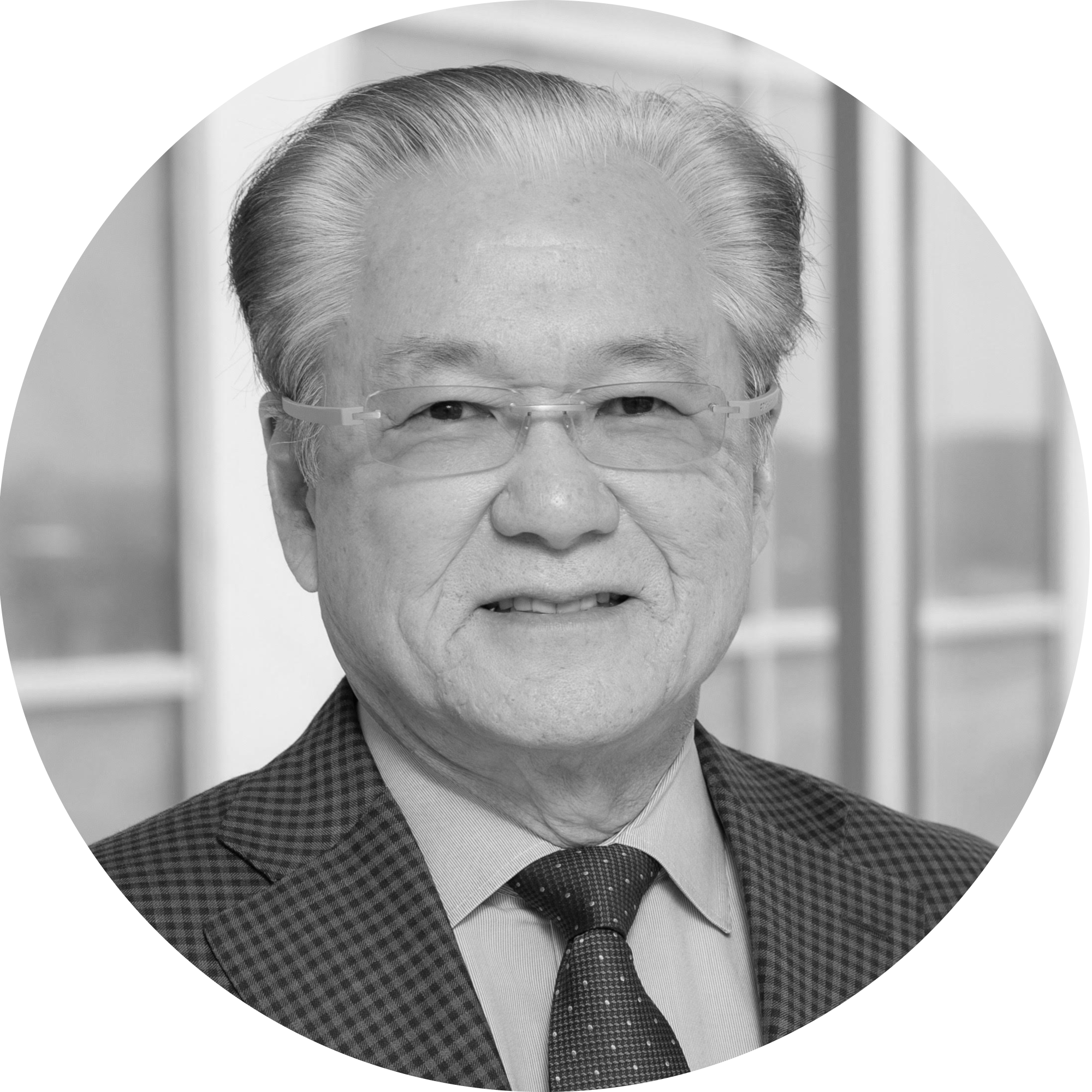 Joseph S. Takahashi is Chair of the Department of Neuroscience and an Investigator of the Howard Hughes Medical Institute at UT Southwestern Medical Center. He currently holds the Loyd B. Sands Distinguished Chair in Neuroscience. He is the author of more than 300 scientific publications and the recipient of many awards including the Honma Prize in Biological Rhythms Research, the National Science Foundation’s Presidential Young Investigator Award, Searle Scholars Award, Bristol-Myers Squibb Unrestricted Grant in Neuroscience, and the C.U. Ariens Kappers Medal. He received the W. Alden Spencer Award in Neuroscience from Columbia University in 2001 and the Gruber Neuroscience Prize in 2019, was elected a Fellow of the American Academy of Arts and Sciences in 2000, a Member of the National Academy of Sciences in 2003, and a Member of the National Academy of Medicine in 2014. Takahashi has served on a number of advisory committees for the National Institutes of Health, as well as scientific advisory boards for Eli Lilly and Company, Bristol-Myers Squibb Neuroscience Committee, the Genomics Research Institute for the Novartis Foundation, the Klingenstein Fund, the Searle Scholars Foundation, the McKnight Foundation, the Allen Institute for Brain Science, the Max Planck Institute for Biophysical Chemistry, and the Restless Legs Syndrome Foundation. He was also a co-founder of Hypnion, Inc., a biotech discovery company in Worcester, MA, that investigated sleep/wake neurobiology and pharmaceuticals (now owned by Eli Lilly and Co.). He is a co-founder of Synchronicity Pharma, a biotech company that works on the role of clocks in metabolism. He has served on the editorial boards for PNAS, eLife, Neuron, the Journal of Biological Rhythms, Neurobiology of Sleep and Circadian Rhythms, Genes, Brain and Behavior, and F1000, where he is Section Head, Animal Genetics, among others. 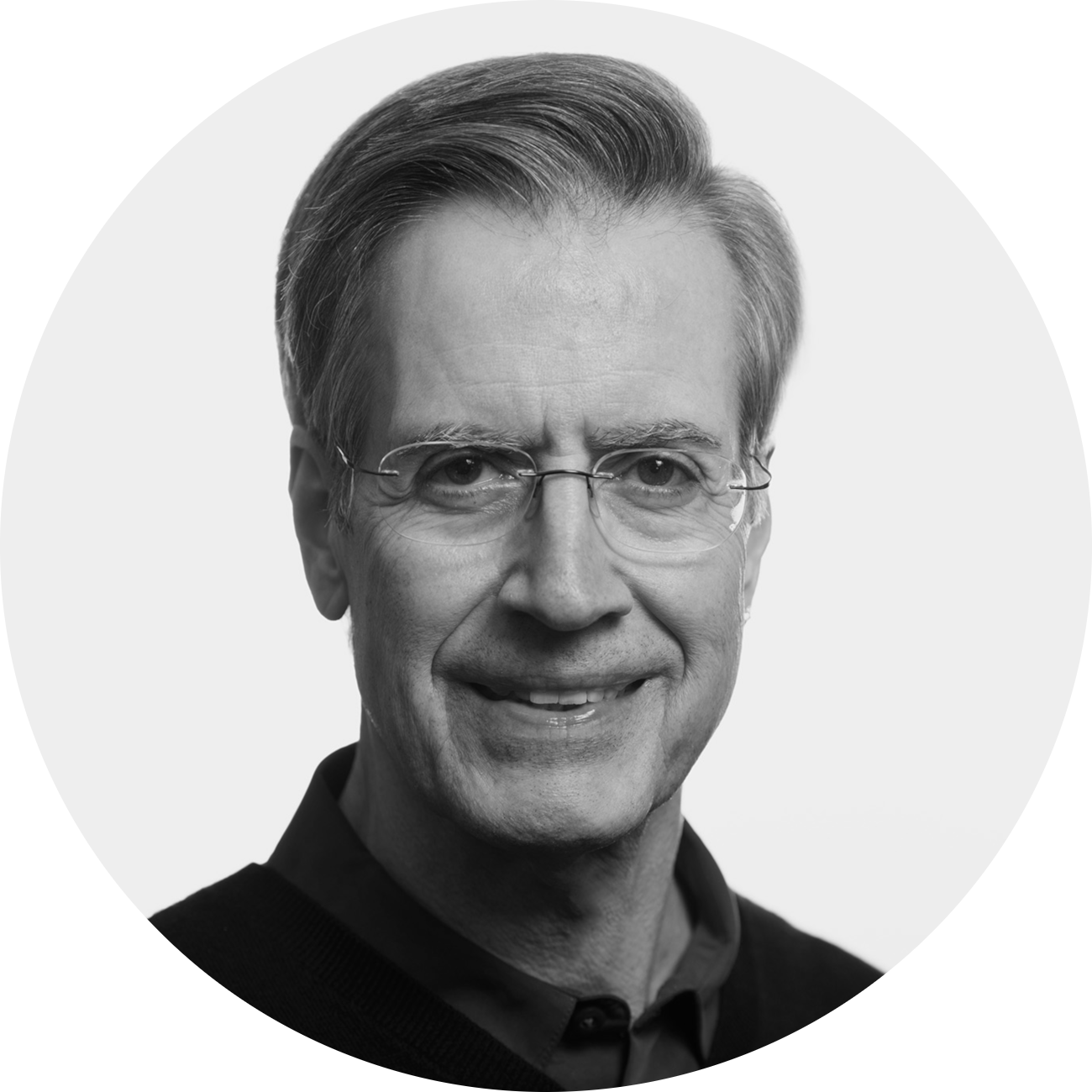 H. Steven Wiley is Laboratory Fellow and Senior Scientist in Systems Biology at Pacific Northwest National Laboratory (PNNL). He is a fellow of the American Association for the Advancement of Science and is notable for having received awards for both technical achievements (R&D 100) and scientific communications. Wiley was a pioneer in computational and systems biology, publishing some of the first models of receptor dynamics and signaling in the early 1980s. His work is notable for using quantitative measurements from multiple technologies, such as imaging, proteomics, genomics, and molecular biology to build predictive computational models of cellular networks, especially those involved in cancer. He started the systems biology program at PNNL as Director of the Biomolecular Systems Initiative, exploiting PNNL’s unique capabilities in proteomics, imaging, and computational biology. He has served as a scientific advisor to industry, multiple National Institutes of Health and National Science Foundation systems biology programs and consortia, and several systems biology programs in Europe. He is the author or coauthor of more than 160 scientific publications, including more than 25 review articles and book chapters. He also has written several commercial graphics and data analysis software packages. Wiley has served as a reviewer for more than 45 scientific journals, is an associate editor of Frontiers in Genetics, and serves on the editorial boards of BMC Biology and Biophysical Journal.