To survive in the world we have transformed, we must learn to think in a new way. As never before, the future of each depends on the good of all.1

Globalization has multiple personas; one of the more benevolent extols a world of mutual cooperation and interdependence. In recent weeks, much ink has been spilled over the contribution that science and technology can make to this idyll of global security and prosperity. Most notable of these was the debut of the InterAcademy Council,2 a long-overdue forum for national academies of science, and the launch of its first report, "Inventing a Better Future: A Strategy for Building World Capacities in Science and Technology."3 The document sets out new initiatives to strengthen national scientific capabilities, not just those in the economically developed world, but in all countries, and to promote global cooperation. 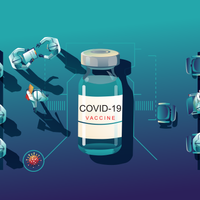