You might expect that newly minted science graduates - who presumably think of themselves as scientists, and who I'd thought of as scientists - would have a well-developed sense of what science is. So it's pretty shocking to discover that a large proportion of them don't have a clue. At least that's the case in the UK, going on the evidence of our Opinion author James Williams ("What Makes Science 'Science'?"). He found that a sizeable proportion of science graduates entering teacher training couldn't define what is a scientific fact, law or hypothesis. One young innocent, for instance, defined scientific theory as "an idea about something, not necessarily true." If that isn't playing into the hands of creationists, then I don't know what is!

Williams' findings demand a thorough assessment of what's being taught to science students. If, as seems likely, university science departments are churning out technically...

Those students who go on to grad school will presumably be exposed to aspects of the philosophy of science, if only through engaging in research. But this is not so for the group that Williams is working with, trainee teachers. It is an imperative that they and others that are headed into non-research careers have a strong foundation in the philosophy of science. These newly minted graduates are the frontline in promoting rational scientific thought to the community at large - in schools, banks, offices, publishing houses - wherever they take up employment.

Williams' calls for a core course in the history and philosophy of science to be taught to all science undergraduates strikes a chord. I'd add that a further course on the philosophy of biology should be required of students in the life and medical sciences. This is happening in some institutions, as you can read on the lively discussion ongoing at The Scientist Community ("Undergrad course in history and philosophy of science"). Please, if you have experience of effective courses, either as a teacher or student, contribute to the thread.

It's not just undergraduates that lack knowledge of the history and philosophy of science. To be honest I very much doubt that I'd get passing marks in a term paper on the subject and a lot of researchers - I'd venture to guess most - would be in the same boat.

One giveaway of how scientists think is to look at their everyday, informal interactions. Our Community website and numerous science blogging sites provide the opportunity to apraise this. Is the discussion logical, objective, disinterested, cautious? No! It turns out that scientists are as disdainful, vitriolic even, as everyone else, even in discussions about science.

Here's a recent examples from our site: "I absolutely do not accept the proposal above that an ignorant idiot serving up pious horsemanure should be coddled for his or her blithering idiot beliefs. Contempt is the only appropriate communication to such people...."

This is mild in comparison to the exchanges on other sites.

Scientists failing to adhere to the tenets of scientific discourse is beautifully captured in the novel Hopeful Monsters by Nicholas Mosley. He writes on the treatment of Lamarkian biologist Paul Kammerer: "But what is striking about the objections to Kammerer on the part of mainstream biologists... was that they did not point out rationally, as they might so easily have done, the flaws in his arguments and procedures; they seemed intent on impugning emotionally his honesty and even his sanity; they claimed that he was 'cooking' his results - even those that were so obviously tentative."

Sound familiar? This kind of abuse and the utilitarian certainty that dogs scientific discussions is a real problem. It debases the unique nature of scientific thought, and will diminish the long-term impact of science.

Let's get the interactions amongst ourselves right. Integrity, humility and respect layered on top of our necessary skepticism will encourage open dialog and creativity, and provide a solid foundation upon which to persuade the rest of the world about the validity of science. It's time to get back to our guiding philosophy. 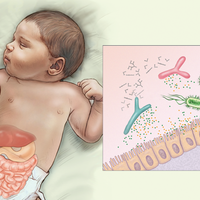